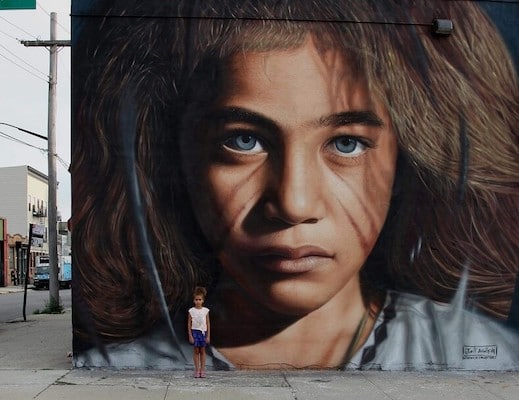 “Graffiti is the voice of protest and popular anger that from the ghettos of the big metropolis demand being heard,” Jorit told teleSUR English. Photo:Jorit

Italian street artist Jorit Agoch unveiled one of the largest and most impressive murals of the Latin American revolutionary Ernesto ‘Che’ Guevara days ahead of the 51st anniversary of his assassination at the hands of the Bolivian army in La Higuera, Bolivia.

“My life today makes sense only if it contributes to the progress of humanity in some way,” Jorit told teleSUR English as he explained the inspiration behind his work.

In August, the artist painted a mural of Palestinian resistance icon Ahed Tamimi, which got him and a comrade detained and then deported by Israel.

Jorit describes his work as his small contribution in the struggle to “free our humanity from the hands of imperialism and colonialism.”