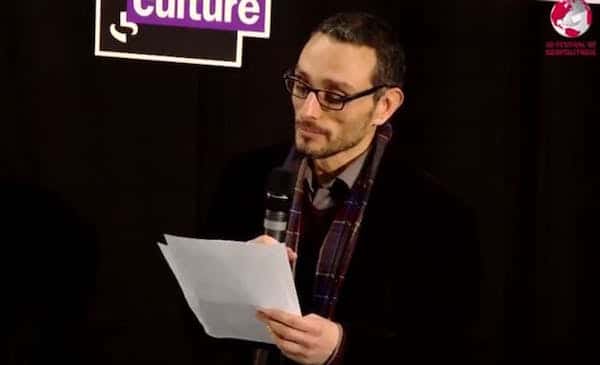 This article is the fifth and final in the debate series: “The impact reflected by Trump is here to stay”. This article argues against the motion. The fourth article in this series “Trump, education, identity and the perpetual feedback loop” expounds the nature of Trump-society feedback in arguing for the motion.

In his 1999 book The Bridge over the Racial Divide, William Julius Wilson wrote that economic insecurity creates conditions that hollow out the civic values of liberal democracy, and constitutes the “breeding grounds for racial and ethnic tensions”. He states “in this social climate, some conservatives in the United States have attempted to unite white Americans around anger at the government and racial minorities”.

That was 20 years ago–but it is not the first time that the smoke of ethno-nationalist fantasy has been used to obscure the smouldering flame of economic insecurity. It has happened before, and now, 20 years on, it is still happening.

John Bellamy Foster described how capitalist democracies face a continued threat of authoritarianism. This threat derives from their ongoing tension between two normative orientations: A political regime based on liberal democracy and civil rights, and a capitalist market orientation focused on economic efficiency and growth. The two check and balance each other; capitalism provides a productive base for liberal democracy; liberal democracy keeps capitalism livable, and gives it a human face. The political centre thus comprises a tension, a negotiation between forces that balance each other. Advocates for socialism wager that substantive democracy can be extended and universalised if society moves away from a capitalist mode of production. By contrast, fascism holds that capitalism can be better managed by unchaining it from liberal democracy and civil rights, and by strengthening executive power and the repressive apparatus to protect an economy unconcerned with human well-being.

At this historical moment, how should we confront the impact that Trump has made on this fragile balance?

In my brief argument, I will argue four points:

1. We must not make Trump the new normal

To see the impact of Trump as definitive and permanent means to ignore how it grew out of, and provides a caricature of late capitalism. Trump is neither new, nor normal. He is not new, because the figure he represents is a well-worn caricature of corporate power. Decades before his political pretensions, Trump was already seen as the paradigm of raw aspiration, cutthroat competition, in his television series, and in the published media. He is not normal, because what he stands for is not the everyman of the street he pretends to represent. Americans do not think like Trump, they do not act like Trump. Trump does not stand for America or American values. At least not yet.

2. Trump is a superficial symptom of a more deeply-rooted social crisis

The U.S. has been living through a social crisis that is multidimensional in nature, involving economic, cultural, and political aspects. Following Nancy Fraser, I describe this as an economic crisis of retribution, a political crisis of representation, and a cultural crisis of recognition.

In the economic sphere there has been a crisis of redistribution. This crisis is marked by stagnating wages since the mid-1970s and unprecedented growth in the top 1%, who now earn roughly a quarter of national income. It is also marked by the decline of the social safety net–in terms of the decline of the welfare state; the erosion of public goods–such as schools, hospitals, infrastructure and public services; as well as eroding worker rights and protections.

In the political sphere, there has been a crisis of representation. On the one hand, the increasing privatisation of public goods has made public services less representative of citizen needs and more beholden to shareholder demands. On the other hand, a hollowed out public sector has reduced the government’s ability to secure public safety through environmental regulations, food and pharmaceutical controls, and workplace safety legislation. This crisis of representation has reduced the public legitimacy of government and made it a prime target for accumulated frustration.

Finally, in the sphere of civil society, there has been a crisis of recognition. Emergent social movements during and after the civil rights era eroded the sense of a homogeneous national population and pointed out the lack of inclusion of women and minorities in the national conversation. American culture was revealed to be a mosaic of multicultural identities, rather than a melting pot of universal values. What could have been an opening to a deeper democracy through pluralism, in the light of the political and economic crises described above, was instead turned into a source of fragmentation and division.

These crises are interrelated and each represents one side of a social totality; however, the conversation has largely marginalised voices promoting economic justice, and has focused on political, but especially cultural, concerns as a substitute. The taboo of uttering the word “socialism”, ensured that the economic narrative went unheard. In this empty space, an ethno-nationalistic myth has come in to fill the void.

3. Trump’s identity and sovereignty discourses deflect attention from the roots of the situation

The struggle against economic injustice has been distorted into a crisis of national unity and ethno-national identity. It is not the poorest that voted for Trump–the poorest voted Democrat, and the median income of Trumps most ardent support, was, as John Bellamy Foster notes, over $70,000. But the less educated did significantly vote for Trump, suggesting that is not poverty per se, but middle class fears of backsliding into poverty combined with a lack of information about the true causes of that danger that led to ethno-nationalist support.

As a result, the danger of “losing the American way of life” has not been seen in its true light, as the consequence of growing economic inequality in post-industrial society. This inequality, which has continued uninterrupted for 40 years, has eroded the sense of solidarity and has led citizens to view their neighbors as competitors in a zero-sum game.

Exacerbating this sense has been a policy regime that insists on taking the low-road of cutting expenditures rather than the high road of investing in human capital, sustainable development and social stability. This growing inequality has eroded the possibility for liberal democracy to effectively govern the country, leading to the hollowing out of key social and democratic institutions; schools & university, health care, public health and environmental regulation, public infrastructure and services.

Apologists increasingly deflect the core of the problem onto ideological battles that colonise the media and blogosphere. Social tensions and stemming from public budget cuts are misleadingly attributed to so-called culture wars and diminishing patriotism. Inefficiencies from overstretched agencies, budgetary suffocation and privatisation are cynically blamed on government overreach and red tape.

In each of these displacements, economic causes are occluded, and replaced by artificial sweeteners such as race, nation or most ambiguously “the people”. The latter term is effective only because of its slipperiness of reference, and for that reason we should not consider Trump a populist. To speak for the people means to care about their needs and their livelihood. Trump’s false appeal was only possible because his predecessors did not take these needs and livelihoods seriously.

4. Trump ran as a Republican; but the underlying crisis is bipartisan

The legitimacy crisis facing the U.S. was not caused only by Republicans, but by the neoliberal capture of both parties. This is not a story of the failure of the centre to hold out against far-right extremists–it is the story of a centre that has not stayed true to its own values and its narrative of social justice, and has been dragged so far off the centre that it is itself increasingly indistinguishable from those on the right that it critiques.

In conclusion, The Trump presidency is a symptom of a system crisis that has been building for many years, and is a continuation, not a rupture, of that system. Ethno-nationalist politics is an ulcer in the upset stomach of American capitalism, a condition that will pass if given the right treatment and care. But when America is tired and overworked and its social fabric is sapped, the ulcer returns, and worsens, and eventually becomes deadly. Democratic values continue to live as long as we continue to speak; however, until we address the economic and social injustices this strain on our social fabric–this affliction–will return, in ever worsening forms. This injustice is not normal; it is not permanent; let us do what we can each day to remember the world that will come after this has passed.