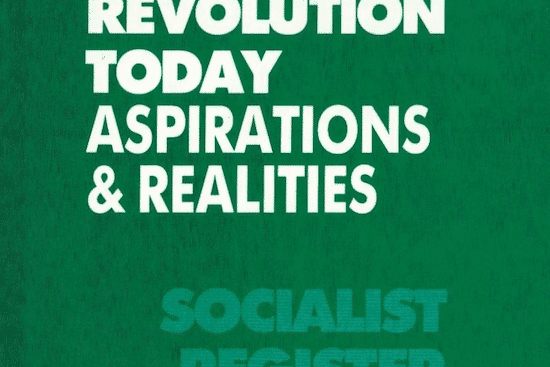 A friend has assigned one of Norman Geras's essays ("Our Morals: The Ethics of Revolution") for his undergraduate course, & as a consequence all the students have to fill in a special form, in accordance with the university's implementation of the Government's PREVENT policy.

As a result of PREVENT, an academic was required to send the following to third year undergraduates taking an optional module. The required piece in question is Norman Geras’ ‘Our Morals: The Ethics of Revolution’.

As you will probably be aware, the last of the nine substantive topics considered in this module is the permissibility and appropriateness of revolutionary violence. As a result, the material covered in the module falls within the University’s understanding of its legal responsibilities under the UK Government’s PREVENT programme, which is designed to reduce the threat terrorism poses to the UK.

When completing the form, I suggest you fill the section ‘Material’ as follows:

The module includes a discussion of the conditions under which revolutionary violence may be acceptable. Students are required to read a journal article which defends the use of revolutionary violence, including against groups and individuals who are not members of the armed forces, in circumstances of obvious injustice, and several other academic pieces on the reading list cover similar topics and express similar views. These articles are widely available through electronic databases to which the University offers students access without any checks.

You should fill out the section ‘Relevance’ as follows:

I am very sorry that you have to do this. I was informed of this policy after I had put together the module for this year, and would have thought differently about what I included if I had known of its requirements. Please let me know if you have any questions.’

An essay by a prominent leftwing academic that examines the ethics of socialist revolution has been targeted by a leading university using the government’s counter-terrorism strategy.

Students at the University of Reading have been told to take care when reading an essay by the late Professor Norman Geras, in order to avoid falling foul of PREVENT.

Third-year politics undergraduates have been warned not to access it on personal devices, to read it only in a secure setting, and not to leave it lying around where it might be spotted “inadvertently or otherwise, by those who are not prepared to view it”. The alert came after the text was flagged by the university as “sensitive” under the PREVENT programme.

The essay, listed as “essential” reading for the university’s Justice and Injustice politics module last year, is titled Our Morals: The Ethics of Revolution. Geras was professor emeritus of government at the University of Manchester until his death in 2013. He rejected terrorism but argued that violence could be justified in the case of grave social injustices.…

The University of Reading said: “Lecturers must inform students in writing if their course includes a text deemed security-sensitive, and then list which students they expect will have to access the material.

“As laid out in the Counter-Terrorism and Security Act 2015, the University of Reading has put policies in place to take steps to prevent students being drawn into terrorism.” One aspect of this is to safeguard staff and students who access security-sensitive materials legitimately and appropriately used for study or research.”

Norman Geras’s writings were and are important to many people on the left.

To give just one example, I re-read his critique of the ‘post-Marxism’ of Ernesto Laclau and Chantal Mouffe only a few months ago: “Post Marxism?“ New Left Review, 1/163 (1987) and “Ex-Marxism without Substance: Being a Real Reply to Laclau and Mouffe,” New Left Review, 1/169 (1988). They were followed by his criticisms of post-modernism and the retreat from Marxism in Seven Types of Obloquy: Travesties of Marxism ( Socialist Register 1990)

Books such The Legacy of Rosa Luxemburg (1983) and 1983: Marx and Human Nature: Refutation of a Legend remain significant essays in democratic Marxist theory.

Like many on the left I had the chance to meet Norman, one of the most approachable of academics.

I had, and have, an interest in ethical theory and asked his opinions on Marxism and morality (see story above). We had some correspondence on the issue, covering what many consider to be the ethical void of Leninism.

In the Essay handled with Kid Gloves he wrote, that sometimes the need for justice trumps the absolute respect for human rights but that,

If there are indeed circumstances to make some moral crimes unavoidable, it is still necessary to have the rules and restraints which define them as crimes and which serve as a barrier against the avoidable ones. Socialists surely have good reason to be on their guard against forms of argument that are used to throw off all ethical constraints from around the conduct of war; and that were used, specifically, to justify opening the latest and potentially the most lethal chapter in the history of human warfare. Where there are established parliamentary democracies, with a set of basic civil and political rights and freedoms protected under law, there is no right of revolution on account of tyranny. There is a right of social revolution–on account of grave injustice–against the capitalist forms of power, wealth and privilege over which these democracies preside, but the thing is complicated by the claim the latter make to democratic legitimacy.

You can read Our Morals: The Ethics of Revolution (Socialist Register 1989) through this link.

When Norman Geras backed the Euston Manifesto (2006), an initiative which my part of the left, the democratic Marxists, roundly criticised (including an article I wrote in a left-wing paper), I could not help but feel that this burning concern with justice continued to inspire him. The Euston Manifesto was much less qualified on human rights:

We hold the fundamental human rights codified in the Universal Declaration to be precisely universal, and binding on all states and political movements, indeed on everyone. Violations of these rights are equally to be condemned whoever is responsible for them and regardless of cultural context. We reject the double standards with which much self-proclaimed progressive opinion now operates, finding lesser (though all too real) violations of human rights which are closer to home, or are the responsibility of certain disfavoured governments, more deplorable than other violations that are flagrantly worse. We reject, also, the cultural relativist view according to which these basic human rights are not appropriate for certain nations or peoples.

Reading University has reminded me, and others, not just that we miss Norman, but that it would be good to hear his views today.

I would enjoy hearing or reading his opinions on the work about human rights which some of us have developed, beginning from a different starting point in Claude Lefort and the more Marxist views of Étienne Balibar and present days debates about Giorgio Agamben. Not to mention the book I am reading at present (in relation to Jacques Rancière’s theories of Dissensus and ‘post democracy’) Relire la Révolution (2016) by Jean-Claude Milner which turns again to the “ethics of revolution”.

Reading University has also reminded us that there is no fool like a learned fool.