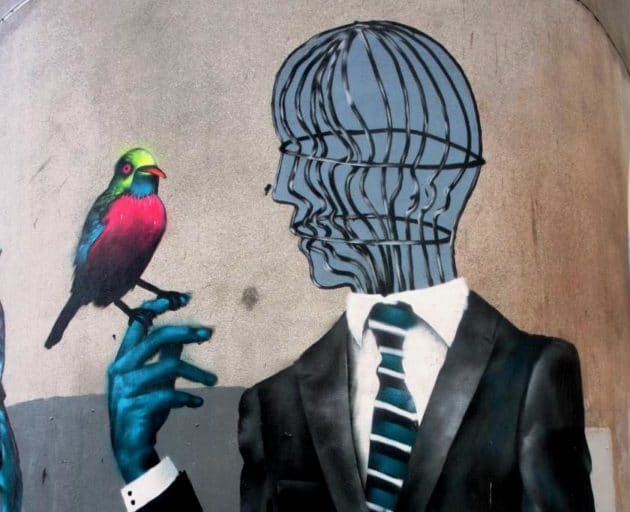 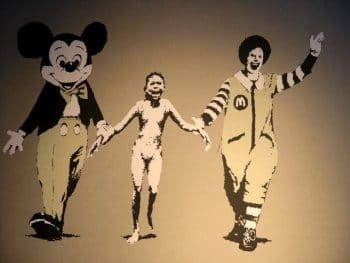 It is everywhere. In a few years, it has metastasized like a cancer, on all continents. Its fervent proponents and ill-informed supporters call it populism or nationalism. In the Italy, Germany, or Spain of the 1930s, however, this ideology of exclusion and fear, defined by a hatred of the other, together with a tyrannical executive power, was called by its proper name: fascism. Mussolini in Italy, Hitler in Germany and Franco in Spain were the bloodthirsty tenors of capitalism’s symphony orchestra, singing the deadly opera quietly conducted by the military-industrial complex. When the fascism-induced collective psychosis was put to an end in 1945 by Russia and the Western allies, between 68 and 80 million people had been slaughtered worldwide. 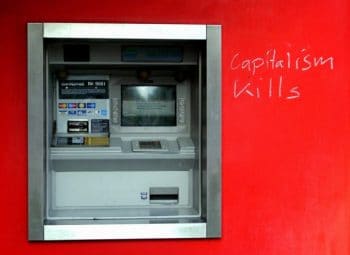 The disease, expressed by the term Deutschland Uber Alles (Germany above all else), was also contagious. It has been repackaged under the thinly concealed Make America—or Italy, Austria, Hungary, Brazil, or Israel—Great Again. The doctrine of one country above all else is, in reality, the best way to justify the tyranny of the State against its own population. Constant threats, external or internal, mostly fabricated and hugely amplified by subservient media, keep societies on edge and make people tolerate or, even worse, embrace an omnipresent security apparatus, either military or police. Fascist regimes always blur the line between military and police. Why not, indeed, be able to deploy your military against your own citizens if you have brainwashed them with the notion of lurking internal enemies? After all, fear and paranoia are the most powerful vectors of the global Orwellian empire we live in.

The nexus of fascism and capitalism

The neofascists have draped themselves in the flag of populism and nationalism and therefore have disingenuously convinced their supporters that they are the champions of a fight against globalism, elitism, and the corruption of the neoliberal political system. They are, however, fierce proponents of dog-eat-dog capitalism and its abject systematic exploitation of labor. Fascists enthusiastically support the global military-industrial complex as well as capitalism’s senseless exploitation of resources through mining and deforestation. For fascists, just as for capitalists, wealth must be concentrated in fewer hands, and money may circulate across borders without constraint while ordinary people may not. 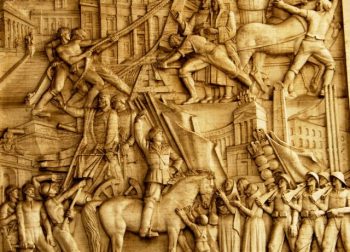 There is indeed nothing new under the sun. If industrialists today profit from wars on both sides of conflicts, giant U.S. companies such as Ford and General Motors did the same in the build up to and even during World War II. Historian Bradford Snell wrote, more than 20 years ago, that “the Nazis could not have invaded Poland and Russia without GM.”  The cozy relationship of Ford and GM with the Nazi regime went back to the early 1930s. Henry Ford himself was a Nazi supporter, and Hitler was a fan of the automaker. The two companies, Ford and GM, credited themselves with being “the arsenal of democracy” by transforming their production lines for U.S. military purposes, but they were also, openly at least until 1942, the arsenal of fascism. 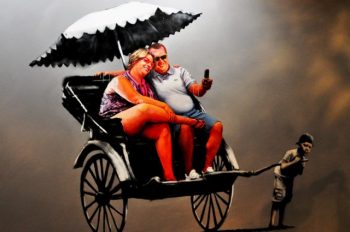 The same apparent schizophrenia is at play today. Just like Ford and GM were complicit with the Nazis, global capitalism, driven by the merchants of death of the military-industrial complex, is profiting from war crimes by, for example, selling a massive amount of weapons to the Islamo-fascist regime of Saudi Arabia, which is currently committing crimes against humanity by killing thousands of civilians and starving the entire population of Yemen. These war crimes are committed with weapons made in the USA, the UK and France, in the respective order of the volumes sold to the Saudis. France has a liberal and pseudo human-rights champion as its leader in the person of Macron. Nevertheless the booming French military-industrial  complex sells 7 billion Euros worth of weapons per year. India, Saudi Arabia, and Egypt are the top buyers of death made in France: a criminal industry that employs more than 200,000 people. 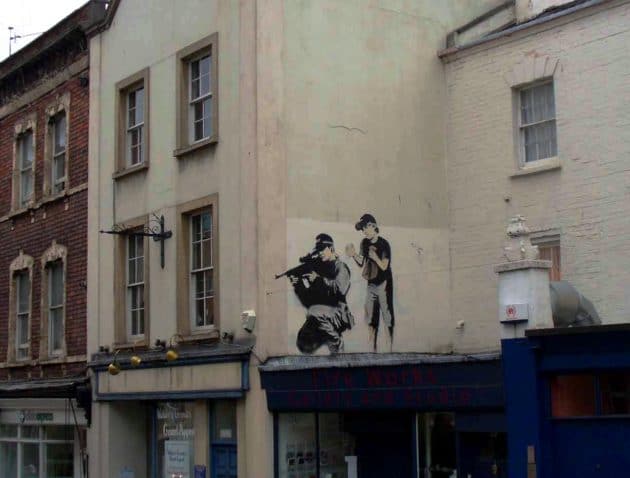 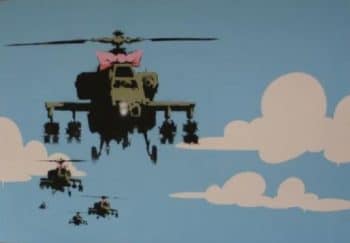 The likes of Trump, Salvini, Kurz, Orban and Bolsonaro were elected largely on the false premise and racist notion of culture wars and clash of civilizations: the mythical threat that, in an already multi-ethnic world, immigrants, the outsiders often with darker skins or another religion, represent an existential peril for host countries. The neofascists have risen by building mental walls of hatred in fortress Europe and fortress America. The worldwide proliferation of neofascism constitutes a new form of ideological globalization, and global capitalism is banking on it. For example, once it became obvious that Bolsonaro would be elected president of Brazil, the country’s stock market rose by 13 percent in two weeks while all the major international markets fell. During World War II the fascist axis powers were Germany, Italy, and Japan. Now they are the U.S., Italy, Austria, Hungary, Brazil, and India to some extent. All of it has the curious blessings of the mighty little State of Israel and the large money bags called the kingdom of Saudi Arabia and United Arab Emirates.

The global rise of fascism will change a landscape already on shaky ground. Trump’s National Security adviser, John Bolton, has already set the agenda and put in the neofascist crosshair Venezuela, Cuba, and Nicaragua, which he called the “troika of tyranny.” Naturally, Bolton counts on the new fascist regional helpers of U.S. imperialism, Colombia and Brazil, to enforce a revived full-blown Monroe Doctrine.  In Europe, neofascists have risen to power in Hungary and the coalition governments of Italy and Austria. Their ideological comrades in Germany, Poland, France, Sweden, and the Netherlands have not risen to power, but their political clout is quickly growing. This rise of the neofascists, combined with the UK’s Brexit, is jeopardizing the European Union. In these developments, Steve Bannon of the U.S. is playing the part of a fascism ideologue and black-clad eminence grise. 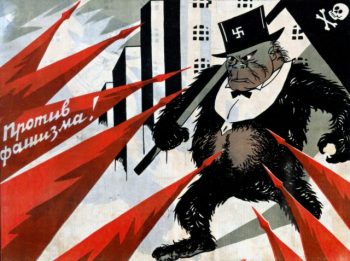 The Russians, for their part, have developed a dangerously cozy relationship with today’s European fascists, as if the history of World War II has not taught them anything about fascism.  The pact of non-aggression between Nazi Germany and the USSR, signed in August 1939, not only allowed Hitler to unleash his killing spree on the West, but also did not prevent the German army from launching an attack two years later on the USSR. Stalin’s strategic mistake resulted eventually in the deaths of 27 million Soviet citizens. In the current context, it seems that a potential dismantlement of the EU is one of the only geopolitical goals that Russia and the U.S. can agree on. As an example, the Russians as well as the U.S.’ Bannon like and promote Italy’s powerful Interior Minister Matteo Salvini, a rising star of European neofascism and a euro-skeptic whose motto is: “Make Europe Great Again!” 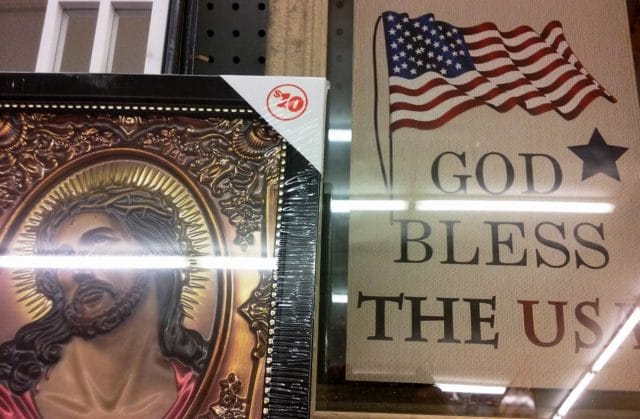 Gott Mit Uns (God with us)

“Gott Mit Uns,” in raised letters around an eagle and swastika, was the inscription that adorned the German army’s belt buckles during World War II. If there is a God, his power certainly did not much help the soldiers of the Third Reich! That being said, there is definitely a religious track in the rise of global fascism. In the U.S. and in Brazil, the vote of the evangelical Christians was a primary factor in the elections of Trump and Bolsonaro. “Born-again” Christian fundamentalists in the U.S. are mainly concentrated in the formerly Confederate Southern states of the Civil War. These evangelical fundamentalist communities largely reject evolution, secularism, and the reality that climate change is man-made. Many in these communities believe that the U.S. should be a Christian state. These Christian fundamentalists are the most reliable voting block for Trump, just as they were for George W. Bush. Well-funded far-Right fundamentalist think tanks like The Heritage Foundation have been pulling the strings in the background since the early 1970s. 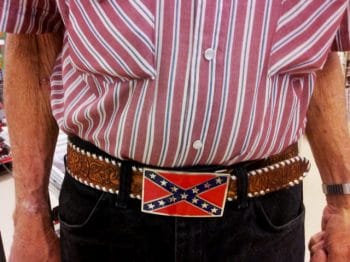 Brazil’s Bosonaro was raised a Catholic, but he became, in what could be viewed as a cynical political calculus, a “born-again” evangelical. The evangelical voting block arguably gave him the edge on his opponent during the country’s October 2018 presidential election. Meanwhile, in what they see as fortress Europe, the European fascists have embraced their so-called Christian heritage, and they fuel anti-Islam sentiments, blurring the line between racism and religious intolerance. In Israel, under what can be called PM Netanyahu’s Judeo-fascism, Palestinians are dehumanized and persecuted, as the Jews were in Europe’s pogroms. In Saudi Arabia, the Islamo-fascist Mohamed bin-Salman does the same by painting Iran’s Shiites as heretics and terrorists. In India, PM Modi, who is considered by many Indian Muslims to be a Hindu-fascist, is also using religion to create conflicts and justify massive military spending. In brief, religious fundamentalists of all stripes are today the neofascists’ best assets to manipulate people and turn them, often violently, against each other.

In the mold of Trump in the U.S. and Bolsonaro in Brazil, neofascists are by-and-large climate change deniers, or “skeptics,” as they prefer. After all, the Lord or Allah knows best and holds the key to their destinies. For the rest of us, who do not expect God to have an extra planet Earth in his back pocket, the rise of global fascism offers a grimmer prospect for humanity’s survival. Under the jackboots of the global fascism stormtroopers, the little that is left of our shattered ecosystem will meet its final solution. Bolsonaro could engineer a tabula rasa in the Amazon, which is considered the lung of the earth, due to its capacity to absorb CO2. The super-rich who control global capitalism will give carte blanche to their fascist surrogates to grow and use a massive military-police apparatus to repress the billions of climate change refugees and victims of ecological collapse. Despite their assumptions and planning, discretely run by the Pentagon based on climate change becoming a national security issue, climate change will be capitalism’s end game. All the gold and diamonds in the world will not stop the storms or shield the atmosphere from the deadly rays of a blazing sun.