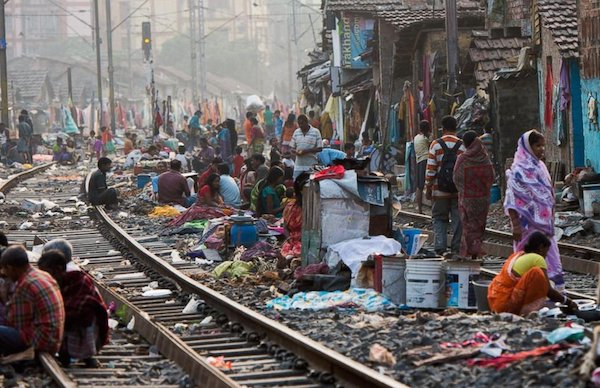 The level of economic activity under capitalism is subject to prolonged ebbs and flows. When the economy is on an upswing, this very fact acts as an elixir that emboldens capitalists, who begin to expect that the “good times” are going to continue; this makes them less worried about taking risks, more “adventurous”, and hence more prone to taking “bolder” decisions in their asset preference. And because of this they also undertake investment in physical assets like construction, equipment and machinery which makes the boom continue, and thereby justifies their euphoria.

The opposite happens when there is a downturn. It introduces a gloomy outlook among the capitalists; they become more acutely conscious of risks, become scared in their asset preference, and curtail their investment, preferring to hold money instead which is a riskless asset (though it earns nothing). This very fact in turn makes the slump prolonged, and thereby justifies their fear of taking risks.

This very obvious feature of capitalism, namely the self-sustaining euphoria associated with a boom and the self-sustaining gloom associated with a slump, has a bearing on the issue of diffusion of development to the third world. We are talking here of diffusion that spontaneously occurs through the working of unfettered capitalism of the sort that neoliberalism typifies, not diffusion brought about through deliberate third world State action involving protectionism and such like.

What this means is that the very “pundits” who were lauding the higher growth in the third world compared to its own past during the boom years of neoliberalism, and employing such growth as evidence of the beneficial effects of neoliberalism (conveniently forgetting even at that time that a process of primitive accumulation of capital was being unleashed against peasants and petty producers, which swelled the labour reserves to the detriment of all working people including even the unionised workers of the organised sector), will now have to eat their words. As the world capitalist recession continues and even gets accentuated, as finance begins to flow back increasingly to the metropolis as is already happening (resulting in a depreciation of several third world currencies, including above all the rupee, vis-à-vis the U.S. dollar), investment and growth rate in the third world will dry up to an even greater extent than in the metropolis.

Since there is no end to the capitalist recession in sight, and since protectionism as is being practiced by Trump will only worsen the world crisis by intensifying the gloom about the future (even though the U.S. may temporarily gain from this “beggar-my-neighbour” policy, only until others retaliate), the particularly acute distress of the third world that this recession brings with it, will also be a prolonged phenomenon. The third world in short is sinking into a prolonged period of stagnation. This will bring acute distress to the working people, since the primitive accumulation of capital at the expense of the peasants and petty producers that had accompanied the capitalist boom, will continue unabated, while stagnation will only further reduce employment generation within the capitalist sector.

The Great Depression of the 1930s had followed the collapse of the long Victorian and Edwardian boom, and during the Depression only those third world countries had flourished which had managed to delink themselves from the web of unfettered world capitalism by imposing controls over trade and capital flows. Notable among these were the Latin American countries that had embarked on a “nationalist strategy” of import-substituting industrialisation after overthrowing the local oligarchies that had been in cahoots with imperialism. Colonised economies like India, by contrast, though they did see some industrialisation since even the colonial regime had to introduce a meagre amount of what was called “discriminating protection” to appease the local bourgeoisie, did not see enough of it.

We are once more entering a period of significant political upheavals and economic changes within the world capitalist system, as a consequence of the crisis whose impact on the third world, as suggested above, will be particularly acute.

One thing however is indubitable. An impression had been created of late that the third world can overcome its economic misery even while remaining within the orbit of world capitalism, that neoliberalism was giving rise to a diffusion of development to the third world from the metropolis which was so pronounced that the earlier argument about socialism alone creating conditions for overcoming the third world’s economic travails, had become passé; and even if some residual poverty remained within the third world despite rapid growth, it was only a matter of time before that too would disappear through a “trickle down” of growth. Capitalism in short was the panacea for mass poverty in the third world and not its progenitor as the Marxists had been arguing. The crisis that is enveloping the third world economies at present, is putting an end to that claim.