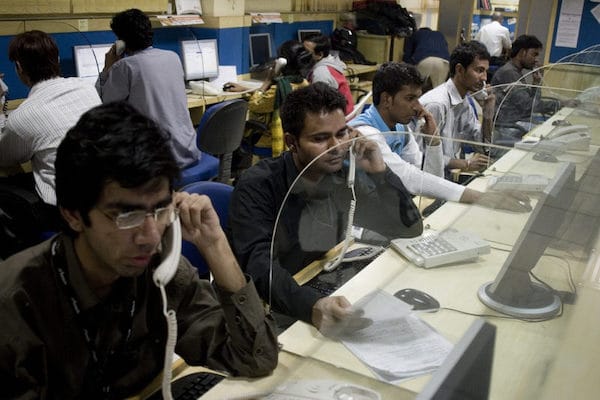 Received wisdom holds that history has proven Marx’s theory of the working class to be wrong. This claim hinges on the so-called gravedigger thesis.

According to leading industrial relations scholar Paul Edwards, central to Marx’s theory of the working class is the prediction that “that there is an inherent tendency for the working class to identify and struggle for specific class interests, in particular, the overthrow of capitalism.” For Edwards, “any proper Marxism” must endorse this thesis.

Similarly, sociologist Paul Thompson, whose innovative research on work and employment draws heavily on Marx’s concepts and categories, insisted his theory is not Marxist because it does not hold that “the proletariat would be compelled to challenge and transform class society by virtue of its objective location in the system of production.”

And the influential Marxist sociologist Michael Burawoy asserted “Marx claimed that there were tendencies immanent in capitalism that would reveal to workers the movement behind appearances.” Burawoy concluded that “History has shown that Marx’s prognosis was inadequate.”

It is true that in The Communist Manifesto, Marx and Engels wrote: “What the bourgeoisie therefore produces, above all, are its own grave-diggers. Its fall and the victory of the proletariat are equally inevitable.” But a wider reading of his work demonstrates this was a rhetorical flourish, intended to incite the working class to action, not a scientific prediction.

The Manifesto is a political pamphlet–the first edition of which was just 23 pages long–whose express purpose is to educate and agitate the working class. It’s very existence assumes that the development of revolutionary class consciousness is not inevitable; if it were, there would be no need for such a political manifesto!

The gravedigger statement appears in a section of the Manifesto which presents a sketch of history beginning with ancient Rome and running through the 19th century in ten pages! The entire discussion of capitalism and the impending, “inevitable” capitalist revolution is articulated over just six pages.

The absence of the gravedigger thesis in Marx’s mature writings

The gravedigger thesis is almost completely absent from Marx’s mature scientific writings. In the three volumes of Capital, comprising over 2,000 pages of text, Marx discussed it only in a three-page section of Volume I, reprising the sketch advanced over six pages in the Manifesto.

In Marx’s journalistic writings, including The Eighteenth Brumaire and The Class Struggles in France, he was deeply attuned to the fragmentation of classes and the complex set of political and ideological processes needed for structurally based classes to develop into class-conscious social movements.

His mature scientific writings emphasized the obstacles to the formation of a united, class-conscious proletariat, including the fragmentation of the working class along lines of skill and authority, the mystification of class relations by capitalist institutions, the material dependence on a wage, and rising living standards.

What, then, was Marx’s theory of the working class?

Calling the proletariat the revolutionary class, capitalism’s gravedigger, was, as Hal Draper observed, “not a description of current events” but rather a designation of the proletariat as “a class with the historical potential of making a revolution.” While the bourgeois revolution concentrated power in the hands of a minority class, the proletarian revolution would transfer power to a class representing the majority.

Marx proposed that capitalism is based in a class structure consisting of a small capitalist class and a large working class encompassing the vast majority of the population. Rather than seeing a universal process of deskilling resulting in a homogeneous, unskilled working class, as is commonly attributed to Marx, he argued that capitalism would require a complex division of labor including unskilled workers, skilled workers and a hierarchy of managers to coordinate it all.

In The Grundrisse, he wrote that even under the division of labor, there will remain “a hierarchy of labor-powers, to which there corresponds a scale of wages.…Alongside of the gradations of the hierarchy, there appears the simple separation of the workers into skilled and unskilled.”

In Capital Vol III Marx theorized how the detail division of labor would require a complex managerial hierarchy: “An industrial army of workers under the command of a capitalist requires, like a real army, officers (managers) and NCOs (foremen, overseers), who command during the labor process in the name of capital.” 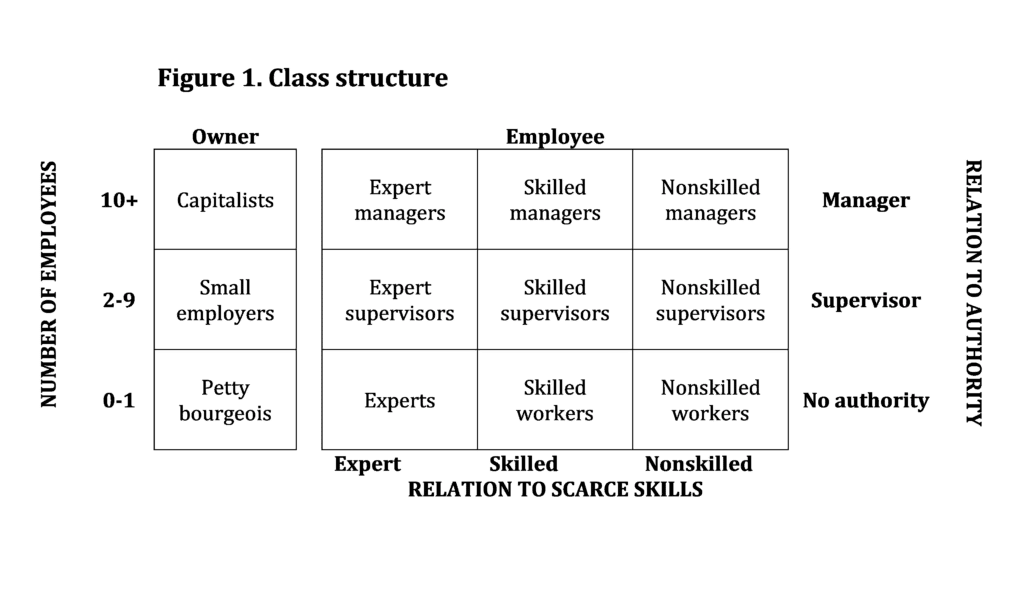 Based on the foregoing definition, the working class as a percentage of the total labor force is 76% in Sweden, 71% in the UK, 67% in the U.S., and 66% in Canada and Norway. Japan is an outlier, having fully 23% of its population in self-employment and 53% in the working class.

Marx’s prediction that capitalism would generate an expanding working class, constituting the majority of the population and having no ownership stake in the means of production, has been borne out. However, it remains internally differentiated along lines of skill, authority, identity and political orientation. This is the central issue for class analysis and class politics.

Marx’s writings on class are fragmentary, but he consistently argued that it is only through active struggle–that is, an active labor movement and party organization–that working-class consciousness spreads.

In The German Ideology, Marx and Engels wrote that “Both for the production on a mass scale of this communist consciousness, and for the success of the cause itself, the alteration of men on a mass scale is necessary, an alteration which can only take place in a practical movement, a revolution.”

In The Poverty of Philosophy Marx argued that common interests are not sufficient for the development of class consciousness:

Economic conditions had first transformed the mass of the people of the country into workers. The combination of capital has created for this mass a common situation, common interests. This mass is thus already a class as against capital, but not yet for itself. In the struggle, of which we have noted only a few phases, this mass becomes united, and constitutes itself as a class for itself.

Finally, in Capital Vol I, Marx emphasized how a combination of dominant ideology reproduced outside of capitalist production along with the material dependence on a wage worked to obstruct the realization of working class consciousness:

The advance of capitalist production develops a working class which by education, tradition and habit looks upon the requirements of that mode of production as self-evident natural laws.…In the ordinary run of things, the worker can be left to the “natural laws of production”, i.e. it is possible to rely on his dependence on capital, which springs from the conditions of production themselves, and is guaranteed in perpetuity by them.”

Marx’s theory of the fetishism of commodities proposes that capitalist institutions mystify the operation of the market economy and the true source of profit (the labor of workers).

In sum, Marx consistently argued that only active class struggle (union organizing and party politics) can change worker consciousness; absent such, the common working conditions experienced by the vast majority of the working class will be insufficient to ensure the development of revolutionary working-class consciousness.

He also argued that the institutions of society present capitalism as natural and inevitable, that workers are dependent on wages for a living and that under capitalism living standards increase, even for the working class (but at a much slower rate than productivity growth and the accumulation of capital).

The questions he asked and analytical categories he developed remain the best source for understanding capitalism.