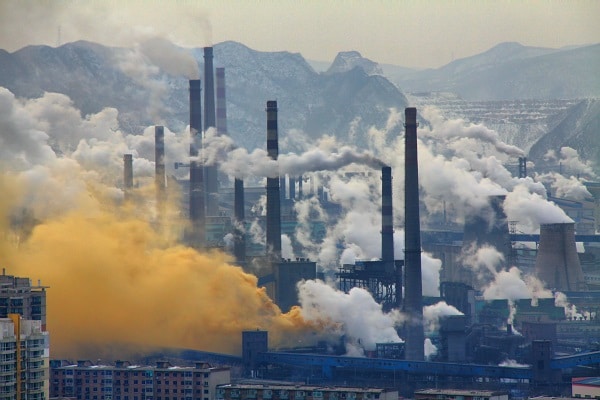 Why are societies failing to effectively respond to climate change? Why is it that “environmental degradation increases amid the growth of environmental attention and concern,” as Alexander Stoner and Andony Melathopoulos put it?

Environmental sociologists have examined many possible confounding factors, including:

We build upon the latter analysis by drawing from the Marxist conception of ideology as ideas and practices that conceal social contradictions.

To analyze climate change policy, we use Jorge Larrain’s typology of contradiction-concealment: contradiction denial, misunderstanding, displacement, and dilution. We argue that societies are failing to adequately respond to climate change in part because mainstream climate policies conceal and maintain the contradictory social order that drives climate change.

In short, dominant climate policy mechanisms (“green” markets, technology, and growth) are based on assumptions that conceal one or both contradictions.

Climate policies which seek to reform markets within the existing social order (e.g., cap and trade schemes) misunderstand the capital-climate contradiction by naturalizing social categories (monetary prices) and viewing them as inherent properties of natural objects. Further, by accepting capitalism as a given, market-based solutions demote alternatives that may be able to adequately address climate change.

Climate policies which focus on greening technology within the constraints of the existing social order (e.g., efficiency improvements) “displace” the technical potential-productive relations contradiction by presupposing that old technologies are the cause of climate change, rather than interpreting “dirty” and “green” technologies in social context. The latter perspective allows one to see that the potential of reducing carbon emissions depends on changing the social structures and interests that condition them.

The “green growth” strategy conceals both contradictions by conceptually reconciling elements that are irreconcilable in reality: continued economic growth and deep emissions reductions. The very notion of “green growth” epitomizes the concept of ideology, which Jorge Larrain defines as “a solution in the mind to contradictions which cannot be solved in practice; it is the necessary projection in consciousness of man’s practical inabilities.”

Why does it matter that mainstream climate policy conceals contradictions via ideology? The problem is twofold: (1) ineffective policy and (2) the reproduction of an inherently unsustainable social order.

Green technologies and carbon markets have had limited and paradoxical impacts. Efficiency gains are in many cases partially or completely offset by increased consumption. Because we are not implementing policies to decrease fossil fuel use, a unit of energy produced by alternative energy does not replace a unit of energy produced by fossil fuels and is correlated with increased total energy use. In a system prioritizing economic growth the effectiveness of green alternatives will continue to be constrained by increasing levels of production and consumption, rather than, for example, expanding renewables while nationalizing and phasing out fossil fuels.

A theory of ideology takes us beyond empirical policy analyses and projections of potential effectiveness. While the latter assessments are, by definition, imperative for selecting more effective climate change policies, the theory of ideology can uncover the assumptions of policies that reproduce an inherently unsustainable social order by masking underlying systemic contradictions.

The inability to reduce carbon emissions through the most popular approaches to climate policy stems from ideological assumptions underlying climate policy.

Even more pernicious, ideological climate policy restricts our horizon of thinking about alternatives to capitalism. We must expand our horizons to avoid catastrophic climate change.

If it takes seriously the impossibility of reducing total material and energy throughput within the constraints of capitalism, degrowth represents a movement that challenges the ideological positions embedded in growth-oriented politics and economics. Degrowthers promote reductions in total throughput in developed countries. While there would be reduced total material production and consumption, there would be growth in social services, well-being, sharing, community agriculture, worker cooperatives, not to mention a stronger sense of community.

This does not necessitate living without modern conveniences–just not more and more of them. A range of degrowth policies have been proposed, including work time reduction, which has been shown to reduce energy use and carbon emissions while increasing health and well-being. Policies to reduce working hours would represent a critical step in restructuring our economy to address climate change.

In addition to degrowth, Herbert Marcuse’s notion of “new technology” provides a helpful way to rethink the role of technology in addressing climate change. Marcuse argued that a social order with a new set of substantive goals could radically change how we use technology and its social and ecological impacts.

Related to climate change, new technologies could be adopted, not for the profits of a few, but specifically to reduce carbon emissions and improve social and ecological conditions. For example, there has been increased discussion of and experiments with cooperatizing and democratizing renewables under the headings of “energy democracy” and “community energy.”

A reasonable criticism of our argument may sound like this: “Yes, current climate mitigation policies are limited, short-sighted, etc., but these strategies are the first steps to something better and are, at least, better than nothing.” A subsequent question might be, “Is it not more ideological to criticize these limited strategies than to embrace them?”

Ryan Gunderson is an Assistant Professor in the Department of Sociology and Gerontology and Affiliate of the Institute for the Environment and Sustainability at Miami University.

Diana Stuart is an Associate Professor in the Sustainable Communities Program and the School of Earth Sciences and Environmental Sustainability at Northern Arizona University.

Brian Petersen is an Assistant Professor in the Department of Geography, Planning and Recreation at Northern Arizona University.