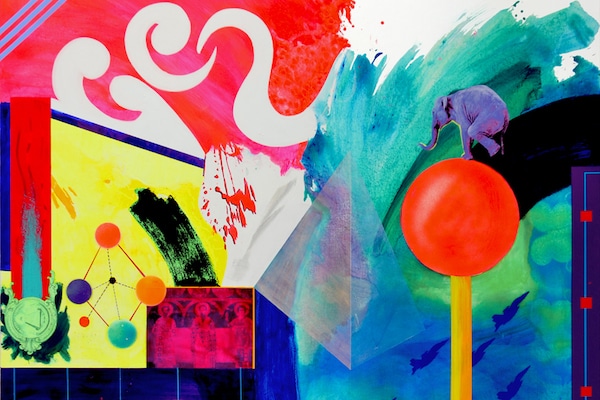 “Liberal democracy is crumbling.” A Harvard Law Professor opened a recent talk with this matter-of-fact statement and the audience readily murmured its assent.

The daily headlines certainly seem to confirm this assessment—that we are a nation in crisis. Yet, the nature of the crisis remains murky. While it is clear that in 2016 we witnessed an unprecedented display of shifting political sentiments, it is far less clear what the implications of this shift are.

There are numerous interpretations floating around. Some argue that the U.S. government has taken an authoritarian turn and that President Trump, through doltishness, design, or both, is sabotaging the functionality of the state, rendering it incapable of carrying out the basic duties of democratic governance. Others focus on the growing sense that ordinary people have lost faith in the government—both in its ability to act in their interests and in the belief that they have a meaningful voice or a place in the demos.

Has America reached a tipping point in which the contradictions built up over the past three decades have become an insurmountable barrier to the continuation of the post-Cold War neoliberal consensus?

As a point of comparison consider the triple crisis (economic, social, political) of the 1970s which marked the beginning of a new era for capitalism. Expenditure overruns and stalled productivity combined with skyrocketing inflation and erratic financial flows to generate a situation of severe economic turmoil. The effects of this turmoil on working people, amidst a broader dissatisfaction with the status quo, led to mass strikes and social movement organizing around issues of racism, sexism, colonialism, and consumer rights fomenting a widespread and disruptive social crisis. By the end of the 1970s, the economic and social crises coalesced into a severe political crisis in the United States, encapsulated in Carter’s 1979 ‘crisis of confidence’ speech and an emergent bi-partisan elite consensus to abandon Keynesianism.

Are we seeing a similar dynamic today? A deep, intersecting crisis generating a chaotic environment that demands resolution from above?

The situation looks different depending upon where one stands. From the perspective of regular folks struggling against precarity, debt, oppression, and violence a feeling of deep crisis is pervasive. An upsurge of demonstrations around racist police violence, entrenched sexism, gun control, immigrant rights, and a living wage illustrate a growing collective anger over these issues.

From the perspective of skilled, upwardly mobile workers, elites, and corporations however the situation remains relatively rosy. Nascent social movements and consciousness raising haven’t touched the privileged status of these strata (albeit with a few notable exceptions). Unlike the seventies, when elites were forced to the table and the survival of capitalism seemed in doubt, today’s crisis feels more confined.

Yet, despite a considerably different landscape of crisis compared to the seventies observers across the spectrum are convinced, as Nancy Fraser argues in an article for American Affairs, that we are in the midst of a “[broad], multifaceted crisis.”

What are the implications of this widely expressed sentiment? Revisiting our earlier question, have we reached a tipping point similar to the 1970s, despite the absence (for the moment) of an economic crisis or an upsurge of mass social movement organizing demanding resolution from above?

Put differently, for the first time in decades a genuine political opening has emerged, but the potential for a progressive movement to generate a new consensus that replaces the reigning elite status quo is deeply uncertain. Shifting sentiments have not yet translated into gains on a broad scale. Moreover, as the recent midterm elections demonstrated, the country is increasingly polarized as the center collapses.

That said, the passionate mobilizations we’ve witnessed over the past few years—both in organized labor and in broader civil society—are promising and hold the potential to both reform atrophied organizations and to develop powerful new ones. As radical scholars working today argue, there’s no reason the left can’t build strong social movements.

The challenge in this political moment is, in many respects, the same as it has always been: to translate political discontent into a constellation of radical, democratic, anti-capitalist social movements that represent working people and have the capacity to challenge capital and win. But this challenge is also more urgent than it has ever been.

Nicole Aschoff is the author of The New Prophets of Capital and an editor at Jacobin magazine.

This article is adapted from Nicole Aschoff, “America’s Tipping Point? Between Trumpism and a New Left,” Socialist Register 2019: A World Turned Upside Down, edited by Leo Panitch and Greg Albo