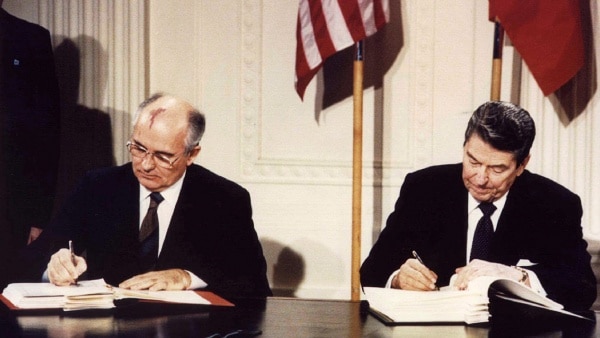 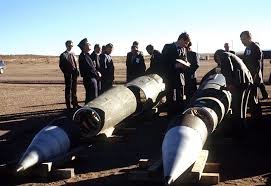 The US-Russia talks in Geneva regarding the 1987 Intermediate-range Nuclear Forces (INF) treaty have ended in failure. In a final call to salvage the treaty, Moscow offered that American experts could inspect a new suspect Russian missile, which Washington has been citing as the alibi for its decision to quite the treaty, but the U.S. point-blank rejected the offer and instead went on to reconfirm that it intends to suspend observance of the cold-war era pact with effect from February 2.

We are entering uncharted waters in regional and international security. Russia anticipates increased U.S. deployments near its borders. In an interview with government-daily Rossiyskaya Gazeta, Russia’s Security Council Secretary Nikolai Patrushev said on Tuesday, “In general, our analysis shows that the American presence near our borders will grow… As for Russia’s western borders, we note the course for the growth of military presence of the U.S. and other NATO members in their vicinity. In 2019, placement of multinational battalion tactical groups in Latvia, Lithuania, Estonia and Poland will continue. At the same time, Brussels does not hide the fact that that its main goal is to contain our country. The strengthening of the European segment of the U.S. global missile defense system continues. The inauguration of the missile defense complex in Poland in addition to the already functioning one in Romania is expected in 2020.”

Equally, new faultlines are appearing. Moscow anticipates further U.S. missile deployments to Northeast Asia–specifically, Japan. Moscow estimates that it is unrealistic to expect Japan to adopt an independent foreign policy. This geopolitical reality in Northeast Asia is in turn casting shadows on the recent improved climate in Russo-Japanese relations. (See my blog Russia tamps down the Kuril hype.) 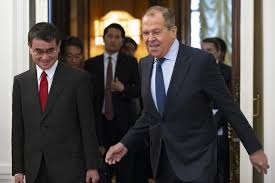 Following the foreign-minister level talks in Moscow on Monday between Russian Foreign Minister Sergey Lavrov and his Japanese counterpart Taro Kono, the latter showed reluctance to hold a joint press conference, underscoring the rapidly changing climate of ties between the two countries. Lavrov’s remarks to the media later signaled a market toughening of the Russian stance on the territorial dispute over Kuril Islands.

Lavrov demanded an outright Japanese recognition of Russian sovereignty over all the islands in the Kuril chain as part of the outcome of World War 2, as accepted under international treaties and by the UN–“Japan’s indisputable recognition of the entirety of results of World War 2, including Russia’s sovereignty over all of the islands of the southern Kuril chain,” as Lavrov put it.

Lavrov said Japanese domestic legislation must accordingly be changed in consultation with Russia. He added, “This is our base position and without steps in this direction it is very difficult to expect movement forward on other issues (such as peace treat).”

Evidently, in the developing post-INF treaty scenario, Japan’s security alliance with the U.S. now becomes a major hurdle in the Russo-Japanese relations. Lavrov specifically pointed finger at this: “The 1956 Declaration was signed when Japan did not have a military alliance treaty with the US. The treaty was signed in 1960, after which our Japanese colleagues departed from the 1956 Declaration. Now that we are resuming talks on the basis of this declaration, we must consider the drastic change that has taken place in Japan’s military alliances since then. At today’s talks we devoted attention to the U.S. efforts to develop a global missile defence system in Japan with a view to militarising that part of the world and also to the actions that the U.S. formally justifies by citing the need to neutralise the North Korean nuclear threat. In reality, these actions are creating security risks for Russia and China.”

Interestingly, Lavrov brought in the common concern of Russia and China with regard to the US-Japan security alliance and the American missile deployments to Japan. This is a snub to Tokyo inasmuch as recently, Abe’s aide in the ruling Liberal Democratic Party (which Abe heads) had recently made a provocative statement that the U.S. should be interested in concluding a treaty between Russia and Japan, as this would “strengthen the bloc” to contain China. Lavrov called it an “outrageous statement” and put across as bluntly as he could the Russian indignation over any Japanese ploy to create misperceptions regarding Russia-China relations:

“The problem is that the president of the Liberal Democratic Party is Prime Minister Shinzo Abe. We have issued a serious warning about how inappropriate such statements are. We have also inquired more broadly about how independent Japan can be in addressing any issues at all with such heavy dependence on the United States. We were assured that Japan would make decisions based on its national interests. We would like it to be that way.” (See a detailed report by China Daily titled Russia tells Japan retaking Pacific islands not on horizon.)

As much as in regard of Russia’s western borders with Europe, the Asia-Pacific also becomes a region where Moscow’s policies will be significantly influenced by the new climate in international security. This holds good for other regions, too.

Most certainly, Russia will be even more wary of any open-ended US-NATO occupation of Afghanistan. The Russian-American contestation over Turkey will become more complex. (The U.S. missile deployment in Turkey was a core issue during the Cuban missile crisis of 1962.) Again, there are reports that a massive expansion of the U.S. bases in Qatar is unfolding (where the U.S. Central Command is headquartered.) Qatar is a potential site for the deployment of U.S. missile systems. Indeed, in the circumstances, Russia’s relations with Iran assume a highly strategic character. Iran’s strategic autonomy is of vital interest to Russia. 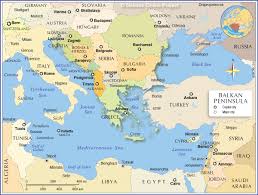 (Russia and the Balkan Peninsula)

The Balkans is another region that Russian strategies will prioritize. Putin is embarking today on a visit to Serbia, which is a key ally, but where conditions may arise for a potential standoff between the West and Russia as had happened in 2014 in Ukraine. In an interview with the Serbian media, Putin came down heavily on the NATO expansion policy, which he condemned as “a misguided, destructive military and political strategy.” He accused the Alliance of “trying to strengthen its presence in the Balkans.” No doubt, a period of heightened tensions in international security lies ahead with the U.S. decision to abandon the INF treaty.