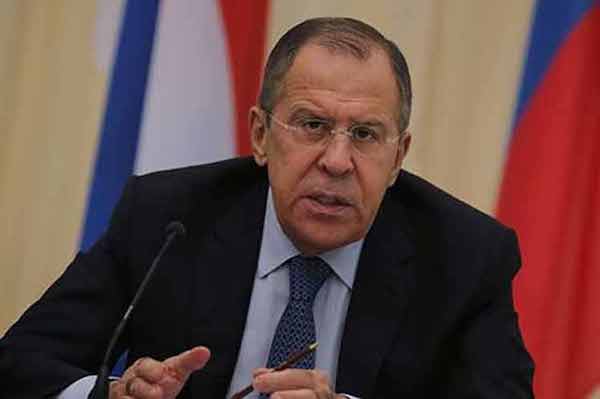 Russia denounced Tuesday the U.S. cynicism by announcing sanctions against the Venezuelan oil company PDVSA and excluding from that sanction U.S. companies operating in the South American nation.

With the restrictions against PDVSA, including the freezing of its accounts in Venezuela and the halting of crude oil purchases, Washington publicly shows its intention to impose a government change, said Russian Foreign Minister Serguei Lavrov.

It is about to openly move to an illegal government change in Venezuela and, at the same time, keep the profits from that country’s crude oil, the Russian Foreing Minister remarked.

Our country will in no way stop defending, by all possible means, respect for international law in the case of Venezuela and reaffirms its support for its constitutional president Nicolas Maduro, the diplomat added.

Russia, along with other responsible nations in the international community, will do everything possible to support Maduro’s legitimate government, he commented.

The sanctions against PDVSA remove the low confidence existing in the current financial system, based on the dollar, reinforce the crisis of Venezuelan society and thereby promote illegal violent actions of the opposition, he pointed out.

Peskov also considered that such restrictions are a clear example of unfair trade competition and an attempt to meddle in the internal affairs of a sovereign state.

We are going to defend Russian interests in Venezuela with the help of all the international law tools available to us’, he emphasized.