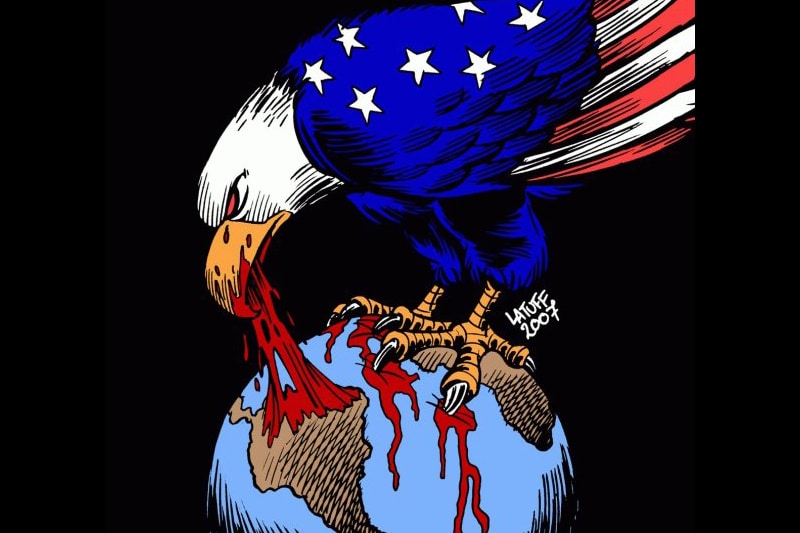 The Revolutionary Government of the Republic of Cuba condemns the escalation of pressures and actions by the U.S. government in preparation for a military adventure under the guise of a “humanitarian intervention” in the Bolivarian Republic of Venezuela, and calls on the international community to mobilize in order to prevent its consummation.

Between February 6 and 10 of 2019, several military transport aircraft have flown to the Rafael Miranda Airport in Puerto Rico, the San Isidro Air Base in the Dominican Republic, and other strategically located Caribbean Islands, most certainly without the knowledge of the governments of those nations. These flights took off from U.S. military facilities where Special Operation Troops and U.S. Marine Corps units operate. These units have been used for covert operations, even against leaders of other countries.

Media and political circles—including within the U.S.—have revealed that extremist figures of the government with a long history of actions and slander aimed at causing or instigating wars, such as John Bolton, U.S. National Security Advisor; and Mauricio Claver-Carone, Director of the National Security Council’s Office of Western Hemisphere Affairs, counting on the connivance of Marco Rubio, Senator of the anti-Cuban mafia in Florida, designed, directly and thoroughly organized, and funded, from their posts in Washington, the attempted coup d’etat in Venezuela by means of the illegal self-proclamation of a President.

They are the same individuals who, either personally or through the State Department, have been exerting brutal pressures on numerous governments to force them to support the arbitrary call for new Presidential elections in Venezuela, while promoting recognition for the usurper who barely won 97,000 votes as a parliamentarian, against the more than 6 million Venezuelans who elected Constitutional President Nicolás Maduro Moros last May.

After the resistance mounted by the Bolivarian and Chavista people against the coup, evidenced by the mass demonstrations in support of President Maduro, and the loyalty of the National Bolivarian Armed Forces, the U.S. government has intensified its international political and media campaign, and strengthened unilateral economic coercive measures against Venezuela, among them the freezing of Venezuelan funds in third countries banks, worth billions of dollars, and the theft of the this sister nation’s oil revenue, causing serious humanitarian damage and harsh deprivation to its people.

In addition to this cruel and unjustifiable plunder, the U.S. intends to fabricate a humanitarian pretext in order to launch a military attack on Venezuela and, by resorting to intimidation, pressure, and force, is seeking to introduce into this sovereign nation’s territory alleged humanitarian aid—which is one thousand times inferior as compared to the economic damages provoked by the siege imposed by Washington .

The usurper and self-proclaimed “President” shamelessly announced his disposition to call for a U.S. military intervention under the pretext of receiving the aforementioned humanitarian aid, and has described the sovereign and honorable rejection of that maneuver as a crime against humanity.

High-ranking U.S. officials have been arrogantly and blatantly reminding us all, day after day, that when it comes to Venezuela, “all options are on the table, including military action.”

In the process of fabricating pretexts, the U.S .government has resorted to deception and slanders, presenting a draft resolution at the UN Security Council which, cynically and hypocritically expresses deep concern for the human rights and humanitarian situation…, the recent attempts to block the delivery of humanitarian aid, the millions of Venezuelan refugees and migrants, the excessive use of force against peaceful protesters, the breakdown of regional peace and security in Venezuela, and calls for taking the necessary steps.

It is obvious that the United States is paving the way to forcibly establish a humanitarian corridor under international supervision, invoke the obligation to protect civilians and take all necessary steps.

It is worth recalling that similar behaviors and pretexts were used to by the U.S. during the prelude to wars it launched against Yugoslavia, Iraq, and Libya, which resulted in tremendous human losses and caused enormous suffering.

The U.S. government attempts to remove the biggest obstacle—the Bolivarian and Chavista Revolution—to imperialist domination of Our America and deprive the Venezuelan people of the largest certified oil reserves on the planet and numerous strategic natural resources.

It is impossible to forget the sad and painful history of U.S. military interventions perpetrated more than once in Mexico, Nicaragua, the Dominican Republic, Haiti, Cuba, Honduras, and most recently Grenada and Panama.

As was warned by Army General Raúl Castro Ruz on July 14, 2017, “The aggression and coup violence against Venezuela harm all of Our America and only benefit the interests of those set on dividing us in order to exercise their control over our peoples, unconcerned about causing conflicts of incalculable consequences in this region, like those we are seeing in different parts of the world.”

History will severely judge a new imperialist military intervention in the region and the complicity of those who might irresponsibly support it.

What is at stake today in Venezuela is the sovereignty and dignity of Latin America and the Caribbean and the peoples of the South. Equally at stake is the survival of the rule of International Law and the UN Charter. What is being defined today is whether the legitimacy of a government emanates from the express and sovereign will of its people, or from the recognition of foreign powers.

The Revolutionary Government calls for an international mobilization in defense of peace in Venezuela and the region, based on the principles established in the Proclamation of Latin America and the Caribbean as a Zone of Peace, which was adopted by heads of state and government of CELAC in 2014.

It likewise welcomes and supports the Montevideo Mechanism, an initiative promoted by Mexico, Uruguay, the Caribbean Commonwealth (CARICOM), and Bolivia, which seeks to preserve peace in Venezuela based on the principles of non-interference in the internal affairs of states, legal equality of states, and the peaceful resolution of conflicts, as stated in its recent declaration.

It welcomes the positive consideration given to this initiative by President Maduro Moros and the international community, and expresses its concern given the U.S. government’s categorical rejection of the dialogue initiatives promoted by several countries, including this one.

The Revolutionary Government reiterates its firm and unwavering solidarity with Constitutional President Nicolás Maduro Moros, the Bolivarian Chavista Revolution and the civic and military unity of its people, and calls upon all peoples and governments of the world to defend peace and mount a joint opposition, over and above political or ideological differences, to a new imperialist military intervention in Latin America and the Caribbean, which will damage the independence, sovereignty and interests of all peoples from the Rio Bravo to Patagonia.