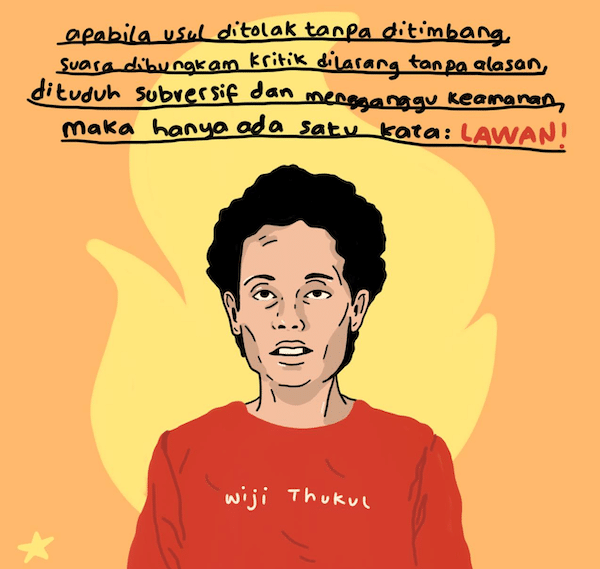 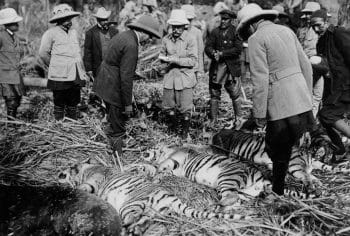 The casual use of the phrase ‘international community’ got us thinking: are there other phrases such as this that are wielded to shape how the world sees things? What are the keywords of the powerful? Our team came up with a number of such phrases, and this list will become–eventually–a full scale Phrasebook of Imperialism. For now, however, please enjoy a taste of our Phrasebook–

International Community (Noun). A group of powerful world leaders who can do what they want regardless of international law. The United Nations has 193-member states, from Afghanistan to Zimbabwe. If four countries (let’s say Sierra Leone, Singapore, Slovakia and Slovenia) hold a press conference, no media house is going to report this as a gathering of the ‘international community’. For that, one would have to have the United States, the United Kingdom, the European Union and Canada. No one else is invited to this club, the heirs of the colonial masters, the old cutlass ready to be driven through the heart of a former colonized country. 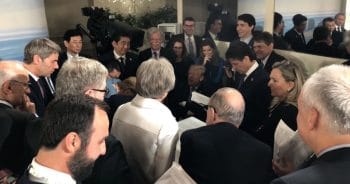 Dictatorship (Noun). A country whose leader has been selected by the ‘international community’ as a dictator. After the USSR collapsed, the U.S. and its allies sought for new ways to define their enemies. The term ‘communist’ had lost its edge. The new terms were ‘rogue state’, ‘terrorist state’, and ‘dictatorship’. The U.S. State Department hastily painted old friends as adversaries (Panama’s Manuel Noriega and Iraq’s Saddam Hussein). What defined a country as a ‘rogue state’ or its leader as a ‘dictatorship’? Not the facts, for that would have led to some awkward results–wouldn’t the United States, which conducted illegal wars (such as in Central America in the 1980s or in West Asia in the 2000s), have to be considered for inclusion? What does one do with Saudi Arabia or Equatorial Guinea? If a state is pliant to the U.S.-led world order, then it is not a rogue state nor is its leader a dictator. These terms are only useful when the ‘international community’ wants to overthrow a government and put a puppet in its place. 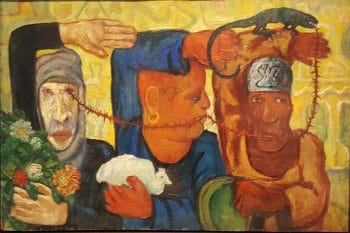 Civil Society (Noun). Organisations inside a ‘rogue state’ that are supported financially or politically by the ‘international community’. These entities often operate with the best of intentions and are seen as useful by those who want to overthrow the obdurate governments, such that of Aristide in Haiti or Maduro in Venezuela. The media of the ‘international community’ paints these organisations as the authentic voice of the people, diminishes the role of elections and disparages the mass organisations of the urban and rural poor as somehow tools of the ‘rogue state’.

Service Delivery (Noun). For pliant states to provide the bare essentials of life to the population to prevent protests and riots. The IMF, the World Bank, the private banks and the NGO sector hold the hands of the poor and wish them luck with some water, some electricity, a packet of food. ‘Public-private partnerships’ (which give contracts to private providers) operate through the largess of ‘philanthropists’ (who don’t pay taxes) to take care of social collapse. Off the table is the question of land reform and economic democracy, of popular planning and higher taxation. 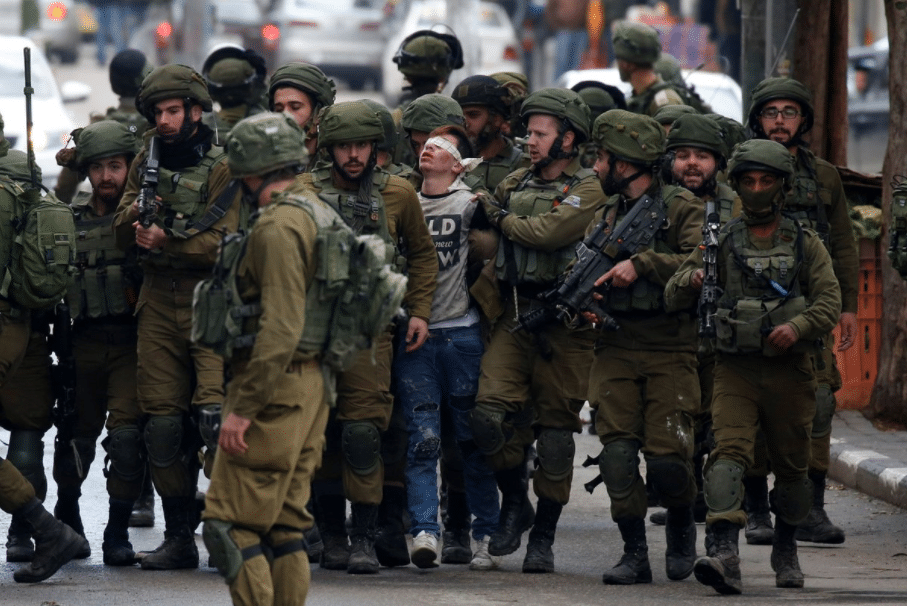 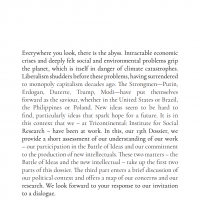 First page of Dossier no. 13- The New Intellectual.

Our Phrasebook of Imperialism will have many more entries, for such terms as Austerity, Fiscal Responsibility, Freedom, Investor Confidence, and Regulatory Burdens. Please send us suggestions for terms that you think must belong to this Phrasebook.

To get a sense of the ridiculousness of this language, we welcome you to laugh your way through this satirical essay by P. Sainath, Senior Fellow at Tricontinental: Institute for Social Research.

Behind our Phrasebook of Imperialism is the agenda of the Tricontinental: Institute for Social Research. We have been working hard this past year to develop our understanding of the Battle of Ideas, of the role of the intellectual and of our research agenda in this–ugly–context.

Our intellectual work is summarised in Dossier #13: The New Intellectual. It draws from Karl Marx and Antonio Gramsci, but more than anything else from the struggles of the Cuban people to define their revolution in the 1990s and from the struggles of people across the three continents who are in a pitched battle for survival and more. 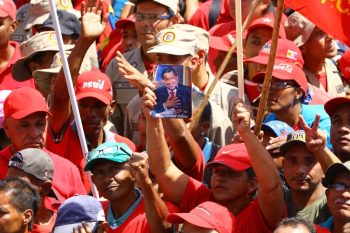 Demonstration to defend the Bolivarian Revolution in Caracas on 2 February 2019.

You can download the dossier here. It is freely available. We are eager for you to read it, to share it and to tell us what you think of it. Please be in touch. Write to me directly at vijay@thetricontinental.org or to any member of our team.

The epicentre of that pitched battle is now in Venezuela. Two quick points need to be made:

To orient us, we have produced a reading list on Venezuela’s crisis. The Venezuelan Vice Minister of Foreign Affairs Carlos Ron spoke to the journalist Jeremy Scahill to offer the view from Caracas, dispelling the fog of lies that pass for news. Our researcher Tanya Rawal has a piece on Ricardo Haussmann, the economic hit man of this attempted coup. I have a report on why the United States and its oligarchic allies are eager for regime change in Venezuela. Most importantly, the historian Samuel Moncada Acosta, the Permanent Representative of the Venezuelan government to the United Nations suggests that the attack on Venezuela is part of a broader war of recolonization.

The dial seems frozen on despair. The picture above, by the Indonesian artist Ivana Kurniawati, is of Wiji Thukul, born in 1963 in Java (Indonesia) and disappeared since 1998. He was the founder of Sanggar Suka Banjir (Frequent Flooding Studio)–an arts project–and a militant of the Partai Rakyat Demokratik (People’s Democratic Party). We are grateful to Eliza Virtri Handayani for giving us a glimpse of Wiji Thukul’s poems. Here is one of them: 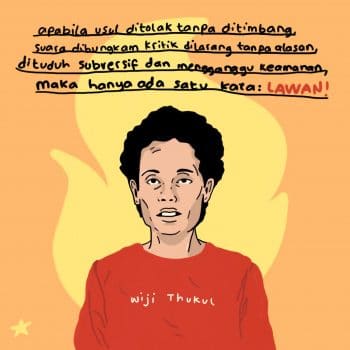 He would recognize people such as Isabel Crook (born in 1915), whom I met last month in Beijing. Here is a small report on meeting that legendary socialist.

I imagine Wiji Thukul helping us write the Phrasebook of Imperialism with his wit and feeling.

And Isabel Crook encouraging us with her resilience and her fortitude.

PS: you will find our materials at our website. If you know anyone else who would like to subscribe to this newsletter, please let them know that the best place is via thetricontinental.org-where they are able to select their preferred language. To remove yourself from this email list, please let us know.