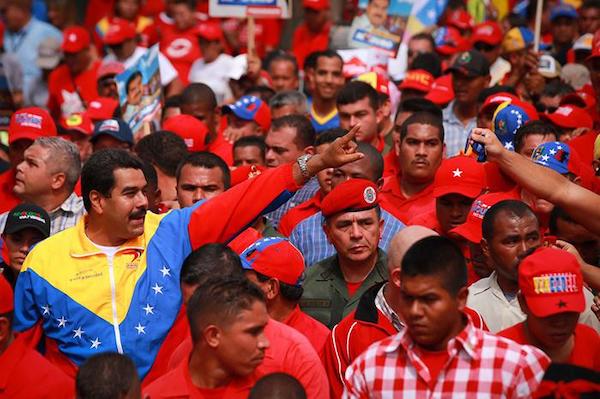 The truth will come out, because its force is overwhelming. In Venezuela on January 23, sectors of the right-wing opposition, openly and publicly directed by a foreign government, the United States, with its president, vice president and secretary of state at the head, orchestrated an utter fallacy to mislead the world.

Based on the dissemination of this deception, they have attempted to mount a coup d’état and impose an interim president, a figure not recognized in the Venezuelan Constitution, on the grounds that Nicolás Maduro is an illegitimate president.

Mexican academic Fernando Buen Abad, referring to U.S. and OAS scheming in Venezuela, tweeted: “We will regret it for eternity if we do not manage to generate a global movement in defense of the Venezuelan Revolution. It is time to rock the world with a cry for peace and democracy alongside the Venezuelan people who are fighting for their independence.”

It is precisely for this reason that the truth must be known, and the grounds of the legitimacy of the democratically elected President of the Bolivarian Republic of Venezuela. We should ask ourselves where the notion of his illegitimacy came from.

Let’s recall this text: “The electoral process carried out in Venezuela on May 20, 2018, lacks legitimacy due to the lack of participation of all Venezuelan political actors, without the presence of independent international observers, or the guarantees and standards necessary for a free, fair and transparent process.”

Who wrote such a statement, and when? It was January 4, at a summit of the Lima Group, which is as self-appointed as Juan Guaidó, who swore himself in as interim president of Venezuela. Neither this Group nor Guaidó have any legal status. In the case of Guaidó, because he belongs to a parliament in contempt, was not sworn in before any public authority, but merely a group of his followers, and because that act followed the mandate of a foreign government. Meanwhile, the Lima Group cannot act as a bloc or be recognized by any international organization, as it does not belong to the multilateral system.

Lies are short lived, the truth will always come out. The elections of May 20, 2018, were held under the same electoral system used in the December 2015 parliamentary elections, in which Venezuelan opposition forces won. Thus, there is no moral authority to claim that Maduro is a usurper. The Twitter account of the “Con el mazo dando” television program, referring to the President of the National Constituent Assembly of Venezuela, Diosdado Cabello, posted: “@dcabellor states that he talked with Guaidó yesterday (January 22) and that he did not keep his word. And that he also requested a new meeting arguing that the self-swearing-in was due to “a lot of pressure,” that he would only be performing a pantomime in that act and that he knew that Maduro was the legitimate president of Venezuela.”

With information from teleSUR, below we highlight the grounds that support Nicolás Maduro’s legitimacy as President of the Bolivarian Republic of Venezuela.