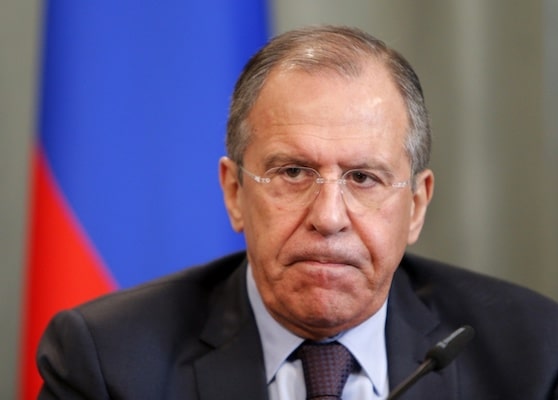 The U.S. is moving special forces and equipment to the Venezuelan border and is seeking, along with its NATO allies, to deliver weapons and ammunition to the opposition in the South American country, said Russian Foreign Ministry spokeswoman María Zajárova.

According to the spokeswoman, on February 23, the United States, under the pretext of crossing a humanitarian convoy from the Venezuelan border, seeks to plot a provocation.

“This provocation is carried out by Washington in accordance with all the rules of military art (…) there are indications that special forces and U.S. war material are moving into the territory of Venezuela,” the diplomat said.

She added that “there are reports that U.S. companies and their NATO allies are considering acquiring a large lot of arms and ammunition in one of the Eastern European countries and then handing them over to Venezuela’s opposition forces.

“The delivery of cargo to Venezuela is scheduled for early March of this year in several lots across the territory of a neighboring country, using transport planes from an international cargo transport company,” she said.

A Ukrainian state-owned company will be involved in the operation, he added.

“Unfortunately, it is not surprising that in this ugly history the Ukrainian footprint is seen, in particular, the state-owned company Antonov will be involved,” he said.

The diplomat stated that “the development of events in Venezuela has reached a critical point.

“A dangerous provocation of great magnitude is scheduled for February 23, the crossing of the Venezuelan border, incited and led by Washington, by the so-called humanitarian convoy that can provoke confrontations between supporters and adversaries and create a convenient pretext for a military action in order to remove the current legitimate president from power,” Zajárova said at a press conference.

U.S. provocations in Venezuela, if implemented, will lead to “an increase in tensions” in the world, he warned.

In addition, the diplomat stated that Moscow considers that the words of U.S. President Donald Trump addressed to the Venezuelan military, urging them to ignore the orders of Venezuelan leader Nicolás Maduro, represent the height of cynicism.

“The direct U.S. call that took place these days, addressed to the Venezuelan military, urging them to ignore the orders of the country’s legitimate leader, represents the height of cynicism,” the diplomat said at a press conference.

For Zajárova, this is an obvious blackmail by Washington against the military of another country.

“I reiterate again, the president goes to the Armed Forces of another independent country with the demand that they do not comply with the orders of the sovereign government of that country, I believe that after that the U.S. politicians, who are supporting what happened, have no right to decide if something is legitimate or illegitimate,” said the spokeswoman.

Zajárova recalled that the American country, when it comes to its own territory, is able to accuse of internal interference in its affairs only based on “certain contacts at the level of diplomats and representatives.

Opposition deputy Juan Guaidó was elected on Jan. 5 as head of Venezuela’s National Assembly (a unicameral parliament in contempt since 2016), but the Supreme Court annulled his appointment to the Legislative branch.

On January 23, Guaidó proclaimed himself “president in charge” of Venezuela and outlined a three-point plan: Nicolás Maduro’s exit from the presidency, the installation of an interim government and the holding of elections.

It was immediately recognized by the United States, followed by some 50 countries, most of them from Latin America and Europe.

Russia, China, Cuba, Bolivia, Iran and Turkey, among other countries, ratified their support for Maduro’s administration.

The Venezuelan opposition announced that on February 23rd, shipments of food and medicine donated by the United States and other countries will enter through the border, which President Nicolás Maduro called “crumbs” and “a show to justify an intervention in the country”.

Vice President Delcy Rodriguez, in turn, emphasized that in Venezuela “there is no humanitarian crisis” and recalled that under international law humanitarian aid is provided only in case of natural disasters and armed conflicts.

The Venezuelan government has warned that any vehicle that enters its territory without authorization will be considered a military target.

#Zakharova: The developments in #Venezuela have reached a critical point. A major dangerous provocation is scheduled for February 23, incited and led by #Washington: a ‘humanitarian convoy’ crossing Venezuela’s border pic.twitter.com/sshmfRoSN4

#Zakharova: There is evidence that #US companies and their #NATO allies are discussing the possibility of buying a large batch of weapons and ammunition in some East European country to arm the Venezuelan opposition forces