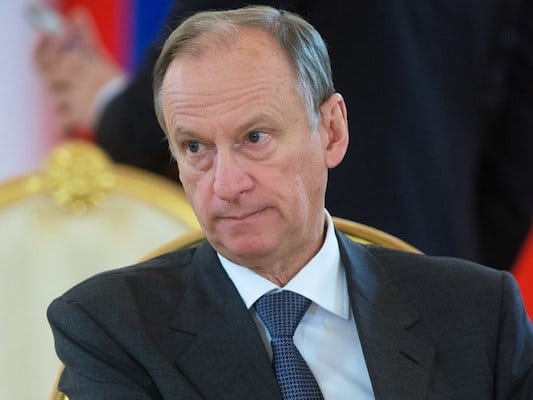 The Americans have offered to hold separate consultations on Venezuelan issues. We agreed. However, they have since abandoned them under false pretexts.  –Nikolai Patrushev

Excerpt from the original interview translated from Russian:

Probably the question that many people are concerned about today is the future of Venezuela. What is behind the attempts to provide humanitarian assistance to this country–care for the Venezuelan people or the beginning of military intervention?

The dire humanitarian situation referred to by Washington is precisely caused by the American sanctions and embargo. And in this context, humanitarian assistance is being imposed. At the same time, it is expected that it will be rejected.

The Maidan is Venezuela. Will the U.S. overthrow Maduro by military means?

Showing arrogance and impertinence towards the Venezuelan people, the U.S. is preparing a military invasion of an independent state. The transfer of U.S. special operations forces to Puerto Rico, the landing of U.S. military units in Colombia and other facts clearly indicate that the Pentagon is strengthening the grouping of troops in the region in order to engage them in an operation to remove the legitimately elected President Maduro from power. And the Venezuelan people are well aware of this. Hence the response, the refusal to accept the cargo from the aggressor country and the support of their president.

We can also add that the Americans have offered to hold separate consultations on Venezuelan issues. We agreed. However, after that, under false pretexts, they are avoiding them, each time postponing the agreed time frame.

Internationalist 360° Note: China, Russia, Syria, Nicaragua, Bolivia, Cuba and Caribbean countries, among others, have warned repeatedly about the current threat of military aggression against the sovereignty, territorial integrity and political independence of Venezuela.

They insist on defending the principles of the Charter of the United Nations and oppose interference and intervention which would represent a danger for the entire region.