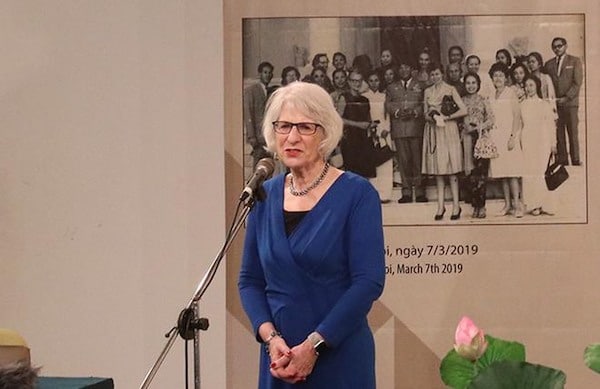 American lawyer Nancy Hollander recently handed 450 documents, photographs and other memorabilia concerning the first meeting between the Vietnamese Women’s Union and the U.S. Women Strike for Peace Organisation in Jakarta in 1965, to the Vietnamese Women’s Museum. Hollander is the only surviving American to have attended the meeting. Vân Hương spoke with her at the hand-over ceremony.

Inner Sanctum: How did you come to attend the historic meeting between American and Vietnamese women in Jakarta in 1965?

In 1965, I was a college student. Someone from the Women Strike for Peace Organisation asked me if I wanted to join the first delegation of American women to meet with Vietnamese women to show diplomacy between Americans, who were trying to end the war, and Vietnamese women, who also wanted an end to conflict. That’s how the meeting began.

Inner Sanctum: How did you collect the materials?

Most of the materials I got at the meeting and I took notes every day. We met for about ten days. But then some came later to me in letters from Vietnamese women. We wrote back and forth to each other for several years.

When I met the Vietnamese women, I was happy. We had a lot of time to talk. We learned that we were the same. We saw women who had families, who cared about having a safe and peaceful world. And yet we had a lot of strength in being together. I had communications with many of the women for many years after that.

At that time, I was very active against the war in Việt Nam. We had marches in Washington. I spoke at many schools and colleges. Particularly after this meeting, I had more information so I went around speaking and worked actively against the war until the day it ended.

Inner Sanctum: Why did you decide to give the memorabilia to the Museum of Vietnamese Women?

I had these documents for 50 years. I kept them all in a box. Whenever I moved, the box moved with me. And I always wanted them to come back to Việt Nam, not to stay in the U.S. Only recently was I able to find Lady Borton, who helped me bring them here. I was very happy that they finally came here.

Inner Sanctum: What is the significance of these materials to Việt Nam?

This was the very first meeting of American and Vietnamese women organised by the Vietnamese Women’s Union and the Women Strike for Peace and it was a meeting of peace, a chance for the American women to learn what was happening in Việt Nam, of casualties, women and children being killed, and to go back to the U.S. to tell other people why they should be striking against the war. That was why we went to learn first hand how devastating the war was in Việt Nam.

I think these documents are extremely important. Most people don’t remember this time in history. This is a very young country. Many people here were not alive during the war. And it’s important to see what diplomacy can do. And I believed then, and I believe now that the students’ movements in the U.S. contributed to the end of that war. I think the war would have gone on longer without the work we did. And I think that the work that the Vietnamese women did of being willing to meet with the American women even though our countries were at war was very significant. People now need to see how people working together, women working together can bring peace in a very difficult time.

Inner Sanctum: Which object is most important to you?

One day we all exchanged clothes. I had some photographs of us wearing each other’s clothes. So, somewhere my dress might still be in Việt Nam. And I kept the áo dài [Vietnamese traditional long dress] that I was given. It was just a way that we were communicating with each other and showing our friendship.

But there are other items. Like the scarf that young people wore in Việt Nam when they were demonstrating. It was similar to what American women were doing. And I also have a ring that was made from an [American] aircraft that was shot down in the north [of Việt Nam] plus all the letters and the notes. I think it’s all very significant and I hope people will take time to learn from it. That’s why we have museums, so we can learn from history.

Inner Sanctum: What do you think about the war as a woman?

I think that if women were running the world, we will have a more peaceful world. I think that women are very strong and determined to bring peace to the entire planet that we see other women as our friends, no matter where they live and women are very good peace makers. 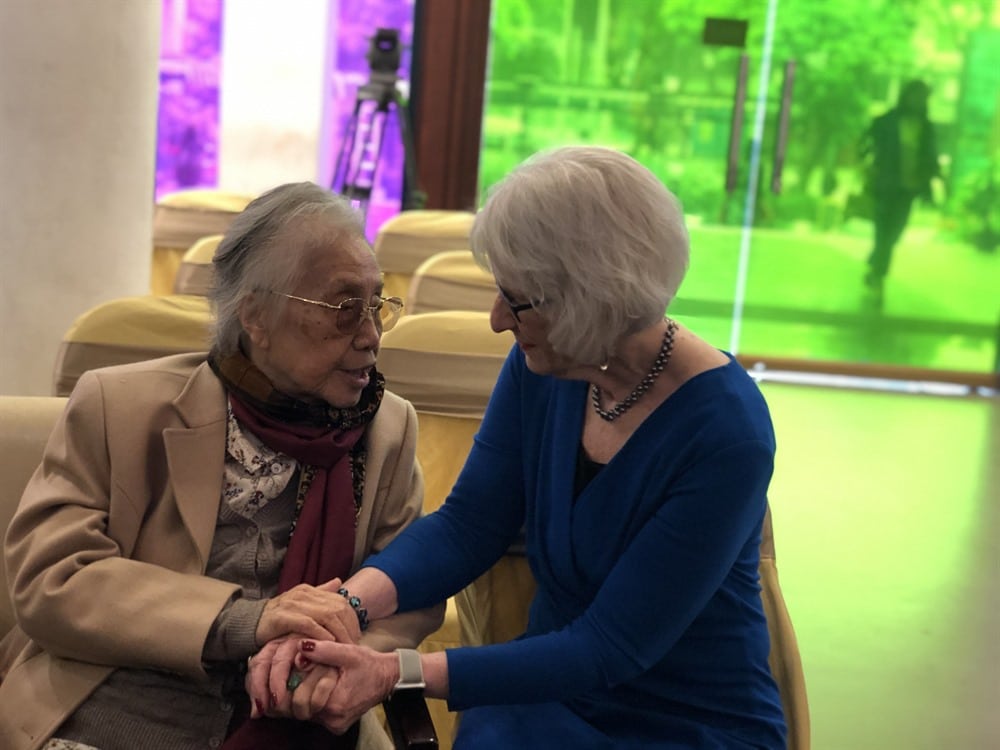 Old friends: Nancy Hollander (right) meets former Vice President Nguyễn Thị Bình in Hà Nội on March 7. They are the only two surviving members of the delegations that met in Jakarta in 1965. VNS Photo Lê Hương. 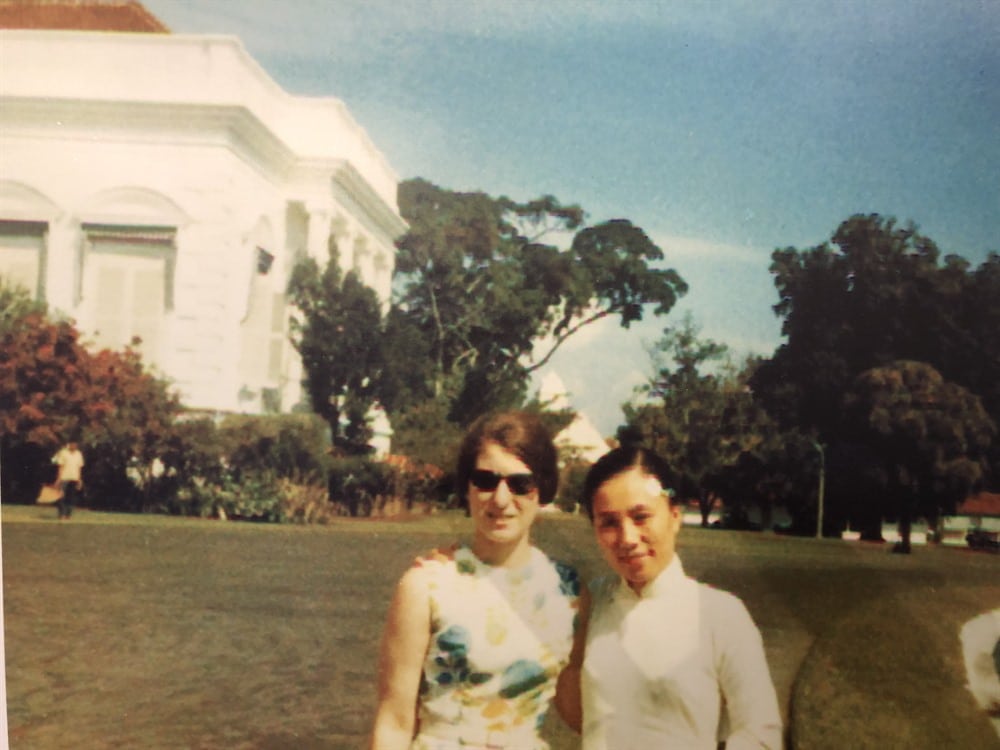 Special snap: A photo of Nancy Hollander (left) and Madam Nguyễn Thị Bình in Jakarta in 1965, which is among objects that Hollander gave back to the Vietnamese Women’s Museum on March 7.

Inner Sanctum: What do you spend your time doing?

For the last 40 years, I have been a lawyer and I represent people who are accused of crimes in the U.S. and internationally.

Inner Sanctum: What do you think about the current relationship between Việt Nam and the U.S.?

My understanding is that Việt Nam and the U.S. have a very good relationship. I was here about 20 years ago and the relations were good then and now they’re even better. I think Việt Nam has shown that it is a very strong country built by very strong people, men and women. They must be very proud of Việt Nam’s place in the world today.

When we met in Indonesia in 1965, we had no idea how long the war would go on. But we all said that we would meet again when the war ended. I was not able to do that until 1998, when I met Madam Nguyễn Thị Bình again. She was the Vice President at that time. Most of the women have passed away. I was much younger than any other women in the American delegation. I am the only one alive on the American side and I believe that on Vietnamese side, Madam Bình is the only one still living. So she and I are the only two who can still meet.