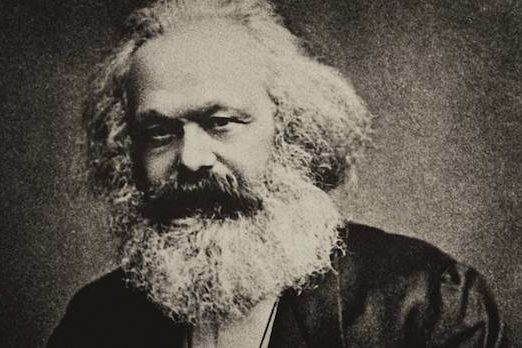 Eric Hobsbawm, the well-known historian, recalls how George Soros once asked him about what Hobsbawm thought of Karl Marx. This was at the turn of the 21st century.

Surprised, and also aware that there was hardly any meeting ground between the billionaire hedge-funds wizard and champion of the free market and a Marxist historian who refused to renounce his membership of the British Communist Party even when the party faced liquidation, Hobsbawm chose to give an ambiguous answer.

Soros’ rejoinder was startling. “That man,” he said,

discovered something about capitalism 150 years ago that we must take notice of.

Also, in 1998, as the Communist Manifesto turned 150, the editor of the inflight magazine of United Airlines (UA) approached Hobsbawm with a request that amazed the historian. Would he consent to UA using, for their magazine, portions of an article Hobsbawm had written to mark the anniversary, so that American (mostly business) travellers could acquaint themselves with what the Manifesto talked about? 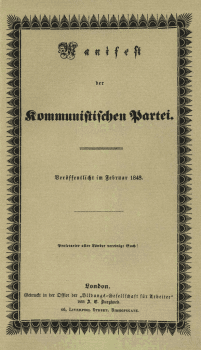 But this curiosity about what Karl Marx wrote or stood for is more than matched by a frequent desire to pummel him no matter what. I remember watching a panel discussion on a prominent Bengali TV channel two or three years back. The subject at hand was of the chit fund scams that rocked the state just then.

The BJP spokesperson, a recent convert to the saffron world-view, was speaking just after a left-wing leader had had his say. He began by declaiming that “since Marx, from whom the Indian left draws its inspiration, died more than 150 years ago, it is pointless to engage with the left.”

A gentle reminder that his timelines were somewhat awry provoked a sharper response: the gentleman couldn’t care less if Marx had lived a hundred or a thousand years ago–for, one way or another, he was evil.

Surely the BJP karyakarta was in august company. During  the 136 years that it has stood inside London’s Highgate Cemetery, the many benedictions that Marx’s grave has received from solicitous hands make for a fascinating  story. People have splashed emulsion paint of sundry colours over the tomb. The Swastika has made its appearance upon the memorial with unfailing regularity. Marx’s massive head has remained an inviting target for hammer-wielders.

As recently as in February, 2019, the memorial plaque (bearing the names of the members of the Marx family who lie buried here) was vandalised so meticulously that the trust looking after the tomb feels that the monument may never be the same again.

Connoisseurs also pasted loving messages reading ‘Doctrine of Hate’, ‘Bolshevik Holocaust’ and ‘Architect of Genocide’ on the pedestal, taking care to write only in red, presumably Marx’s favourite colour. An exasperated Maxwell Blowfield, from the British Museum, said he was “just surprised that somebody in 2019 feels they need to go and do something like that.”

Ian Dungavell, CEO, Friends of Highgate Cemetery Trust, had a somewhat different take on the incident: “That’s the only consolation–he [Marx] has not been forgotten about.”

Now, both the visceral hatred of the man as well as the wide-eyed curiosity about what he was all about give the lie to what was once believed to be a settled fact: that Karl Marx was no longer worth bothering about; that, indeed, there was no point trying to rescue him from the no-man’s land of history to which the dismantling of the USSR (and the ‘socialist camp’) had consigned him to.

I will in fact argue that, as much as the renewed interest in his work, the animosity towards him derives from a realisation that the central core of Marxism–even his political economy–has not  dated, never mind that Marx didn’t live to see either of the two World Wars, or the Cold War, or the 1930s’ Great Depression, or its later equivalent–the great financial sector earthquakes of 2008-09 whose tremors are yet to run their course fully.

Marx was well and truly back on the public scene when, on September 19, 2008, the Financial Times of London ran that unnerving headline – Capitalism in Convulsion: Toxic Assets head towards the Public Balance Sheet. It was the time when a lot of management-school-trained experts were obliged to recall what Walter Bagehot, the 19th century economist who lived and worked in London in much the same time that Marx did, had said about common sense:

Common sense teaches that booksellers should not speculate in hops, or bankers in turpentine; that railways should not be promoted by maiden ladies, or canals by beneficed clergymen… in the name of common sense, let there be common sense.

As an over-leveraged global financial system continued to unwind, common sense reclaimed–if only for a while–some of the space in the public discourse that jargon-laden sophistry had monopolised since the disappearance, in the 1990s, of all competing visions of public finance. The foremost of those visions–more accurately, of the ways of looking at the economic organisation of human society–was Karl Marx’s critique of capitalism. A look back to that critique was inescapable in the circumstances, at any rate for those who, like George Soros, had begun to hear the roll of thunder some time before the storm hit home with unspeakable fury. 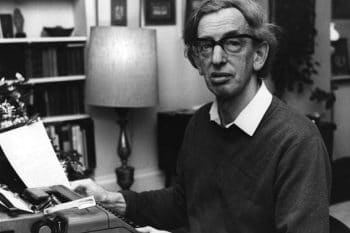 For them, the meltdown of 2008-09 was clearly a throwback, through the Asian financial turmoil of 1997-98, to capitalism’s existential crisis of the tumultuous 1930s. In the U.S. alone, 9 million women and men lost their jobs during 2007-09, pushing the national unemployed number to 10% of the labour force. The crisis wiped out nearly one whole year’s national output from the country’s balance sheet, with aggregate household net worth plunging USD 16 trillion, or 24%. Only a self-deluding observer could deny that there was more than a grain of truth in what Marx had to say on the subject as early as in 1848:

It is enough to mention the commercial crises that by their periodical return put the existence of the entire bourgeois society on trial, each time more threateningly. In these crises, a great part not only of the existing products, but also of the previously created productive forces, are periodically destroyed. In these crises, there breaks out an epidemic that, in all earlier epochs, would have seemed an absurdity…

For those in Europe and the U.S.–and even in countries that managed to escape the direct fallout of the crisis–whose very lives were coming apart even as capital and debt markets were unravelling at breathless speed, Marx’s ringing indictment of globalised capitalism couldn’t but have struck a chord:

… Modern bourgeois society, with its relations of production, of exchange and of property, a society that has conjured up such gigantic means of production and of exchange, is like the sorcerer who is no longer able to control the powers of  the nether world whom he has called up by his spells… The conditions of bourgeois society are too narrow to comprise the wealth created by them (the productive forces at the disposal of that society).

Relentlessly, Marx pursues this theme of the self-destructive force built into the process of capitalist development:

And how does the bourgeoisie get over these crises? On the one hand, by the enforced destruction of a mass of productive forces; on the other, by the conquest of new markets, and by the more thorough exploitation of the old ones. That is to say, by paving the way for more extensive and more destructive crises, and by diminishing the means whereby crises are prevented.

As powerful as the image of the necromancer struggling to put the genie back into the bottle is, it need not blind us to the broader point that is being made here. Capitalist growth inevitably leads to disruption and crisis, but the system reinvents itself after every such upheaval–by conquering new markets and deepening the exploitation of existing ones.

The price that every new incarnation extracts from society escalates in each cycle, but what Schumpeter called the unending process of ‘creative destruction’ rolls on regardless. The capitalist system lives to see another day. How?

The answer that Marx provides to this question remains one of the most brilliant insights that any economist/philosopher brought to his craft in any period of recorded history.

Here is Marx’s reply, in its bare essentials:

The bourgeoisie has through its exploitation of the world market given a cosmopolitan character to production and consumption in every country. To the great chagrin of Reactionists, it has drawn from under the feet of industry the national ground on which it stood. All old-established national industries have been destroyed or are daily being destroyed. They are dislodged by new industries … that no longer work up indigenous raw material, but raw material drawn from the remotest zones; industries whose products are consumed not only at home but in every quarter of the globe.

In place of the old wants, satisfied by the production of the country, we find new wants, requiring for their satisfaction the products of distant lands and climes. In place of the old local and national seclusion and self-sufficiency, we have intercourse in every direction, universal interdependence of nations… The bourgeoisie, by the rapid improvement of all instruments of production, by the immensely facilitated means of communication… compels all nations, on pain of extinction, to adopt the bourgeois mode of production… In other words, it creates a world after its own image.

Marx believed that this process would eventually lead to an enormously concentrated political economy. He also believed that this concentration was bound to assume such humongous proportions that, beyond a point, the system could no longer reinvent itself. It would then founder under its own weight–helped, as Marx had hoped, by “the grave-diggers of capitalism”– the class of the industrial proletariat, the impoverished manual wage-earner who, in Marx’s England of the 1840s, lived at best a sub-human life.

It was this idea, of capitalism being the last stage in a process of social evolution based on implacable class antagonisms, that became the point of departure for all major political revolutions of the 20th century. The most significant among these was the Russian (Bolshevik) Revolution of October/November 1917 which happened to stake its claim as the ‘real’ inheritor of Marx’s legacy. When the USSR, into which this revolution had resulted, collapsed in a heap in the 1990s, popular imagination saw this as the unravelling of Marxist political economy itself.

Liberal scholarship has always lent credence to this gross over-simplification and, for neoliberal orthodoxy, such an equation is an article of faith. From the late 1990s till the market mayhem of 2008-09, therefore, Marx the political economist was cited more often for rebuttal than for any meaningful engagement with his ideas. This, despite the fact that everybody agreed, however grudgingly, that Marx’s contributions to the social sciences, historiography, aesthetics and philosophy were seminal.

It took the tectonic shift in fundamental economic thinking caused by the 2008 crisis for the world  to once again recognize, with Eric Hobsbawm, that,

(w)e cannot foresee the solutions of the problems facing the world in the twenty-first century, but if they are to have a chance of success they must ask Marx’s questions, even if they do not wish to accept his various disciples’ answers.

Anjan Basu is a literary critic, commentator and translator of poetry. As Day is Breaking is his book of translations from the work of Subhash Mukhopadhyay. Basu can be reached at basuanjan52@gmail.com.

Who’s to blame for the crisis in Venezuela? A response to Gabriel Hetland
Giving a voice to the Venezuelan people