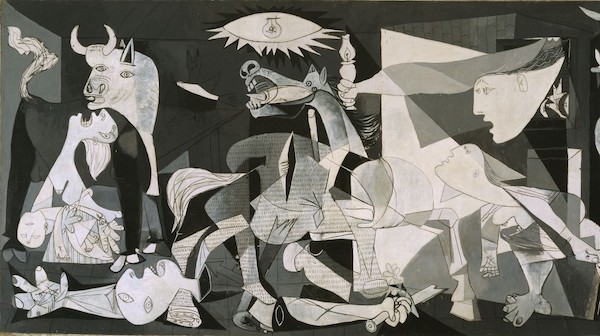 On 26 April 1937, twelve bombers of the German Condor Legion and the Italian Aviazione Legionaria flew low over the Basque country of Spain in the midst of the Spanish Civil War (1936-39). They tore down over the small town of Guernica, where they let loose their fiery arsenal. Almost two thousand people died in this defenceless town. Noel Monk of the Daily Express (London) was one of the first reporters to enter the town, hours after the bombers dropped their ordinance. In Eyewitness (1955), Monk wrote, ‘A sight that haunted me for weeks was the charred bodies of several women and children huddled together in what had been the cellar of a house. It had been a refugio’, a refuge. Pablo Picasso, the artist, was so moved by news of the fascist bombing raid on this town that he painted his most powerful work–Guernica (1937)–which now hangs in Madrid’s Reina Sofia. 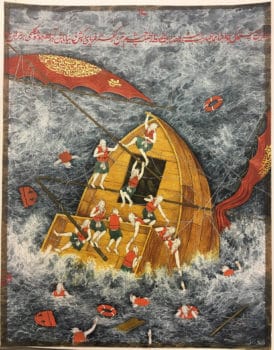 At the entrance of the United Nations Security Council in New York City hangs a tapestry of Picasso’s Guernica that had been made by the weaver Jacqueline de la Baume Dürrbach in 1955. When U.S. Secretary of State Colin Powell came to the UN in early 2003 to make his–false–comments about weapons of mass destruction about Iraq, the UN staff covered the tapestry with a blue cloth. In 1923, Picasso told Marius de Zayas, ‘art is a lie that makes us realise truth’. The lies that led to the U.S. war on Iraq could not be told with Guernica as backdrop.

Lies lead to war and then lies are needed to cover up the horrors of war. Over the past few years, the International Criminal Court (ICC) had diligently begun to investigate war crimes in Afghanistan conducted by the armed forces of the United States of America, Afghanistan and the Taliban. The ICC’s special prosecutor Fatou Bensouda was convinced that there is adequate evidence for the ICC to move the investigation along (including evidence provided by Wikileaks from various U.S. army secret investigations). But the Trump administration, in the mode of the mafia, put immense pressure on the ICC. First, U.S. National Security Adviser John Bolton threatened to sanction the judges and lawyers at the court and then U.S. Secretary of State Mike Pompeo denied Bensouda a visa to come to New York City to deliver her report to the UN Security Council. On 12 April, therefore, a pre-trial bench of the ICC decided to stop the investigation. They said that an investigation into U.S. war crimes in Afghanistan ‘would not serve the interests of justice’ (for more on this, please see my report). So it goes.

It has become impossible to hold states to account. The ICC cannot move on powerful states, such as the United States and its allies (notably Israel). No other avenue remains open to the victims of permanent wars. They will march for justice, but they will get little attention. In 2011, Haji Bismillah’s son was killed by a U.S. helicopter strike in Nangalam (Afghanistan). ‘My son Wahidullah’s head was missing’, he said with great sadness. ‘I only recognised him from his clothes’.

Global military spending is over $2 trillion, with the United States by itself spending almost half this amount. Total U.S. military spending is now at $989 billion. This number includes not only the formal expenditure on the U.S. military, but also expenditure on the Veteran’s Administration, the Department of Energy, the National Nuclear Security Administration, the Cybersecurity component of the Department of Justice, Homeland Security and the military aspects of the State Department. It does not include the immense secret budget of the National Security Agency and the Central Intelligence Agency. Add these up and the U.S. military budget is already over $1 trillion, as our friends at Monthly Review found in 2007. The United States spends more on its military than the next nine highest-spending countries combined: China, Saudi Arabia, Russia, India, France, United Kingdom, Japan, Germany and South Korea. ‘Security’ or ‘deterrence’ are not the main aims of such formidable military spending. A world awash with weapons leads to tragedies, such as the recent massacre in Sri Lanka, where military-grade explosives were used in the terrible murder of over three hundred and fifty innocent people.

Focus on the arms industry is sporadic, with the Stockholm International Peace Research Institute (SIPRI) and others like it lonely in their work. Recent reports from SIPRI show that the volume of arms transfers–a major part of the business of the arms trade–has been rising over the years, with the United States, Russia, France, Germany and China as the biggest exporters of weapons (they account for 75% of all world arms sales). The United States, by itself, sells 36% of the world’s arms–with a focus on combat aircraft, short-range cruise missiles and ballistic missiles and guided bombs. The top ten arms companies in the world are:

Why do governments spend such a vulgar amount on weapons? In his monumental Grundrisse (1857), Karl Marx made the offhand, but accurate remark, ‘The impact of war is self-evident, since economically it is exactly the same as if the nation were to drop a part of its capital into the ocean’. A permanent war economy is a waste, even if there are massive profits to be made by these warfare companies. So much can be done with $2 trillion–a mere $30 billion per year to end world hunger, as the UN Food and Agricultural Organisation noted in 2008. Last year, the UN began a campaign to raise $10 billion to eradicate illiteracy. But even these meagre funds have been impossible to raise, the promise of ‘billions into trillions’ from the much-heralded public-private partnerships falling flat. There is always money for war, but never enough money to build the scaffolding for peace.

There is always the illusion that military spending is for security, when it appears to be more for profit. The entire industry is lubricated with bribes. Joe Roeber of Transparency International said that the arms trade is ‘hard-wired for corruption’. ‘In 1997, I was told in Washington that a mid-nineties report by the CIA concluded’, he wrote, that ‘arms trade corruption then accounted for 40-45% of the total corruption in world trade’. The national security argument, Roeber suggested, ‘throws a veil of secrecy around arms deals’, whose scale is so large that even small percentages of bribes make for large dollar amounts. Bribery is normal, the deals that are revealed are startling–bribes running from $300 million (the South African-BAE deal from 1997-98) to $8 billion (the Saudi-BAE deal from 1985-2007).

For a taste of the arms trade, do watch Shadow World by Johan Grimonprez, trailer above, which is available for rent at all the major outlets.

A few days ago, I joined a group of Iraqis (such as the writer Haifa Zangana and Thuraiya Muhammed of Tadhamun: Iraqi women solidarity), journalists who covered the Iraq war and those who led solidarity campaigns for the Iraqis in signing the following note:

Thank You, Julian Assange. Thank You, Chelsea Manning,
For exposing the human rights violations, criminality and horrors of U.S. war on Iraq.
For Wikileaks that told us the truth about what was actually happening.
For providing us with The Iraq War Logs that would help us, in the near future, to hold those responsible for launching the war of aggression on Iraq as war criminals. 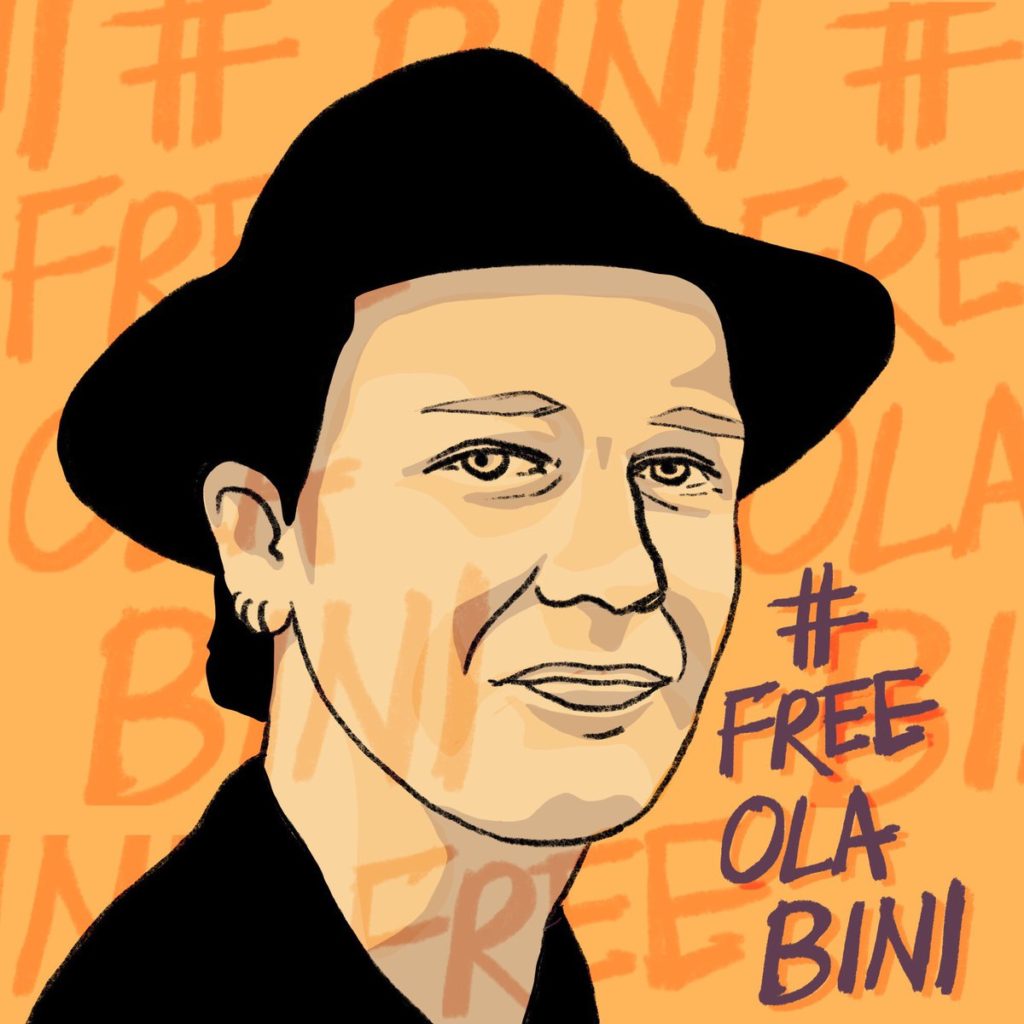 And we had in mind Ola Bini, who is in El Inca prison in Quito (Ecuador), who has no role in any of this but seems to be collateral damage for the frustration of the ruling elites that their mendacity was revealed by the Afghan War Logs and the Iraq War Logs and so many more leaks. 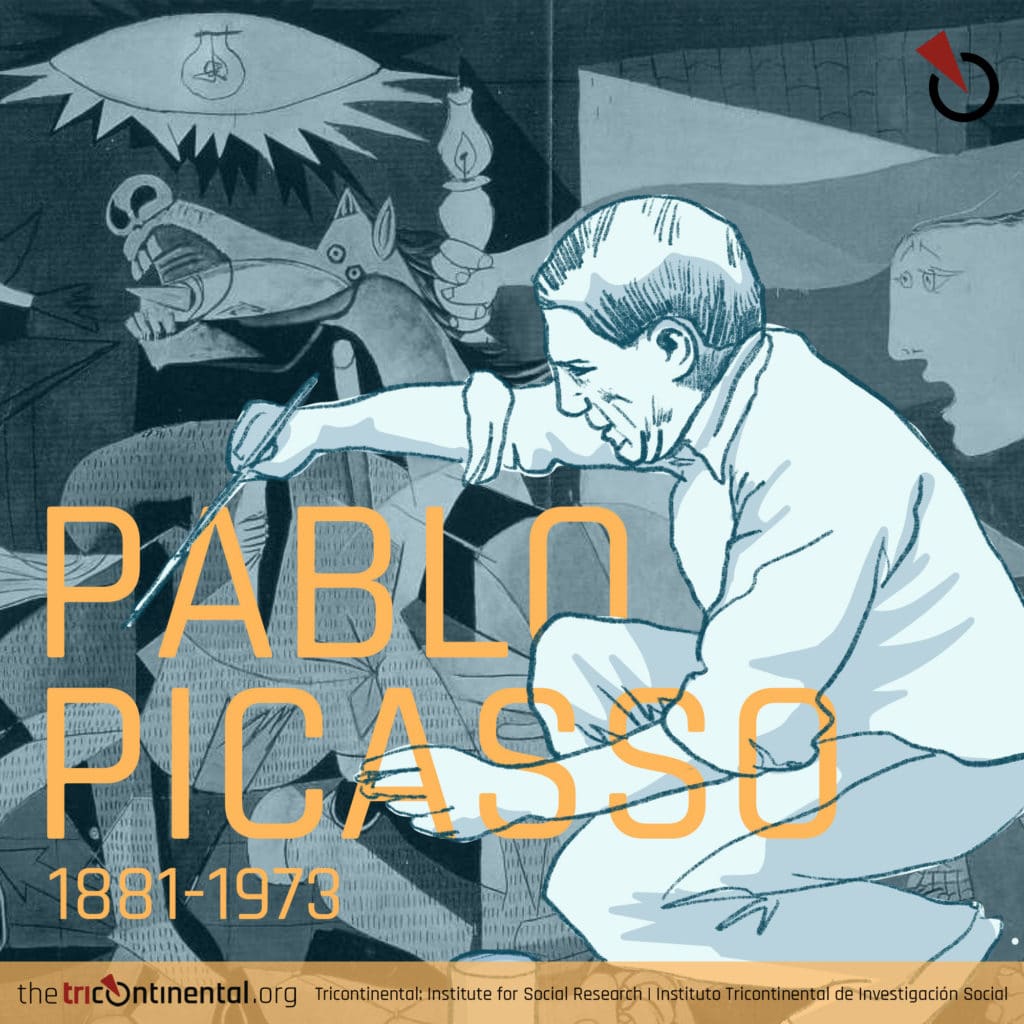 It is not what is in these Logs that bothers the powerful, whose indignation is reserved for those brave people who expose their crimes and call them to account.A Gestapo officer barged into Picasso’s apartment in Paris. There was a photograph of Guernica on the wall. The Gestapo officer asked if Picasso had done the painting. ‘No’, Picasso replied. ‘You did’.