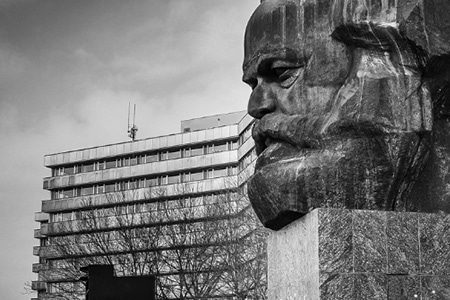 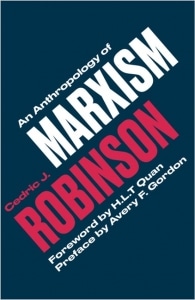 In An Anthropology of Marxism, reissued posthumously, Cedric J. Robinson provides a novel lens for deconstructing the work of Karl Marx by challenging Marx’s assertion that capitalism is an essential precondition for socialism. Robinson’s account holds great potential as a tool of political praxis, writes Eric Loefflad, and its critique of Marxism offers a new dimension of Marxist strategy for today’s world.

In the decade following the 2008 financial crisis, global inequality is rising, climate disaster is impending and far-right authoritarianism is enjoying one political victory after another. As existing institutional logics fail to explain, let alone rectify, these situations, it is unsurprising that Karl Marx’s critique of capitalism, long marginalised after the fall of the Soviet Union, is experiencing a resurgence. However, this renewed Marxist interest is accompanied by claims that Marxism is prone to rigidity/exclusionism in its theory of universal emancipation. Diverse in its manifestations, this line of critique has portrayed the Marxist tradition as flawed in its primary location of transformative agency in a predominantly white male industrial working class whose exploitation is facilitated by their status as formally equal agents. What is lost in this account is capitalism’s reliance on inequality-based structures that include: the uncompensated labour of women in the domestic sphere, racialised colonial dispossession and the coerced extraction of value from slaves, serfs and peasants.

Against this backdrop, Cedric J. Robinson’s An Anthropology of Marxism (hereinafter ‘Anthropology’) provides a novel lens for deconstructing the work of Marx and the critiques lodged against it. Reissued from its original 2001 edition with a foreword from HLT Quan and a preface by Avery Gordon, the central argument of the now deceased Robinson is that Marx was incorrect in his assertion that capitalism is an essential precondition for socialism. Here he frames Marx’s theoretical synthesis of German philosophy, English political economy and the French revolutionary legacy as failing to interrogate its own cultural and intellectual presumptions. Rather, by rejecting pre-Enlightenment emancipatory endeavours as inconsequential instances of ‘primitive socialism’, Marx embraced the very conceits of bourgeois ideology he purported to critique.

From this premise, Robinson offers an alternative genealogy of socialism by turning to eleventh-, twelfth- and thirteenth-century Europe. According to this narrative, peasant uprisings against the power of merchants, feudal lords and the hierarchy of the Catholic Church were driven by interpretations of Christianity that, in varying form, called for radical distributional and gender equality. This foundational eruption of socialism prompted the existing order to suppress these efforts through a reconfiguration of previously pluralistic Christian doctrines that labelled these popular movements as ‘heretical’. Yet, despite this concerted suppression, a formative socialism lived on through religious orders such as the Franciscans, and later the Jesuits, who attained influence as dispute resolvers and charity-providers throughout Europe and later its overseas colonies. 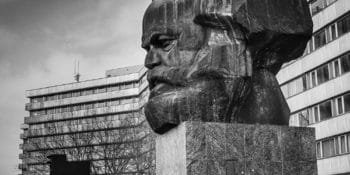 From here, Robinson shows how the legacies of formative socialism shaped the thought of both Immanuel Kant and Georg Hegel, yet were excluded from Marx’s depiction of these theorists. Following this, Anthropology turns to Marx’s usage of Aristotle. Here Robinson claims that Aristotle’s conception of a political society of formally equal citizens, and its erasure of women and slaves, is reproduced in Marx’s conception of proletariat agency and its emphasis on formal equality as constitutive of capitalist social relations. For Robinson, this exclusion of medieval socialist formulations that centred the plight of formally unequal subjects was symptomatic of Marx’s investment in bourgeois Enlightenment conceptions of linear progress through rationality. Thus, under Marx’s influence:

The originated discourse in Western socialism became subjugated knowledges. In their place socialism acquired an alternative and secularized natural history, one drawn from the discursive practices of scientific discourse and bourgeois hagiography (111).

In evaluating Robinson’s argument, we must understand the intervention he was making in the context of Anthropology’s original 2001 publication. As Quan notes in the foreword, Robinson can be read as a response to the anti-socialist ethos of the post-Cold War era that purported to discard Marxism into the world-historic repository of failed ideas. Thus, in continuing the socialist project by unmooring it from its Marxist baggage, Robinson’s claim was ‘an unwavering act of faith in the ability and role of ordinary women and men to make their society anew’ (p. ix, notes omitted). While this may clarify Robinson’s purpose, it raises the question of how his analysis should be treated in our current moment in which Marxist critique has regained its relevance.

That said, one means of engaging Robinson’s Anthropology is to understand it through the same modes of Marxist analysis it critiques. While Anthropology decries dialectical materialism as bourgeois intellectual arrogance that deprived socialism of its original promise, ironically Anthropology can be interpreted as presenting an extraordinarily innovative dialectic in its own right.  Here, if socialism, i.e. spiritual anti-hierarchical medieval communalism, was a ‘thesis’ that found its ‘antithesis’ in the individualistic rationality of the bourgeois Enlightenment, then Marxism can be understood as a ‘synthesis’ of the socialist ethic with Enlightenment analytical methods.

This interpretation is supported by William Robert’s recent contextualisation of Capital within the workers’ movement of Marx’s time, which shows how Marx’s theory stemmed from claims that labour’s political goals required a sufficiently radical understanding of its distinct arena of struggle. If the medievally-rooted socialist ethic informed this backdrop of labour activism, then, far from ‘intellectual conceit’, Marx’s mastery over bourgeois theory for the purpose of levying an all-pervasive critique acted to prevent workers’ assertions from being co-opted by ultimately futile capitalist offerings of reform. While this view preserves Robinson’s premise that the existence of socialism is not contingent on the emergence of capitalism, it does add the caveat that perhaps socialism, at least in Marx’s context, required Marxism to resist capitalism.

Nothing about this interpretation should detract from Robinson’s overarching point that we must decentre the agency of Marx’s privileged white male industrial working class when theorising anti-capitalist resistance. Although the Marxist tradition is certainly not without chauvinism in this regard, it has also been remarkably adaptive to self-critique. A key illustration of this is Onur Ince’s demonstration of how capitalist domination is a globally interconnected force, but its exploitation is experienced (and resisted) in different ways across varying temporal and spatial contexts that include wage labour, involuntary servitude and colonial dispossession. In taking this multi-layered perspective to the next level, Anthropology shows how postcolonial/decolonial critiques of Marxist orthodoxies regarding the non-European world also apply to Europe itself.

Beyond its analytical value, Robinson’s account holds great potential as a tool of political praxis. For what Anthropology confronts is the question of how exactly are we to make sense of the cultural and political significance of Europe’s medieval period in our current global moment? Especially in Europe and settler offshoots, this historical period is susceptible to being problematically invoked by both the liberal centre and the far right. For liberal centrists, this era can be characterised as an alleged ‘dark age’ of ignorant barbarism, and the fact that it was transcended justifies the narrative of linear progress. For the far right, this era acts as an alleged ‘golden age’ of pure white Christian identity that justifies the resurrection of violent, and potentially genocidal, fascism. Both of these narratives mischaracterise the material dynamics of the current global crisis and, in varying capacities, both are rooted in the belief in Western superiority over all other peoples. Through Robinson’s account, we are provided with a third option for understanding the contemporary meaning of Europe’s middle ages: a legacy of ordinary people struggling for emancipation against unjust material conditions. Thus, paradoxically, Anthropology’s relentless critique of Marxism offers great potential in forging an entirely new dimension of Marxist strategy in the actually-existing world.–

Eric Loefflad is a PhD candidate in Law at the University of Kent, Canterbury. His current research focuses on the intertwined material histories of law, empire and the emergence of modern political consciousness.