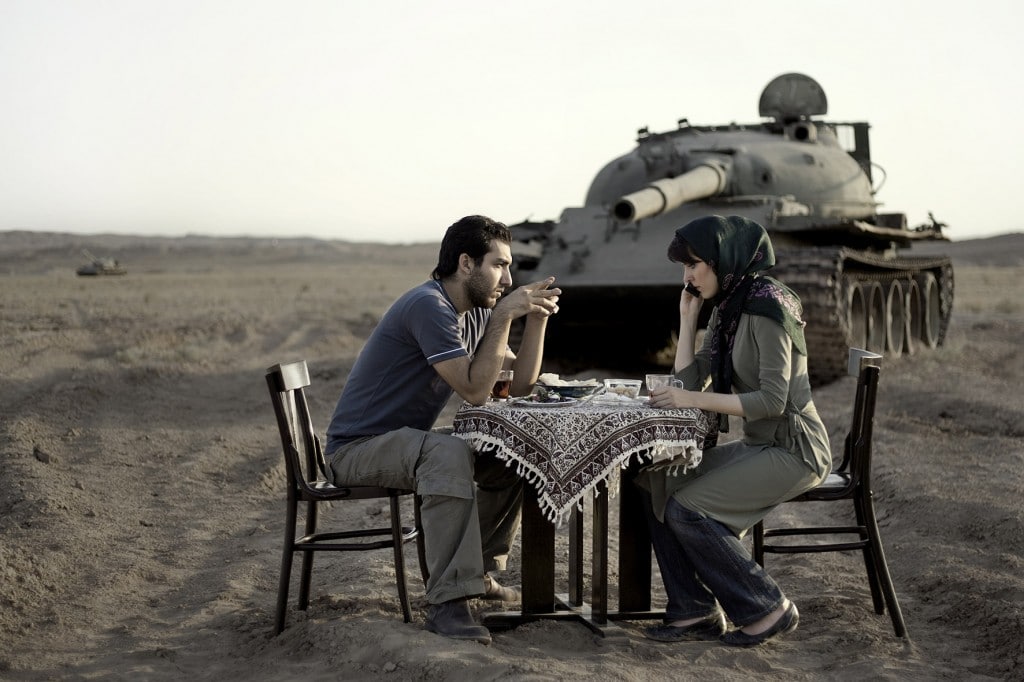 U.S. President Donald Trump sat in the White House and contemplated a war against Iran. His army had been sending surveillance aircraft along the Iranian coastline, teasing Iranian radar, which tracked these manned and unmanned planes as they skirted the 12 nautical mile limit of Iranian sovereignty. Last week, the United States had two planes alongside Iran’s coast—an unmanned Global Hawk drone and a manned P-8 spy plane.

Trump and his team threatened to retaliate. They wanted to shoot at Iranian radar and anti-aircraft facilities. At the 11th hour, Trump said, he decided not to fire at Iranian targets. The Pentagon had warned him that this would threaten U.S. troops in the area. It was to protect these troops that Trump did not launch a strike.

Trump might not have sent in a suite of missiles to hit Iran last week, but the United States has—of course—already opened up a certain kind of war against Iran. A few days before the drone was shot down, the head of Iran’s Supreme National Security Council—Ali Shamkhani—gave a talk in Ufa, Russia, on security matters. In his talk, Shamkhani said that the United States had squashed the sovereignty of a number of countries. The U.S. Treasury Department, he said, had become a kind of financial CentCom (Central Command). Shamkhani said that the policies pursued by the United States should be considered to be “economic terrorism.”

U.S. unilateral sanctions are at the heart of this “economic terrorism.” The United States is able to use sanctions as an effective instrument against other countries because it has such enormous power over the world financial and monetary system. The U.S. dollar is the main reserve currency and the main currency of international trade. Reliance upon the U.S. dollar and on U.S. financial systems means that most countries are unwilling to stand up against U.S. pressure.

Sanctions have meant that Iran—reliant upon the export of oil and natural gas—has seen its external revenues collapse. The domination by the United States over the world financial system—including the international financial institutions (the International Monetary Fund and the World Bank) has meant that Iran has not been able to raise credit on the international market. Difficulty in importing medicines and food has produced grave challenges for the Iranian people.

Since the Western media continues to set the terms of international understanding, Washington’s interpretation of events around Iran predominates. Iran has never attacked the United States, but the U.S. has in fact intervened several times in Iran. In 1953, the U.S.—with the UK—overthrew the democratically elected government of Mohammed Mossadeq and over the course of the next two decades provided full support to the unpopular government of the shah of Iran. When the Gulf Arabs pushed Saddam Hussein to attack Iran in 1980, it was the U.S.—and Western Europe—that provided Iraq with arms and money for a bloody eight-year war. All of this context is lost to the Western media, which hyperventilate about fantasy stories such as Hezbollah in Venezuela or Iranian control over the Houthis. It is always Iran that is the aggressor, even when it has been Iran at the receiving end of U.S. aggression.

Iran is seen as the cause of the problem; the idea that Iran is a rogue or terrorist state is hard to shake off. This is part of the information war that Iran faces, unable—even with a sophisticated foreign minister (Javad Zarif)—to argue its case that it has not been belligerent, but it has been at the receiving end of threats and sanctions from Washington.

Between 2010 and 2012, four Iranian nuclear scientists were killed. These scientists—Masoud Alimohammadi, Darioush Rezaeinejad, Mostafa Ahmadi Roshan and Majid Shahriari—were killed either by Israeli intelligence, the Mojahedin-e Khalq (MEK) or U.S. intelligence, or some combination of all of them. These scientists were killed inside Iran, in broad daylight. It sent a chill through the scientific community. A U.S. and Israeli created computer worm—Stuxnet—hit Iranian computer systems in 2010, creating damage to Iran’s computers that held part of its nuclear work. It was announced that more such attacks were possible. These took place before the nuclear deal was agreed upon in 2015. But the stench of such attacks remains.

Iran’s minister of information and communications technology—Mohammad Javad Azari Jahromi—said that Iran has built a firewall that protects its facilities from any cyber-weapon thrown at it by the U.S. and Israel. This firewall is built by Iranian computer scientists.

It is this combination of attacks—the sanctions, the information war, the sabotage—that comprises the “hybrid war” against Iran (for more on the concept of “hybrid war,” see the dossieron Venezuela from Tricontinental: Institute for Social Research). This hybrid war continues, with the threats of war as part of the arsenal wielded by Washington against Iran. Even Trump’s statement that he withdrew the order to bomb Iran just minutes before the attack began is part of this information war, this attempt to terrify Iranians into the belief that the U.S. is dangerous enough to drop bombs at any time. The hybrid war tightens the noose around Iran.

It is not easy to untangle the reliance of the world economy to the U.S. dollar and to U.S. financial systems. Even talk of multilateralism is premature. It is one thing to call for it and another to recognize that it will take at least a decade to create the institutions and instruments for multilateralism. Confidence in the Chinese yuan, for instance, will need to be built. So will confidence in alternative systems to transfer money and to reconcile trades. The European Union said openly that it wanted an alternative mechanism to pay Iran for oil, one that would not run through U.S. sanctions. But such an instrument could not be created. It will take time.

Meanwhile, on the political plane, about 25 countries have come together to create a platform against sanctions. These countries, says Iran’s senior parliamentarian Mohammad Ali Pourmokhtar, will stand together against the “inhumane” U.S. sanctions regime. It is not clear what this group will be able to do, but it is certainly the case that they will conduct a political campaign against the kind of harsh sanctions that are currently on Venezuela, Cuba, and Iran.

It is significant that China and Russia will be involved with this club. In Tehran, Russia’s Ambassador Levan Dzhagaryan said that China, Iran and Russia will form a trilateral group to fight against the U.S. unilateral war on Iran.

The group of 25 will struggle against sanctions and the group of three will try to prevent a U.S. war—but whether they can prevail is a serious question. The United States—under Trump—is utterly unreliable, its military arsenal ready to be unleashed, its hybrid war already unfurled. These are dangerous times.