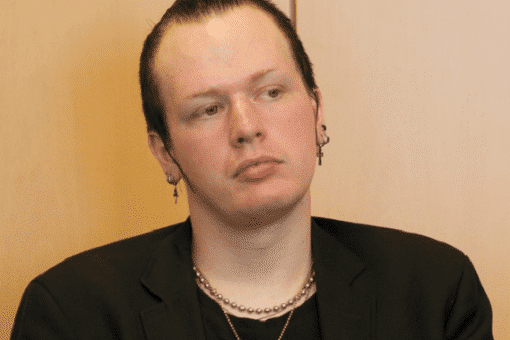 This article was first published on June 10, 2019 in the Daily Hampshire Gazette.

Two months ago, the police in Ecuador arrested my friend Ola Bini at Quito airport. Ola was on his way to Japan for a two-week martial arts course. He’s a software developer from Sweden who has lived in Ecuador since 2013.

Ola is not merely a software developer — to be honest. He is also a human rights defender. All the programs that Ola has developed are made with human rights organizations in mind. He wants them to be able to protect themselves from powerful entities that are the target of these organizations.

If a small group in Honduras that is concerned about large dams wants to build a website, Ola would help them make it secure. If he had other skills, he’d turn them over to the same groups. This is why he now sits in a jail in Ecuador.

If Ola put his immense skills to work for a bank, he would be celebrated. Ecuador’s President Lenin Moreno would likely invite him to the presidential palace. The World Bank and its local partners in Ecuador would have invited Ola to address a conference on connectivity and development. He’d probably win awards and be a regular guest on Swedish and Ecuadorian television. But, since he did not work for a bank and did not celebrate the International Monetary Fund’s style of economic “development,” Ola is seen as a criminal.

A few months ago, Ola and I were in Barcelona (Spain) at a conference organized by the European Union’s DECODE privacy project. It was a sunny day outside, while we sat and listened to speakers explain the new surveillance society, chilling us with warnings about the end of privacy and of autonomy.

This was all very well. But more dangerous was the impact that the technology of surveillance had on human rights defenders. In 2014, Edward Snowden — the former U.S. intelligence contractor — said that the U.S. government’s National Security Agency “has in fact specifically targeted the communications of either leaders or staff members in a number of purely civil or human rights organizations.”

Ola’s remarkable free software innovations which he had developed with others — such as Enigmail, Tor and Certbot — had provided some measure of security from such espionage. In January, Ola wrote, “My mind is very much focused on privacy these days. Some days I’m heads down writing low level code, others I’m spending on specification of cryptographic protocols, or the usability of common types of security interactions. This world is full of horrible things, and we need a change.”

People like Ola — whom Computerworld selected as one of the most innovative software developers of his generation — could easily work for a bank or for a government. They have such unique skills. Half the time I don’t know what software developers like Ola are talking about, although their passion is contagious.

As a human rights defender, Ola befriended Julian Assange at the Ecuadorian embassy in London. Mixed feelings abound about Assange — feelings about the allegations by two women from Sweden about rape and feelings about his role in the leak of Democratic Party head John Podesta’s emails. Assange came to the world’s attention not for these matters but for his role — as the head of Wikileaks — in the dissemination of the U.S. government materials downloaded by Chelsea Manning.

The U.S. State Department cables and the video footage (notably of the killing of reporters by U.S. helicopters in Iraq) provided direct evidence of war crimes and corruption that involved U.S. officials. The U.S. establishment has wanted to punish Assange and Manning for this revelation, not for what Assange did in Sweden or for the leak of the Podesta emails.

Ecuador had given Assange refuge in its London embassy in 2012. At that time, Ecuador was governed by a left-wing government. Since then, Ecuador’s government has changed its stripes and has wanted — desperately — a massive infusion of funds from the International Monetary Fund. As the new president negotiated with the IMF (and with the U.S. government), the question of Assange came on the table.

The U.S. wanted Assange ejected from Ecuador’s embassy. This is what happened on April 11, shortly after Ecuador received a $4.2 billion deal from the IMF. That afternoon, Ecuador’s police arrested Ola Bini in Quito.

What has Ola to do with all this? A reporter called me up a few days after the arrest to ask if Ola was “Julian’s code-cracker.” He wanted to know if Ola Bini had helped Julian Assange — who is not technically astute — assist Chelsea Manning to break into the U.S. State Department system.

Ola met Julian in 2013. Manning had already turned over the material. There was nothing to the allegation. But it left an ugly smell. Who had begun to allege that Ola was involved with Assange and that he was somehow part of the whole conspiracy to break into the U.S. State Department site? It is important to know that Chelsea Manning — who had already spent four years in prison, whose sentence was commuted by President Obama — was rearrested in March and remains in prison because she has refused to testify against Assange.

At the end of May, the UN Special Rapporteur on Torture, Nils Melzer, went to see Assange at the Belmarsh Prison in the UK. Melzer’s statement is chilling. “In twenty years of work with victims of war, violence and political persecution,” Melzer wrote, “I have never seen a group of democratic States ganging up to deliberately isolate, demonise and abuse a single individual for such a long time and with so little regard for human dignity and the rule of law.”

My friend Ola is a kind-hearted vegetarian who languishes in Ecuador’s prison system. Special Rapporteurs from the UN and the Organization of American States have written to Ecuador on May 7 to express their concern about Ola’s arrest and detention; no one has responded to them.

David Kaye, the UN Special Rapporteur on Freedom of Expression said that “nothing in this story connects Ola to any crime.” There is a large net thrown by U.S. intelligence around human rights defenders — people like Ola. They are being treated as criminals because they do not accept the deterioration of humanity in our world.

“The world is full of horrible things,” Ola wrote earlier this year.

One of them is his unjust imprisonment.