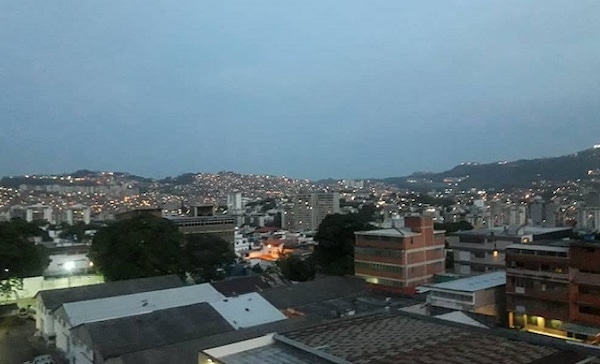 Power had been restored to Caracas by Tuesday morning. (TeleSUR)

Electricity has been gradually restored in Venezuela after a widespread outage affected most of the territory on Monday.

The blackout started at approximately 4.45 pm, with Venezuelan authorities blaming an “electromagnetic attack” against the Simon Bolivar Hydroelectric Plant, known as the Guri Dam, the country’s main electricity source. No further details on the nature and source of the attack have been given so far.

Power had been restored to most of Caracas by Tuesday morning, despite momentary setbacks. Areas both to the east and west country had service restored already on Monday evening. At the time of writing, electricity has been brought back online at least partially in all 24 states.

Labor and school activities were suspended on Tuesday with services such as the Caracas Metro currently running contingency plans.

Venezuela has suffered from a series of widespread power outages in the months of March and April, with the government denouncing cyber, electromagnetic and physical attacks against the electric grid and the Guri Dam. Five suspects of involvement in the alleged March attacks have been arrested, with arrest warrants issued for 14 others.

Recovery at the time of the first blackouts was much slower, with states such as Zulia taking as long as a week to have service partially restored. However, parts of the country still suffer from hours-long daily blackouts as authorities have struggled to bring the grid back up to its former capacity. Power outages have likewise had a negative impact on Venezuela’s oil production.

Venezuela’s electricity infrastructure has suffered from under-investment and lack of maintenance, as well as migration of qualified personnel, problems that have been worsened by U.S. sanctions. Sanctions have stopped Venezuela from servicing equipment and from activating backup thermoelectric plants due to lack of fuel. 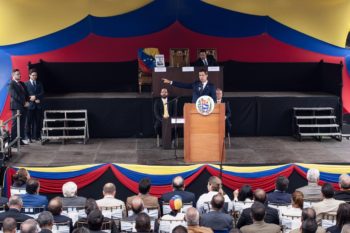 The latest power outage was followed by self-proclaimed “Interim President” Juan Guaido announcing the country’s “reincorporation” into the Inter-American Treaty of Reciprocal Assistance (TIAR) after it was approved by the opposition-controlled National Assembly. Caracas had abandoned the treaty, alongside other regional governments, in 2012.

TIAR is mutual defense pact involving sixteen countries in the hemisphere, and hardline opposition supporters have pushed for Venezuela’s re-entry as a possible legal justification for U.S. military action. The practical consequences of the opposition’s decision are not yet known, as TIAR also includes countries which do not recognize the opposition leader as the country’s president.

Addressing supporters during a rally in an upper middle-class district of east Caracas on Tuesday, Guaido sought to temper expectations by stressing that the reincorporation into the treaty was not “magic,” calling on his followers to “take to the streets with more force.”

Ever since proclaiming himself president six months ago, with prompt U.S. support, Guaido has led several attempts to oust the Maduro government, including a humanitarian aid “showdown” on February 23 and an attempted military putsch on April 30.

The Venezuelan government and the opposition are currently engaged in a dialogue process mediated by the Norwegian government. After two rounds held in Oslo, talks were moved to Barbados. The topics under discussion are currently unknown, with Norwegian mediators lauding both sides for their commitment and a “permanent” negotiation table set up.