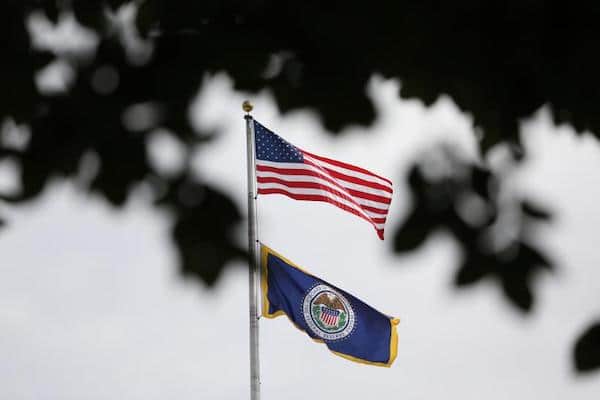 The decision of the United States Federal Reserve to cut short its cycle of interest rate increases and reduce rates, while announcing a halt to its quantitative tightening programme, is likely to restore an environment of excess and cheap liquidity. While justified as a means to strengthen the U.S. recovery, this move would in all probability deliver increased financial speculation rather than higher growth. If that triggers another financial boom–bust cycle, slow growth could be followed by another deep recession.

On 31 July, the United States Federal Reserve System (U.S. Fed) announced its decision to cut its benchmark short-term interest rate by one quarter of a percentage point to a target range between 2% and 2.25%. It also announced that it would put an end to its policy of selling chunks of its holdings of securities, so as to unwind its bloated balance sheet. The rate cut was indeed the first in a decade, as the global financial media reported. But, that was not why the reduction was newsworthy. It was because with the cut the Fed was, rather early, turning its back to the effort that had been on since early 2016 to move interest rates back to pre-crisis levels and undo the policy of quantitative easing (QE).

Starting 2016, gradual rate increases and asset sales by the Fed were presented as necessary, because “unconventional monetary policies” adopted to combat the recession precipitated by the global financial crisis (GFC) had been in place for too long. Interest rates had been at near-zero levels for eight years and the policy of QE, or injection of liquidity through purchase of securities, had led to the accumulation of more than $4 trillion of assets on the Fed’s balance sheet, compared with less than the $900 million it held before the GFC.

These extreme outcomes were the result of the unwillingness of the policy establishment to recognise that these instruments were not effective in triggering a recovery or getting inflation back to targeted levels. In a series of cuts during 2007 and 2008, especially the latter, the Fed’s benchmark rate was reduced from 5.4% to near zero. Together with the QE policy, this had flooded the economy (and the rest of the world) with cheap liquidity. The justification for this was that monetary policies such as rate reductions and liquidity infusion, as opposed to deficit spending by the government, were the best medicines to cure the U.S. economy of the recession into which it had been driven by the GFC. The evidence shows that for years these policies did not work, and the economy remained stee­ped in recession. Yet, the Fed (as did central banks in Europe, United Kingdom and Japan) persisted with the policy, cutting rates further and intensifying QE, resulting in a bloated central bank balance sheet and near-zero rates.

While it became clear that this trajectory was largely ineffective in spurring growth, evidence was mounting that it was having adverse financial consequences. By encouraging financial and non-financial players to borrow cheap and engage in a range of speculative investments that did yield high returns, these resulted in asset price inflation and the proliferation of derivatives and hedging instruments that were responsible for the GFC, and therefore the recession, in the first place. Simultaneously, corporate debt was reaching new highs, with the share of leveraged debt or lending to already highly indebted companies rising. This resulted in a view that even if recovery was not fully in sight, these unconventional monetary policies had to be unwound to stall another financial meltdown.

For central banks and neo-liberal governments, this was a tough call to take. By having declared proactive fiscal policies unthinkable, they only had monetary instruments at hand. Dropping them would make them appear weak and ineffective. It was at this point that some pick up in the gross domestic product (GDP) growth and a fall in the official measure of the unemployment rate in the U.S. (but not elsewhere) offered an escape route. A gradual departure from the unconventional policy could be justified.

Pushed by evidence of financial fragi­lity and emboldened by what were perceived to be early signs of recovery, the Fed began a slow journey along a trajectory that seemed to be a return to pre-crisis levels of the interest rate and a near pre-crisis asset-holding configuration. From its near-zero levels (0.00%–0.25% range), starting December 2015 the Fed Funds rate was raised gradually (in nine steps) to a target range of 2.25%–2.50% in December 2019. This was still way short of the pre-crisis level. Simultaneously, the total assets held by the Fed were reduced from around $4.45 trillion at the end of 2015 to around $3.8 trillion in July 2019. Even in this case, the level of asset holding was much higher than what prevailed prior to the crisis. Yet, even though the task of unwinding unconventional monetary policies is far from complete, going by its 31 July announcement, the Fed has decided to hold back and reverse its policy direction.

This turn in policy has been in the making for sometime now. In December 2018, the Fed, that had been in rate-hike mode, had declared that it plans on another three interest rate hikes to take the target range to 3%–3.25% and would continue to unwind its balance sheet by selling bonds and securities to the tune of $30 billion–$50 billion every month. But, in March 2019, on the grounds that “growth of economic activity has slowed from its solid rate in the fourth quarter” (Federal Open Market Committee 2019), the Fed decided to hold back on rate rises and scale down the planned monthly reductions in its bond holdings. The end-July interest rate reduction and bond-buying halt is only a further intensification of that tendency.

This should please Donald Trump who has been hectoring Fed Chairman Jerome Powell, on the grounds that he was holding back recovery by not cutting interest rates after having raised them. It should also have pleased the “markets” that have got addicted to cheap money and were unhappy with the Fed’s earlier resolve to raise interest rates back to pre-crisis levels and withdrawQE. But, neither are happy, because of Powell’s declaration that this is not the beginning of a new rate-cutting cycle, but a cautionary one-shot affair. In Powell’s words, the 31 July cut should not be seen as the beginning of a long series of rate cuts. “You would do that if you saw real economic weakness. … That’s not what we’re seeing,” he reportedly said (Timiraos 2019). Put otherwise, the decision to lower the Fed’s benchmark short-term rate to a range between 2% and 2.25% was a “mid-cycle adjustment.” Trump and the markets want declaration of a new cycle, and an adherence to that declaration.

The principal justification for the Fed’s policy reversal is an assessment that the robustness of the U.S. recovery had been exaggerated and that with the trade and technology war launched by the Trump administration and the increasing likelihood of a no-deal Brexit, downside risks are significant now. Moreover, core infl­a­tion stood at just 1.6% for the year ended June, below the central bank’s 2% target declared in December. Both of these trends favour easing monetary conditions and that calls for some “mid-cycle adjustment.”

The difficulty is that this adjustment comes when other advanced countries, especially in Europe and elsewhere, are maintaining even lower interest rates. The resulting interest rate differential between the U.S. and the rest encourages a flow of capital into dollar-denominated assets, especially U.S. Treasuries. This leads to dollar appreciation, as well as pushes down yields on U.S. Treasuries. Trump does not like the first outcome, because it neutralises the effects of his tariffs and can undermine the already weak competitive position of the US. Taking to Twitter the President said:

What the Market wanted to hear from Jay Powell and the Federal Reserve was that this was the beginning of a lengthy and aggre­ssive rate-cutting cycle which would keep pace with China, The European Union and other countries around the world. As usual, Powell let us down.

The markets had a different complaint. They are, of course, not too happy with the fall in Treasury yields. But, more importantly, they are unhappy that having benefited from the longest bull run in U.S. stock exchange history, the markets have turned sluggish, and the Fed was not fulfilling expectations of a full return to the cheap and easy money era that can restore the path to speculative profit. It was only offering what could possibly be a one-shot “mid-cycle adjustment.”

But, there is reason to believe that having opened the door to easy monetary policy, Fed Chairman Powell would find it difficult to shut it again. Partly also because things can only get worse for the U.S. economy before it can, if at all in the near future, get better. And there are new uncertainties to contend with, not least the announcement by Trump, immediately after the Fed’s rate cut decision, that he plans to impose a tariff of 10% on $300 billion worth of imports from China, and could take that tariff higher to even 15%, 20% or 25%. That may have adverse consequences for both U.S. and global growth, and definitely hurt markets. In the event, it could force the Fed to convert what it describes as a one-shot “mid-cycle adjustment” into a more prolonged rate reduction effort, that would lead to a negative interest rate regime in the U.S. as in Europe and elsewhere.

However, if past experience is any guide, such rate reductions are unlikely to do much for U.S. growth. But, it could set off another round of speculative financial investments fuelled by the availability of cheap liquidity. If that triggers another financial boom–bust cycle, slow growth could be followed by another deep recession.