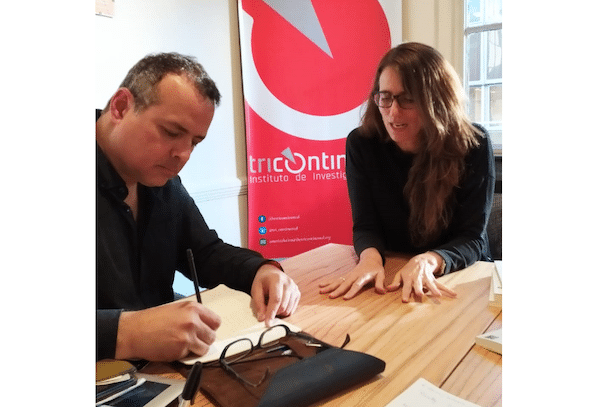 Far to Argentina’s northwest, near the borders with Chile and Bolivia, sits the province of Jujuy. Here, until a few years ago, a major political force of the poor and indigenous had emerged. It is called the Tupac Amaru Neighborhood Association (Organización Barrial Túpac Amaru). The name—Tupac Amaru—itself sends shudders across the hemisphere. Both Tupac Amaru I (1545–1572) and Tupac Amaru II (1738-1781) fought off the Spanish, the first as the last king of the Incas and the second as a rebel against the colonial state. Tupac Amaru II was captured after a massive uprising, and then drawn and quartered in the bloodiest way. In the name Tupac Amaru, you have therefore both the rebellion and the hatred of the oligarchy against the poor and the indigenous. The Tupac Amaru Neighborhood Association, which edged closer and closer to power in Jujuy, had to be—therefore—broken into bits.

The leader of the Tupac Amaru Neighborhood Association is the charismatic Milagro Sala (age 55). She emerged into leadership through her work in trade unions, in the Peronist movement, and in the movement of the indigenous. Over the past 10 years, politicians of the Radical Civic Union—which governs Jujuy—have attempted to undermine and destroy the base created by Sala and the Tupac Amaru group. They have accused members of the group—and Sala specifically—of attempted assassinations and of corruption. When Gerardo Morales—of the Radical Civic Union—was elected governor in 2015, he alleged that the Association would conduct acts of violence in the province. When Sala denied this, and when the Association started a demonstration in Jujuy, Morales had Sala arrested. This was the start of her ordeal.

On a sunny September day in Buenos Aires, I met Sala’s lawyer Elizabeth Gómez Alcorta, who gave me her view of the case and its implications. The accusations by the State against Sala quickly escalated—from the protest to corruption to allegations that she had organised assassination attempts. The accusations are wild and maddening. In 2018, the criminal court in Jujuy threw out the accusation that Sala had ordered the failed assassination of Alberto Cardozo in 2007. When Sala heard the court’s decision, she said that it is a “small glimmer of hope.” That Sala spoke of hope is key. In prison, she had attempted to kill herself a number of times. Now, thanks to the intercession of the Inter-American Commission on Human Rights and a United Nations expert commission on human rights, she is under house arrest. Other accusations remain alive and well. They pile up around her, suffocating her.

Alcorta is a sharp and feisty lawyer. She has no time for half measures. Argentina, she told me, is a “dictatorship of white men.” They have gone after this woman, this indigenous woman, with a keen sense of vengeance. The very harshness of the attack on Sala has stilled her organisation. There have been no protests in Jujuy for the past three years, largely because of the repression. The arrest of Sala, Gómez Alcorta told me, sends a message across Argentina that the protests of the indigenous will not be tolerated.

Over the past few years, protests by various indigenous communities across Argentina have increased. In Patagonia, for instance, militants from the Mapuche community have fought to defend and reclaim their land. During the presidency of Mauricio Macri, who will likely lose the election in October, promises have been made to agribusiness and mining firms for the exploitation of lands contested by the Mapuche. Macri’s government has delivered harsh repression against the activists. The deaths of Santiago Maldonado and of Rafael Nahuel are seen as the deadliest illustrations of this crackdown. Both Maldonado and Nahuel died defending Mapuche lands, the former with the Pu Lofen Resistencia community against Luciano Benetton (of the Italian clothing company) and the latter with the Lafken Winkul Mapu community.

Men like Macri (and his Minister of Security Patricia Bullrich) have no time for the Mapuche. They see them as terrorists. “They are violent groups,” Bullrich has said, “who do not accept the constitution, the national symbols.” The language of the Mapuche is derided, their culture discarded. Argentina, under men like Macri, has long had a genocidal attitude toward groups like the Mapuche. The Mapuche leader Lonko Juana Calfunao told Mat Youkee, “we are hostages of states that don’t recognise our Mapuche nationality.”

Milagro Sala has said that Gerardo Morales, the governor of Jujuy and her main adversary, is afraid to face her in an election. Sala is close to Cristina Fernández de Kirchner, the former president and now vice-presidential candidate. Morales, on the other hand, is close to Macri. The persecution of Milagro Sala is more a political matter than a legal one. The allegations and the arguments before courts will continue. But this is not merely a question of the courts. If Cristina—as she is called by all sectors in Argentina—wins the election, the question of Sala’s future will be on the table.

Sala’s lawyer Gómez Alcorta says that for four reasons Sala has not lost. First, she has been moved from pre-trial detention in the prison to her home. Second, she remains alive—not an inconsequential matter when you consider the assassinations of Maldonado and Nahuel. Third, the government went after the Tupac Amaru association and its members, destroying 8,000 houses, three schools, and a health center. This level of repression has not dented the feeling among the community in Jujuy that Sala is their leader. Fourth, the case has not disappeared. Posters and drawings of Sala can be seen across Argentina. Free Milagro (Liberen a Milagro) say the signs.

“The story of Milagro Sala is not finished,” says Gómez Alcorta. When she is released, Milagro Sala will emerge once more as the leader of her region and now—because of the case—as a symbol of the fight against the old order. It would be a tremendous thing if Milagro Sala—an indigenous woman—could ascend from her prison to the heights of Argentina’s political world.