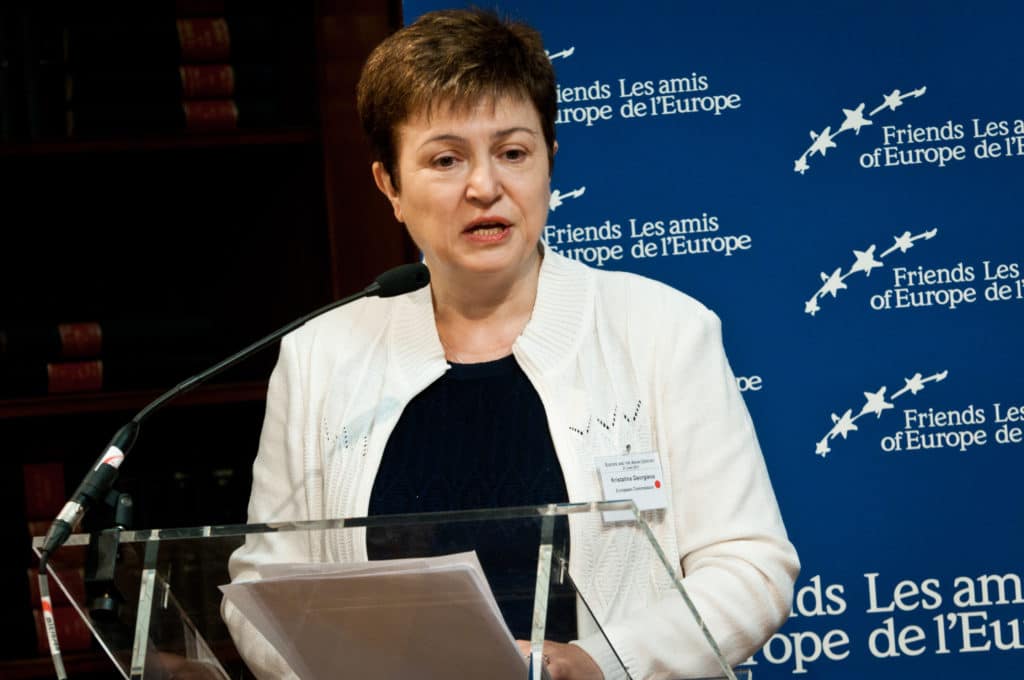 Each year, the board of the International Monetary Fund (IMF) gathers at its headquarters in Washington, D.C. This year, the IMF will meet under the leadership of a new chief, Kristalina Georgieva, who crossed the street from the World Bank to take over this post from Christine Lagarde. Lagarde, as it happens, is getting ready to cross the Atlantic Ocean to take over the European Central Bank. There is a game of musical chairs at the top. A handful of bureaucrats seem to waltz in and out of these jobs.

For the past 40 years, the IMF has had the same agenda: to make sure that developing countries adhere to the rules of globalization set by the advanced capitalist states. Sovereignty of these developing countries has become irrelevant, as their governments have to accede to pressure from the IMF on fiscal and monetary policy as well as their trade and development agenda. Any attempt to break the orthodoxy of the IMF is met with a ferocious array of sanctions, including a nod from the IMF toward international creditors not to lend to the country that they determine is a scofflaw. Funds will only flow to distressed countries if they accept the full policy slate developed for them not by their lawmakers, but by the IMF economists in Washington, D.C.

Over these four decades, fires have burned on the streets of the countries that have gone to the IMF and then forced austerity upon their populations. In the 1980s, these uprisings used to be called “IMF riots.” It was clear to everyone that the IMF’s policies had provoked desperate people to take to the streets. The name given to these riots was precise. The emphasis had to be on the IMF and not on the riots themselves. The most famous of these riots took place in Venezuela—the Caracazo of 1989—which opened up a process that brought Hugo Chavez to power and that created the Bolivarian Revolution. It is reasonable to call the Arab Spring of 2011 an IMF riot because it was provoked by IMF austerity policies combined with rising food prices. The current unrest from Pakistan to Ecuador should be filed under IMF riot.

In response to these riots, the IMF has used new language to describe the same old policies. We hear of “social compacts” and of Structural Adjustment 2.0 and then the bizarre “expansionary austerity.” Discussions of gender and environmentalism within the IMF are all to the good, but these are merely words that adorn an entrenched regime of austerity that defines the IMF Article IV Consultations and the IMF Staff Papers. Beneath the smiles lies the skull—a terrible reliance upon policies that are framed by wage cuts and the shrinking of the public sector, by handcuffs on public spending and liberalization for corporations. Sweeter rhetoric does nothing to make the policy framework less harsh.

Ecuador’s people rose up against President Moreno’s deal with the IMF. He had to go back on the cuts on fuel subsidies. Moreno had no choice. The protests would simply have unseated him if he held the line. But now Moreno must return to the IMF. If democratic norms prevailed, then the IMF would have to honor the “referendum” of the Ecuadorian people. But there is no democracy in the IMF. It marches to the drum of its main funder. Currently, the United States with 16.52 percent of the voting shares has the largest bloc of votes on the board. Following far behind are Japan (6.15 percent), China (6.09 percent), Germany (5.32 percent) and then the UK and France, each with 4.03 percent. By “convention,” the IMF head is a European, but the Europeans do not control the IMF. In 1998, the New York Times let slip that the IMF “acts as the United States Treasury’s lap dog.” The U.S. has an effective veto on IMF policy. When it suits U.S. interests, IMF orthodoxy is suspended (as against Mubarak’s Egypt in 1987 and 1991). When it suits the U.S. to put the screws on a country, that is precisely what the IMF does. Democracy for the people of Ecuador is irrelevant; what is relevant is that they—by hook or by crook—bow before what the IMF, and behind them the United States, says. Moreno withdrew the cuts on subsidies. But it is likely that in the dark he will return these cuts under another name. The IMF will not stand for anything less than that.

The consequences of IMF orthodoxy are often deadly, with the Malawi case as one very painful episode. In 1996, the IMF staff pushed the government of Malawi to privatize its agricultural development and marketing corporation. This body held Malawi’s grain stock, and it regulated the price for the sale of grain in the country. Privatization of the corporation in 1999 left Malawi’s government without a means to protect its population in case of an emergency. Between October 2001 and March 2002, the price of maize shot up by 400 percent. Flooding in 2000-2001 and a year of drought set the food production in the country into distress. People began to die of starvation—as many as 3,000. The IMF did not relent. Malawi had to continue to service its debt. In 2002, it spent $70 million on its debt service payments, which was 20 percent of its national budget (more than Malawi spent on health, education, and agriculture combined). There was no lifeline through to Malawi, whose food crisis continues till today. Malawi’s president at that time—Bakili Muluzi—said, “The IMF is to blame for the biting food crisis.” What happened to Malawi in 2002 is precisely what happened to so many countries that went under the knife of the IMF.

No one within the IMF meeting will raise the question of democracy, both in terms of the IMF’s own functioning and in terms of the IMF’s relationship with sovereign countries around the world. Ecuador’s streets rejected the IMF deal. Argentina’s electorate will do the same in a few weeks. Will there be room to start a conversation now about the divergence between IMF policy and democracy? The main lesson of these uprisings is not only that the people want fuel subsidies or a stable currency; what they want more than anything is democratic control over their own economy.