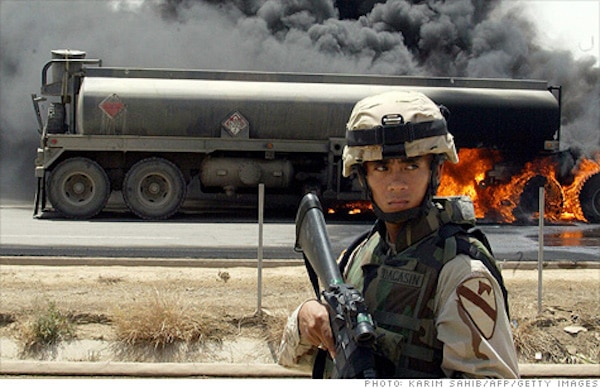 Climate change is occurring, highlighted by dramatically shifting weather patterns and ever more deadly storms, floods, droughts, and wildfires. And the evidence is overwhelming that it is driven by the steady increase in greenhouse gases in our atmosphere, especially carbon dioxide and methane, produced by our fossil fuel-based economic system.

Aware of global warming’s deadly human consequences, millions of people have taken to the streets to demand that governments take action to end our use of fossil fuels as part of a massive system-wide economic transformation that would also be designed to ensure a just transition for all communities and workers.

As movements here in the U.S. take aim at the fossil fuel industry and government leaders that continue to resist efforts to promote more sustainable and egalitarian forms of energy generation and distribution, transportation, agriculture, and housing, the largest generator of greenhouse gas emissions continues to fly above the clouds and largely out of public view. As Neta Crawford, Co-Director of Brown University’s Costs of War Project, states in her recently published study of Pentagon fuel use and climate change, “the Department of Defense is the world’s largest institutional user of petroleum and correspondingly, the single largest producer of greenhouse gases in the world.”

Flying above the clouds

We know that we have an enormous military budget. U.S. military spending is greater than the total military spending of the next seven countries combined: China, Saudi Arabia, India, France, Russia, United Kingdom, and Germany.  The budget of the Department of Defense alone commands more than half of all U.S. federal discretionary spending each year. Add in spending on national security activities and weapons included in other departmental budgets, like that of the Department of Energy, and the military’s budget share approaches two-thirds of all discretionary spending.

This kind of information is readily available. The U.S. military’s contribution to global warming is not. One reason is that because of U.S. government pressure, the governments negotiating the Kyoto Protocol agreed that emissions generated by military activity would not count as national emissions and would not have to be reported. That exemption remained in the agreement even though the U.S. government never signed-on to the Kyoto Protocol. Perhaps as a consequence, the Intergovernmental Panel on Climate Change also does not include national military emissions in its calculations. Although the Paris Accord removed the exemption, the U.S. government is committed to withdrawing from the agreement in 2020.

Uncovering the carbon costs of the U.S. military

Although the U.S. military does not publicly disclose its fuel use, four researchers—Oliver Belcher, Benjamin Neimark, Patrick Bigger, and Cara Kennelly—using  multiple Freedom of Information Act requests to the U.S. Defense Logistics Agency, have recently published an article that provides a good estimate.

The Defense Logistics Agency (DLA) is charged with overseeing the supply chain that supports all military activities, including its warfighting, peacekeeping, and base operations. The Defense Logistics Agency–Energy (DLA-E), a unit within the DLA, has responsibility for managing the military’s energy requirements. In the words of Belcher, Neimark, Bigger, and Kennelly, “the DLA-E is the one-stop shop for fueling purchases and contracts within the U.S. military both domestically and internationally, and acts as the U.S. military’s internal market for all consumables, including fuel.”

In simple terms, the military needs fuel—to fly its jets and bombers on surveillance or attack missions, to deliver troops and weapons to bases and areas of conflict, to power ships on maneuvers, to run the vehicles used by patrols and fighting forces, and to maintain base operations here and around the world. And because it is the DLA-E that secures and distributes the required fuel, the four researchers used “Freedom of Information Act requests to compile a database of DLA-E records for all known land, sea, and aircraft fuel purchases, as well as fuel contracts made with U.S. operators in military posts, camps, stations, and ship bunkers abroad from FY 2013 to 2017.” The resulting calculation of total fuel purchases and use served as the basis for the authors’ estimate of the military’s production of greenhouse gas emissions.

The U.S. military runs on fuel

The fuel dependence of the U.S. military has dramatically grown over time, largely as a consequence of the nature of its continually evolving weapons systems and warfighting strategies. For example, average fuel use, by soldier, grew from one gallon a day during World War II, to nine gallons a day by the end of the Vietnam War, to 22 gallons a day in the wars currently being fought in Afghanistan and Iraq.

One reason for this upward trajectory is that the U.S. military has come to depend ever more on airpower to directly threaten or attack its enemies as well as support its heavily armored ground forces operating in foreign countries. As Crawford explains, the U.S. military consumes so much energy because “its fighting ‘tooth’ employs equipment that guzzles fuel at an incredible rate . . . [and its] logistical ‘tail’ and the installations that support operations are also extremely fuel intensive.”

For example, Crawford reports that the fuel consumption of a B-2 Bomber is 4.28 gallons to the mile. Read that carefully–that is gallons to the mile, not the more common miles to the gallon. The fuel consumption of a F-35A Fighter bomber is 2.37 gallons to the mile, while it is 4.9 miles to the gallon for a KC-135R Refueling Tanker (loaded with transfer fuel). “Even the military’s non-armored vehicles are notoriously inefficient. For instance, the approximately 60,000 HUMVEEs remaining in the U.S. Army fleet get between four to eight miles per gallon of diesel fuel.”

Needless to say, an active military will burn through a lot of fuel. And as Belcher, Neimark, Bigger, and Kennelly point out, the U.S. military has indeed been busy: “Between 2015 and 2017, the U.S. military was active in 76 countries, including seven countries on the receiving end of air/drone strikes, 15 countries with ‘boots on the ground,’ 44 overseas military bases, and 56 countries receiving counter-terrorism training.”

The carbon footprint of the U.S. military

The U.S. military’s ranking would be higher if its other emissions were included, such as from the electricity and food the military consumes, or the land use changes from military operations.  And of course, none of this includes the emissions from the many corporations engaged in producing weapons for the military. In 2017, the U.S. military purchased about 269,230 barrels of oil a day and emitted 25,375.8 kt-CO2e by burning those fuels.

One reason that the U.S. military is such a large greenhouse gas emitter is that most of its fuel is jet fuel procured for use by the Air Force or Navy.  Their planes burn the fuel at extremely high altitudes, which “produces different kinds of chemical reactions, resulting in warming 2–4 times greater than on the ground.”

The military’s response to climate change

The military is well aware of the dangers of climate change—in contrast to many of our leading politicians. One reason is that it threatens its operational readiness. As Crawford explains:

But most importantly, the military sees climate change as a threat to U.S. national security. For years, the military has considered the impact of climate change in its defense planning because, as a recent report from the Office of the Director of National Intelligence puts it, “global environmental and ecological degradation, as well as climate change, are likely to fuel competition for resources, economic distress, and social discontent through 2019 and beyond.” Of course, in planning responses to possible climate-generated threats to U.S. interests, the military remains committed to strengthening its capacity for action, even though doing so adds to the likelihood of greater climate chaos.

In short, people are right to demand that governments take meaningful and immediate steps to stop global warning. And those steps need to include significant reductions in military spending as well as overseas bases and interventions. Since the U.S. military is the single largest producer of greenhouse gases in the world, the fight to reign in militarism in this country is especially important. As an added benefit, the money freed could be put to good use helping to finance the broader system-wide transformation required to create an ecologically responsive economy.