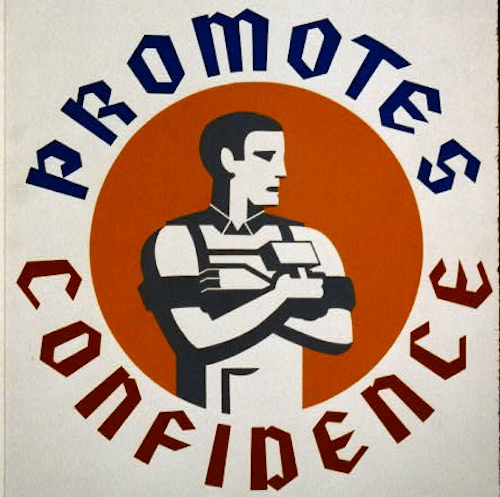 As we wait impatiently while the Brits go through the interminable travail of Brexit, let us have a look at who they are. Not directly in a social, cultural or political sense, but by reviewing the data on UK employment. Work gives a foundation for people’s daily lives and will, in turn, have an impact on society, culture and politics. The employment numbers challenge the conceptions of many, especially those with a narrow ‘industrial’ view of the British working class. They also highlight that a surprising number of people, for various reasons, are not working at all, and that UK residents originally from other European Union countries are more likely to be employed than indigenous Brits.

According to the UK Office for National Statistics, the total UK population was 65.6 million people in 2018, with a couple of percent more women than men. Roughly 86% of these were born in the UK. Poland and India were the countries of origin for the largest number of others, each with 832,000. Pakistan (535k), Romania (392k) and the Irish Republic (369k) were next in line as other countries of origin. Even for Poland and India, their share of the total population was just under 1.3% each. Calculations of people by their claimed nationality give only slightly different data, and the overall picture is not simply that most people in the UK were born in the UK, as one would expect, but also that there has been no great influx of people from any one other country.

Even if the EU were taken as a whole, UK residents born in the 27 other EU countries amounted to only 3.6 million people, just 5.5% of the UK population. That figure was a slightly higher 5.8% in England, the major Brexit-voting country. Although this share is about three times higher than in 2004, a rapid increase, the still low percentage leads one to suspect that the anti-EU sentiment revealed in the dominant English Brexit vote (53.4% for Leave) has been based on something more than simply the scale of the EU immigration numbers.

A number of commentators have argued that it was the rapid influx of EU migrants after the accession to the EU of Poland and other countries in 2004 that led to worries on the part of British people about their domestic culture and ‘way of life’ being undermined by this development.(1) A look at the UK’s employment data will suggest a different perspective.

What about the workers?

In mid-2019, there were about 41.3 million people in the UK aged 16-64, the prime age group for employment. Of these, 31.5 million, or 76%, were employed, 1.3 million were unemployed and 8.6 million were ‘economically inactive’. Employed and unemployed are reasonably straightforward terms–although with changing definitions–but the latter one is worth examining further.

The ‘economically inactive’ category includes those who are students, those who are looking after the family or home, the temporarily sick, the long-term sick, ‘discouraged workers’ and the retired. It also includes some other reasons for inactivity, but basically means those who have not been seeking work in the past four weeks and who are not available for work in the next two weeks. It does not include those registered as unemployed.

At 8.6 million people, the number of the ‘inactives’ is surprisingly high: 21% of the population aged 16 to 64. Nevertheless, the inactivity rate has fallen over the past five decades, largely because of more women working. Over 40% of women were ‘inactive’ in the 1970s, but this has fallen to around 25-26% today. By comparison, the inactivity rate of males aged 16-64 has risen a lot–from around 6% in the 1970s to 16% in 2001, and it was 16.4% in the latest period. This is one way that the capitalist labour market, in its usual perverse manner, has tackled gender inequality. It is also linked to how female earnings can still remain below male earnings doing the same job, despite laws against such discrimination.(2)

The surprise at the high number is reduced when one takes account of 2.2 million students and another 2 million people looking after the family or home included in the total. But that still leaves another two big categories: 1.1 million who have retired before the age of 65, and 2.1 million who are long-term sick. Only 1.9 million of the 8.6 million inactives are recorded as wanting to have a job.

In addition to the inactive numbers, in mid-2019 there were also 333,000 people who had been unemployed for over a year but were still looking for a job. They are counted in the unemployment figures, which totalled 1.3 million, 3.9% of the workforce.

There is a big divergence between the proportion of UK-born people who are economically ‘active’ and those who were born in other EU countries. In mid-2019, 76.3% of the UK-born population aged 16-64 was economically active, a rate which has slowly increased from a recession-hit 71% in 2010. By comparison, for those born in the original group of EU member states, named the EU-14,(3) the activity rate was higher, at 80.2% in 2019.

Recent migrants will tend to be the more economically mobile and more likely to be in the active workforce. They will also include fewer students, fewer people who have retired before the age of 65 and fewer long-term sick. These factors will tend to push the economically active rate of that population group higher. However, at the same time, there are other things, some less amenable to coverage in official statistics, yet clear in numerous anecdotal reports, which also account for the higher employment rate of the newer EU members.

Many of those from the newer EU members included in the British working class have done low-paid jobs that British-born workers were reluctant to do, such as food processing and picking fruit and vegetables in fields. However, they are also in more skilled occupations, and not simply the skilled manual ones that led to the ‘Polish plumber’ term.

Turning back to the British workforce, the following table gives a breakdown of the number of jobs in the UK by sector in June 2019. These sectors are based on standard classifications and are a bit broad. They can also be impacted by changes in the labour market over time. For example, if I recall correctly, it used to be the case that canteen workers in a workplace used to be counted in the total of people in that particular workplace sector. But with the outsourcing of most canteen services to outside companies, they would mostly be included instead under ‘accommodation and food services’. Nevertheless, the breakdown of the types of jobs done in the UK does a lot to question the common ideas people have about the relative importance of different jobs.

For example, while Britain may not be a ‘nation of shopkeepers’, it turns out that the biggest sector of UK employment has five million people in the wholesale and retail trades. The large numbers in health, professional, education and administration will not be a surprise to many, but each of these areas employs more people than the whole of manufacturing industry, which itself is not that far ahead of accommodation and food services. The much-maligned financial and insurance services sector employs over a million people, not all of whom are in the City of London. Another million have jobs in the arts, entertainment and recreation sector, and there are ten times more people employed in estate agencies than in mining and quarrying. A further detail is that more than 150,000 have ‘jobs’ in the armed forces.

Overall, services sector jobs make up nearly 84% of the total number of jobs in the UK. This makes the common refrain from the British left about ‘industry’–let alone ‘manufacturing’, which got a special mention in Jeremy Corbyn’s Brexit policy statement in Parliament on Saturday 19 October–seem more than a little out of touch with the reality of contemporary employment.

Many British workers voted for Brexit in June 2016, and many were enticed by the ‘take back control’ argument of the Leave campaign–a phrase that was a poorly disguised attack on migration from the EU. The data show that although the number of EU migrants into the British workforce rose fairly rapidly after 2004, it remained a relatively small proportion of the total. The data also indicate that an underlying problem for British-born workers was the much higher employability of the more recent EU migrants, whether that was due to their higher levels of skill or to their lower wage rates, or both.

Workers often react to labour market competition in a reactionary way. The irony is that they usually support the capitalist system and the capitalist labour market, but then complain if how these operate does not turn out well for them. The result is that they call upon the state to stop or control immigration. Far from any notion of ‘workers of the world unite’, the sentiment instead has been ‘British jobs for British workers’, something supported by the Labour Party and, implicitly, by sections of the useless left.

A basic minimum demand for anyone with a sense of justice is that all workers should get the same rights and protections, ‘immigrant’ or not. That might be the most justice one can get from a labour market based upon a capitalist system that oppresses workers and destroys society.