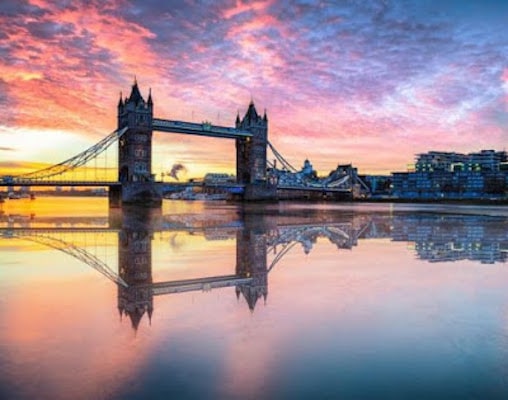 I will not spend much time on this topic because it is so ridiculous. But the notion that the UK can become a ‘Singapore-on-Thames’ seems to underlie some Brexit fantasies. Do these have any foundation?

First, here are some basic facts. The UK’s GDP is roughly 8 times bigger than Singapore’s; its population is more than 10 times bigger. Singapore used to be a British colony, and developed from being a key Asian trading hub for the East India Company. The UK is a declining imperialist power. It once had a go-between role for the U.S. in Europe, and still remains a major backer of imperial oppression around the world, but now has its pretensions at diplomatic expertise seen as very irritating.

It will be difficult, not to say impossible, to further extend the UK’s financial position outside the EU. Any belief that messing up links with the major trading bloc in Europe is a good economic decision–while remaining outside USMCA, RCEP and other trading blocs–would also need to undergo a sanity check.

Some reports have suggested that City of London financial companies contributed a great deal to the Vote Leave campaign in the 2016 UK Brexit referendum. Quite likely some did, though these seem mainly to have been hedge funds and so-called venture capitalists. By contrast, the overwhelming majority of City business, from banks, to life insurance companies, to pension funds and other asset managers, to legal and accounting firms, were clearly pro-Remain.

All City business has benefited from the existing UK tax laws developed over decades. But the hedge funds and so on would have been far less dependent upon EU-related business relationships, or will have dealt more directly with ‘offshore’ centres and Switzerland. That will account for the divided opinion. In the broader corporate arena, with one or two exceptions, businesses were pro-Remain, with only a section of small businesses being pro-Leave. Nevertheless, big companies did little to voice that opinion before the 2016 vote because they did not want to annoy half of their customers.

The end result was that, for reasons explained elsewhere on this blog (see here and here), despite capitalist opinion being greatly against it, the British working class helped enable Brexit, by 52% versus 48% in 2016. A more up-to-date measure of that political outlook can be seen in maps showing the large December 2019 Conservative election majority vote in England.

Where does this leave Singapore-on-Thames?

Singapore has exports that are some 90% bigger than its GDP, whereas UK exports are ‘only’ around 30% of GDP. So, onwards and upwards to Singapore-on-Thames? As you might expect, there are a few problems with this perspective.

Singapore is a small country and an entrepôt centre, with lots of re-exports. This produces a total exports number that is much higher than GDP because it is not based on the value-added measure that goes into a GDP calculation. In theory, the UK could also become an entrepôt centre, but the economic benefits of such a move are very limited.

More than that, any such move implies enforcing a low labour cost economic strategy. Evidently, that implies cutting labour costs. This is at the heart of capitalist economics, and has been explicitly embraced by Conservative pundits.

To use the UK political cliché, the EU would also be very clear in protesting against this kind of policy for being in breach of the ‘level playing field’ of fair competition between the UK and the EU post-Brexit. The EU was once grateful to the UK for proposing policies to cut labour costs, but now that is seen both as destabilising an already shaky EU economic system and as an unwelcome, aggressive trade policy from an ex-member of the club.

One could imagine some benefits of a Singapore-on-Thames–for example, free wifi and a good transport system, like in the real Singapore. But stupidity is its own reward, and the reality is going to be much harsher.