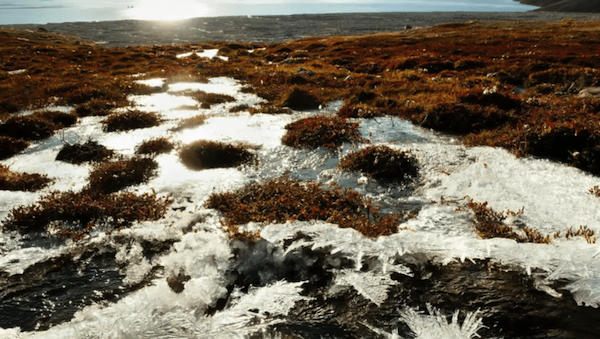 Global climate treaty is not working

Three out of four nations have yet to start to honour the global climate treaty. The world waits, the seas go on rising–and greenhouse gases too.

Three nations in every four that vowed in the global climate treaty, the Paris Agreement, to contain global heating to “well below” 2°C by the century’s end have failed to deliver pledges that will reduce emissions by even 40% by 2030.

In Paris in 2015, a total of 195 nations agreed that action was vital. Since then only 36 countries have taken steps to meet the targets they agreed, according to a new study by the Universal Ecological Fund. And one nation has announced that it will withdraw altogether from the agreement.

“The comprehensive examination found that with few exceptions, the pledges of the rich, middle income and poor countries are insufficient to address climate change,” said Sir Robert Watson, once chair of the Intergovernmental Panel on Climate Change, which was present at the Paris meeting, and co-author of the study. “Simply, the pledges are far too little, too late.

Even if all climate pledges, which are voluntary, are fully implemented, they will cover less than half of what is needed to limit the acceleration of climate change in the next decade.

What happens now will affect the planetary climate and its ocean systems for much longer than that–for at least the next two centuries. Researchers report in the Proceedings of the National Academy of Sciences that they looked at the impact to come even if all nations were to honour all the pledges made in Paris.

They agree that the global emissions of greenhouse gases since Paris and by 2030 would alone be enough to raise global sea levels by 20 cms: half of that from China, the U.S., the EU, India and Russia, the top five emitters. But they add a much more ominous long-term warning

“Our results show that what we do today will have a huge effect in 2300. 20 cms is very significant; it is basically as much sea-level rise as we’ve observed over the entire 20th century. To cause that with only 15 years of emissions is quite staggering”, said Alexander Nauels, of Climate Analytics, who led the study.

The true consequences of our emissions on sea-level rise unfold over centuries, due to the slow pace at which the ocean, polar ice sheets and glaciers respond to global warming. The more carbon we release now the more sea-level rise we are locking in for the future.

And as if to add force to the need for drastic action, a new U.S. and German study has warned that even if nations honour their pledges by 2030, sea levels around the world will go on rising, and stay at higher levels for thousands of years.

As the polar ice retreats, and rising tides batter the shores of the Arctic Ocean, vast volumes of carbon dioxide so far imprisoned in the permafrost of the polar coasts–34% of all the world’s coastlines–could escape to accelerate further warming and of course yet greater sea level rise.

Climate scientists have been wrestling for decades with what they call the carbon budget–the accounting of all the ways in which carbon dioxide gets into the atmosphere and out of it again–and missed another potentially dangerous source of the greenhouse gas.

As glaciers retreat and the frozen coasts and soils thaw, this could begin to seep into the atmosphere. Laboratory experiments suggest it will seep even faster as sea levels rise and waves grow more powerful. For every gram, dry weight, of eroded permafrost, more than 4 grams of carbon dioxide would escape into the atmosphere.

“Carbon budgets and climate simulations have so far missed coastal erosion in their equations even though it might be a substantial source of carbon dioxide,” says George Tanski of Vrije Universiteit Amsterdam, the lead author.

Our research found that the erosion of permafrost coastlines can lead to the rapid release of significant quantities of CO2, which can be expected to increase as coastal erosion accelerates, temperatures increase, sea ice diminishes and stronger storms batter Arctic coasts.

That the Paris Agreement was backed up by pledges that might fail to contain global warning to an ideal target of 1.5°C was clear from the start, and scientists who looked at the promises made at the time warned that unless they were increased, they committed the world to a warming of at least 3°C above the long term average for most of human history.

The latest study from the Universal Ecological Fund now finds that not only are the pledges not enough; some are not being honoured.

China and India pledged to reduce the intensity of their emissions relative to gross domestic product, but since their economies continue to grow, so will their emissions.

Europe’s 28 nations, and seven others, have promised to reduce emissions by 40% by 2040. Of the remaining 152 nations, responsible for more than 36% of all emissions, 127 have submitted conditional plans, but rely upon technical assistance and funding from the wealthy nations to execute these. But the U.S. and Australia have stopped making contributions to such funding.