These questions continue to loom large over the 2020 Democratic primary field: Who is Pete Buttigieg? And what is he doing here?

Seemingly overnight, the once obscure mayor of Indiana’s fourth-largest city was vaulted to national prominence, with his campaign coffers stuffed with big checks from billionaire benefactors.

The publication of a list of 218 endorsements from “foreign policy and national security professionals” by Buttigieg’s campaign deepened the mystery of the mayor’s rise.

Some observers have raised questions about Pete Buttigieg’s intimate relationship with the national security state, after it was revealed that his campaign had paid nearly $600,000 for “security” to a Blackwater-style military contractor.

This is odd, because he’s the Mayor of Indiana’s 4th largest city. Not exactly a big target.

And because they’re military contractors. pic.twitter.com/jbYikLVvZS

Buttigieg has offered precious few details about his policy plans, and foreign policy is no exception. His campaign website dedicates just five sentences to international affairs, none of which offers any substantive details.

Beyond a seven-month deployment to Afghanistan as a Naval Reservist in 2010, the 37 year-old mayor has no first-hand foreign policy experience to speak of.

As The Grayzone’s Max Blumenthal reported, Buttigieg’s enjoys a long relationship with the Truman National Security Project, a foreign policy think tank in Washington, DC that advocates for “muscular liberalism.” He has also taken a short, strange trip to Somaliland with a Harvard buddy, Nathaniel Myers, who ultimately became a senior advisor to USAID’s Office of Transitional Initiatives. Otherwise, Buttigieg’s foreign policy credentials are nil.

Buttigieg’s lack of core principles are what might make him so attractive to military contractors and financial institutions, two of the status quo’s biggest beneficiaries.

Mayor Pete has effectively positioned himself as a Trojan Horse for the establishment, offering “generational change” that doesn’t challenge existing power structures in any concrete way. 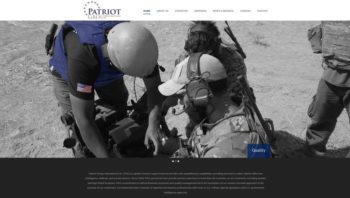 A review of Pete for America’s FEC disclosures found that the campaign had paid $561,416.82 for “security” to a company called Patriot Group International (PGI), from June 4 to September 9, 2019.

Buttigieg’s August 29, 2019 payment of $179,617.04 to PGI represents the single largest security expenditure ever made by a presidential candidate, according to the FEC.

While the exorbitant amount of money raises questions, it is PGI’s status as a Blackwater-style mercenary firm that makes Buttigieg’s contract so remarkable.

PGI bills itself as a “global mission support provider with expeditionary capabilities, providing services to select clients within the intelligence, defense, and private sector.” According to the company’s website, it offers services like counter-terrorism, counter-weapons of mass destruction, and drone surveillance.

PGI is currently under a $26.5 million contract with the Department of Defense to provide “contractor-owned, contractor-operated intelligence, surveillance and reconnaissance aerial detection and monitoring support … inside and outside the U.S.” It is a far cry from securing campaign events held in New Hampshire community centers.

Besides contracting with Buttigieg, PGI’s only other record of political work was with Newt Gingrich’s 2012 presidential campaign. In a 2016 Inc. Magazine profile, PGI founder Greg Craddock said his company stopped doing political work altogether, following a 2012 incident in which a PGI employee on Gingrich’s security detail allegedly assaulted an overzealous Ron Paul supporter.

Why the mercenary firm chose to re-enter politics for the mayor of South Bend, Indiana remains an open question. Whatever the reason, Buttigieg’s willingness to line the pockets of military contractors as a candidate might offer further insight into why so many in the national security state are lining up behind him.

Among Buttigieg’s most notable endorsers is David S. Cohen, the deputy director of the CIA from 2015 to 2017, and a former Treasury official under George W. Bush.

Cohen is regarded as a “chief architect” of the crippling sanctions that the Obama administration imposed on Iran, Russia, and North Korea—earning him the ignominious nickname the “sanctions guru.” 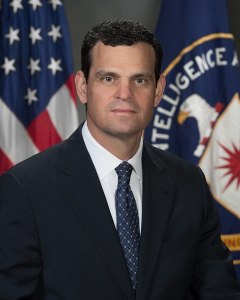 Since leaving government, Cohen has made various think tank appearances to advocate for continued use of sanctions in the aforementioned countries, as well as Venezuela.

The impact of sanctions imposed under Cohen’s watch has been equated to “collective punishment,” resulting in economic crises, food and medicine shortages, and tens of thousands of preventable deaths.

In his tenure at the Treasury Department, Cohen was also instrumental in drafting the Patriot Act, which restricted civil liberties and vastly increased the government’s surveillance powers in response to 9/11.

Cohen has yet to speak publicly as to why he endorsed Buttigieg.

Another Buttigieg endorser, John Bair, is the former chief of staff for the CIA’s Middle East Task Force.

Dennis Bowden, a 26-year CIA veteran, with much of that time spent in unspecified “executive leadership positions,” is also backing Mayor Pete.

The Buttigieg campaign has cited the support of former CIA senior analyst Sue Terry, who made a “record number of contributions to the President’s Daily Brief,” during her tenure from 2001 to 2008.

If you’re thinking, “Wow, that’s a lot of CIA endorsements for a relatively unknown, small-town mayor,” you’re right–and it’s just the tip of the iceberg.

More Buttigieg backers include Ned Price, the career CIA analyst who resigned publicly in a February 2017 protest against “the way [Trump] has treated the intelligence community.” (Price was also a major Clinton donor, but insisted his resignation was non-partisan).

Another CIA Buttigieg endorser is Jeffrey Edmunds, who moonlighted as a National Security Council member under Presidents Obama and Trump.

Buttigieg was also endorsed by Chris Barton, the CIA’s assistant general counsel during the Clinton administration, and Anthony Lake, whom Clinton nominated unsuccessfully to serve as CIA director in 1996.

Regime change hit-men and debt colonists jump on the bandwagon

Yet some of Mayor Pete’s most troubling endorsements come from outside of the military-intelligence apparatus.

Buttigieg, for example, lists Fernando Cutz as an endorser. For the first 16 months of the Trump administration, Cutz was the national security council director for South America, where he led U.S. policy on Venezuela and was credited with outlining regime-change plans for the president.

As Max Blumenthal reported for The Grayzone, Cutz attended a secret meeting at the DC think tank CSIS dedicated to exploring U.S. military intervention in Venezuela.

Revealing comments from @fscutz, one of the key architects of the US coup in Venezuela, declaring that the goal of intervention is to “restore Venezuela’s place as an upper middle class country” https://t.co/jZsNLu5rWB pic.twitter.com/2IX8d1n41P

OTI is the de-facto tip of the spear for USAID’s regime change efforts. In the case of Venezuela, OTI has bankrolled violent, right-wing opposition forces for decades.

There is also plenty of excitement for Buttigieg at the commanding heights of international finance. Matt Kaczmarek, vice president of BlackRock, the world’s largest investment manager, controlling nearly $7 trillion in assets, is listed as an endorser of the South Bend mayor.

Kaczmarek previously served as the NSC’s director of Brazil and Southern Cone affairs in the Obama administration, when the U.S. backed a right-wing parliamentary coup against President Dilma Roussef. 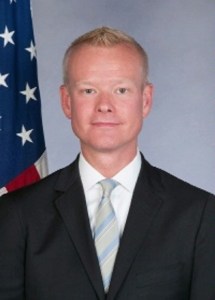 BlackRock has massive holdings in Brazilian agribusiness, and is a major factor in the environmental degradation of the Amazon region. BlackRock’s practices have been so destructive to the region that AmazonWatch named the financial behemoth the “world’s largest investor in deforestation.”

Kaczmarek is a perfect embodiment of the revolving door through which high-ranking government employees enter the private sector and reap the rewards of policies they previously helped implement. In 2013, while Kaczmarek was crafting U.S. economic policy towards Brazil, then-Vice President Joseph Biden was urging the country to open its economy further to foreign capital.

From 2014 to the present, BlackRock has substantially increased its investment in Brazil, according to the AmazonWatch report. Now at the helm of the company, Kaczmarek stands to profit handsomely from the same economic liberalization policies that Brazil was goaded into adopting at his direction.

Buttigieg’s list of endorsers likewise includes Karen Mathiasen, former acting executive U.S. director at the World Bank; as well as Julie T. Katzman, COO of the Inter-American Development Bank (IDB). Both organizations have long histories of using debt to impose the will of U.S. policymakers onto poor countries.

Mathiasen, who previously served as deputy assistant secretary for debt and development policy at the Treasury Department, was intimately involved in the administration of what has been dubbed “debt colonialism.” Under this cynical practice, unsustainable levels of debt are used as a pretext to demand that debtor nations privatize government functions, impose austerity, and allow greater exploitation by global capital.

Obscure presidential candidates don’t typically garner hundreds of elite national security endorsements before a single vote is cast. So what do these spooks and vulture capitalists see in Mayor Pete?

It can’t be Buttigieg’s foreign policy resume, because he doesn’t have one. He hasn’t proposed any notable policies to distinguish himself from the other corporate-friendly candidates, so that can’t be it either. Some have posited that Mayor Pete may be a CIA asset himself, but the supporting evidence is circumstantial at best.

Perhaps the most reasonable conclusion is that they see Buttigieg as an empty vessel. Opportunistic and unmoored by ideology or political goals beyond his advancing his career, Buttigieg is the ideal candidate for those who seek to maintain existing hierarchies. Indeed, his national security endorsement list is filled with people who keep America’s imperial machine humming along smoothly.

What is the thread that connects the CIA, USAID, and the World Bank? All three institution exist to prop up a grossly unequal global order in which a tiny sliver of the population hordes unimaginable wealth, while the mass of people get by on next to nothing.

At a time when that order looks increasingly untenable, with anti-austerity protests breaking out from Chile, to France, to Lebanon, Mayor Pete makes perfect sense.