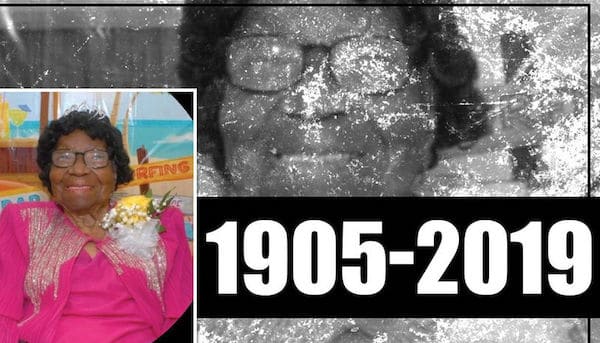 Oldest living American alive when Roosevelt was US President

U.S. life expectancy is on the decline, falling from 2014 to 2017—the first years of decline in life expectancy in over twenty years.  And according to Steven H. Woolf and Heidi Schoomaker, authors of the recently published “Life Expectancy and Mortality Rates in the United States, 1959-2017” in the Journal of the American Medical Association, “A major contributor has been an increase in mortality from specific causes (e.g., drug overdoses, suicides, organ system diseases) among young and middle-aged adults of all racial groups, with an onset as early as the 1990s and with the largest relative increases occurring in the Ohio Valley and New England.”

In 1960, the U.S. had the highest life expectancy of any country in the world. By 2017 U.S. life expectancy significantly trailed that of other comparable countries, as illustrated below. 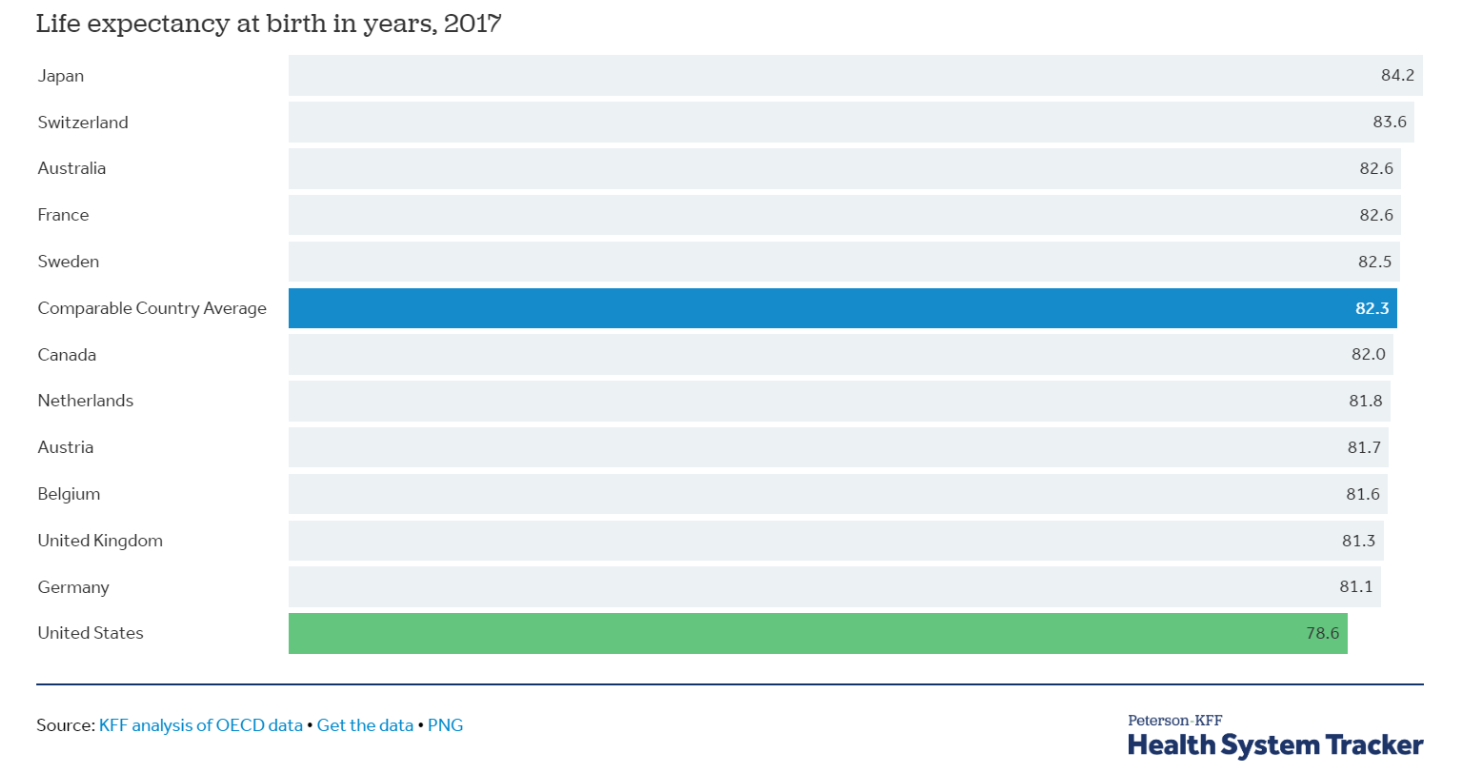 In 1980, the difference between average life expectancy in the U.S. and that of comparable countries was not large–73.7 years versus 74.5 years. However, as we can see in the next figure, the gap steadily grew over the following years. The U.S. gained 4.9 years in average life expectancy from 1980 to 2017; comparable countries gained 7.8 years on average. 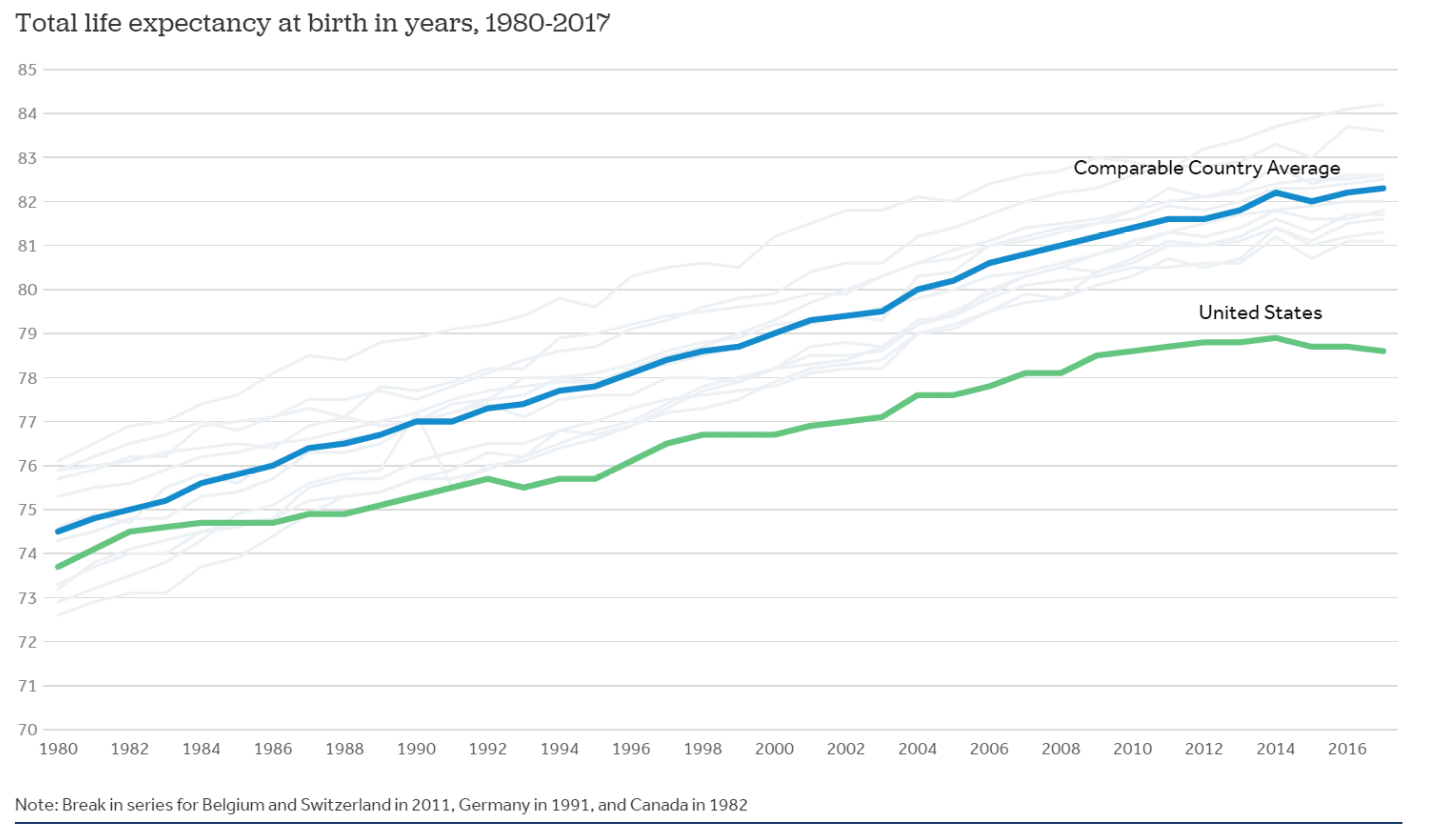 Moreover, this growing gap and outright decline in average life expectancy holds for both U.S. males and females, as we see from the following figure. 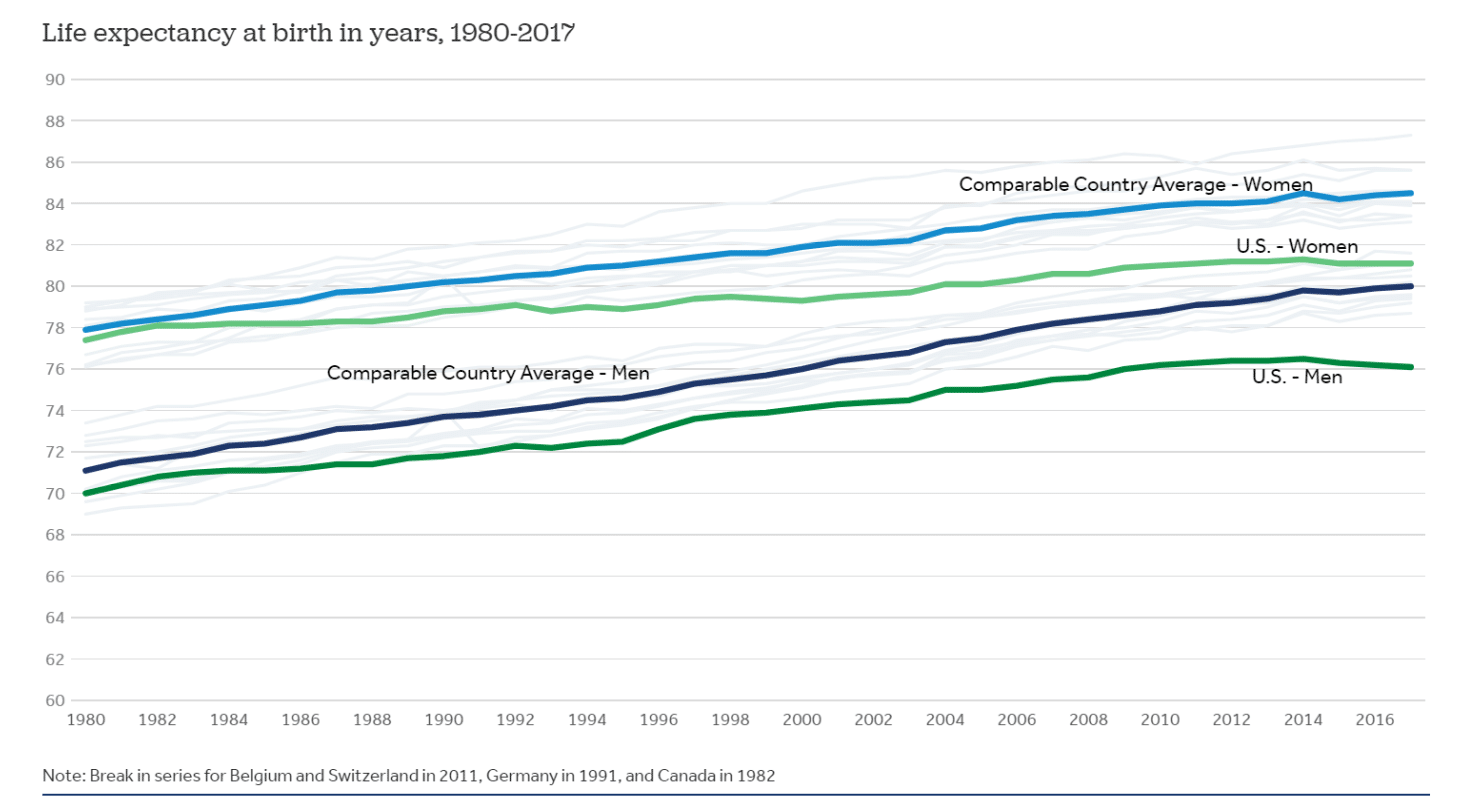 Woolf and Schoomaker drew upon 50 years’ worth of data from the U.S. Mortality Database and the U.S. Centers for Disease Control and Prevention’s WONDER database in an attempt to explain why U.S. life expectancy has not kept pace with that of other wealthy countries and is now falling. Their primary finding, as noted above, is that U.S. life expectancy is being dragged down by “an increase in mortality from specific causes (eg, drug overdoses, suicides, organ system diseases) among young and middle-aged adults of all racial groups.”

More specifically, while over the period 1999-2017, infant mortality, mortality rates among children and early adolescents (1-14 years of age), and age-adjusted mortality rates among adults 65-84 all declined, individuals aged 25-64 “experienced retrogression” beginning in 2010, as we can see in the following figures taken from their article. Between 2010 and 2017, these midlife adults experienced a 6 percent total increase in mortality rate. This increase overwhelmed gains experienced by the other age cohorts, dragging down overall U.S. average life expectancy. 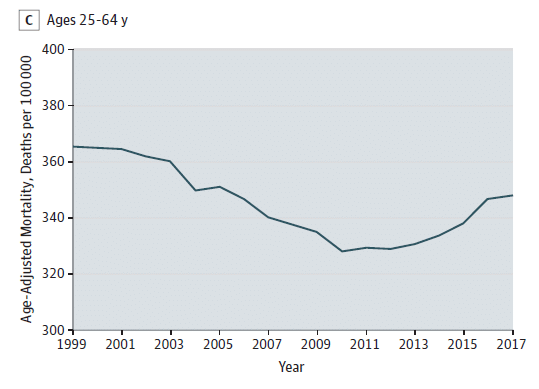 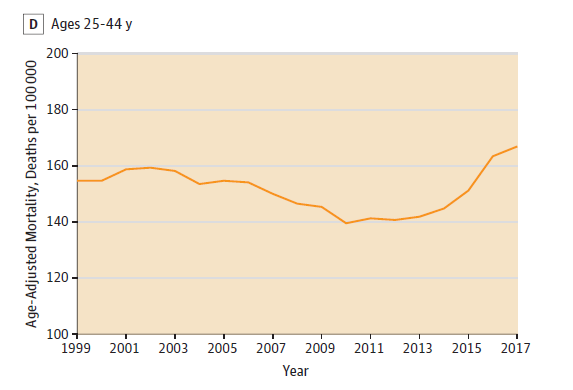 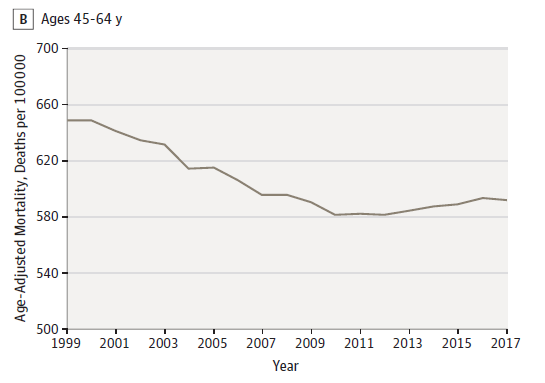 Woolf and Schoomaker concluded that there were multiple causes for this rise in mortality rates among individuals 25-64.  However, they highlighted drug overdose, alcohol abuse and suicide as among the most important. This age cohort experienced a nearly four-fold increase in fatal drug overdoses between 1999 and 2017. Their suicide rates went up nearly 40 percent over the same period. The rate of alcohol-related disease deaths soared by almost 160 percent for those 25-34 years.

In an interview with BusinessInsider, Woolf wrestled with why the country is experiencing such a dramatic rise in mortality rates among young and middle aged adults. “It’s a quandary of why this is happening when we spend so much on healthcare,” Woolf said, adding:

But my betting money is on the economy.

That seems like a pretty safe answer. It also raises the question: how do we help working people understand the increasingly toxic nature of the workings of the U.S. economy and build the ties of solidarity necessary to advance the struggle for system transformation.