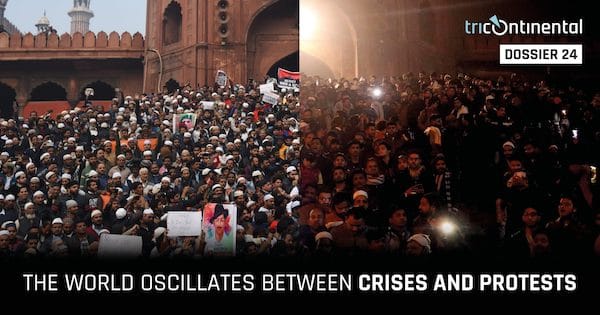 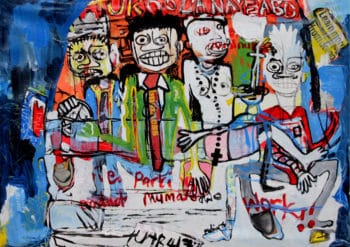 In October of last year, the International Monetary Fund (IMF) released its flagship World Economic Outlook. In that report, the IMF said that the global growth rate would stumble at 3% in 2019. A month ago, the IMF’s main economists returned to this theme; ‘Global growth’, they wrote, ‘recorded its weakest pace since the global financial crisis a decade ago’. The analysis of why there was such a low growth rate rested on the trade war between the United States and China and on ‘associated weaknesses’. (The IMF promises a fuller discussion about the crisis in its World Economic Outlook Update, which it will release on 20 January).

Strikingly, the IMF economists note that as a result of global turbulence, ‘firms turned cautious on long-range spending and global purchases of machinery and equipment declined’. What this means is that firms are not investing in their expansion or in new technologies. Instead, firms are beginning to rely more and more on outsourced production, precarious employment, and a permanent regime of low-wage work. In other words, firms are cannibalising society–putting immense pressure on fragile networks of family and community, deepening the conservative impulses in society, and decreasing society’s health and well-being.

To prevent a major collapse, central banks around the world have lowered interest rates permanently and have provided cheap money to the business world. These firms–which have not invested in the productive sector–are borrowing trillions of dollars which they then put into the world of what Karl Marx called ‘fictitious capital’. The value of global stock markets is now nearly $90 trillion (according to Deutsche Bank), putting it ahead of global GDP (if you add in the total value of global financial stock–including bank deposits, government and private debt securities, and equities–the figure in 2004 was $118 trillion; it was over $200 trillion in 2010–over 200% of global GDP). This expansion of fictitious capital has come more and more within borders, and not through global cross-border capital flows. These flows–which include foreign direct investment–has shrunk by 65% since 2007, from $12.4 trillion to $4.3 trillion.

For almost five decades, these two processes have confronted human society: a slowdown in productive investment from capitalist firms and an increase in the volume and importance of financial capital. Profit rates have declined overall, and debt rates have increased. No real attempt has been made to solve this problem, largely because there is no easy solution from within the confines of the capitalist system. Three main avenues opened up to lessen the severity of the crisis on the capitalist system, but not to solve the cascading crisis:

1) The policy slate of neoliberalism not only freed the capitalist class from the chains of taxation; it also deregulated finance and foreign direct investment, privatised state services, and commodified social wealth. The entire drive of neoliberalism weakened the capacity of States to formulate national economic policies; since formulating economy policy did not strengthen a democratic order, States delivered the advantage to multinational firms (including international banks).

2) The collapse of the Third World Project and the weakening of the socialist bloc delivered hundreds of millions of workers into the global working class and thereby allowed firms to bid down wages through subcontracting at the same time as State regulations collapsed through ‘labour market reforms’ pushed by the IMF.

3) A massive expansion of debt through lowered interest rates and easy access to credit. The Institute of International Finance shows that global debt is now at $250 trillion and counting; it is now 230% of the global GDP. Government debt accounts for nearly $70 trillion; half of the global debt is in the hands of the non-financial private sector. A new report from the World Bank called Global Waves of Debt shows that debt in emerging and developing countries alone continues to break its own records, rising to over $55 trillion in 2018, ‘marking an eight-year surge that has been the largest, fastest, and most broad-based in nearly five decades’. This debt in the emerging and developing countries is now 170% of the global GDP. But it is this debt that has fuelled what growth can be measured, and it is this mountain of debt that perches perilously over the fate of the world. 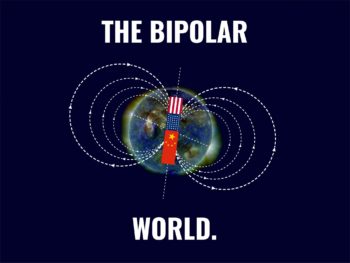 We, at Tricontinental: Institute for Social Research, have been closely following these developments and offering our analysis of what appears to be a long-term structural crisis for capitalism. In our dossier no. 24 (January 2020), we offer a thumbnail assessment of this long-term crisis and of the continued policy of austerity, then we pivot to an analysis of the emergence of the rivalry between the United States and China. We are of the view that the ‘trade war’ between the United States and China is not an irrational phenomenon, but that it is precisely the outgrowth of both the long-term economic crisis and of the policies of austerity. This assessment allows us to provide a brief analysis of the approach towards these matters that is being developed by the Institute for International Relations at Tsinghua University (Beijing).

The key finding of the Tsinghua approach is that we are entering a ‘bipolar world order’ in which there will–eventually–be two major powers in the world, the United States and China. Either these two powers will come to some understanding over the international organisations–such as the IMF and the World Bank–or more regional organisations will appear with different standards and a more heterogenous understanding of trade and development. Whether these fissiparous tendencies will make an impact on the world financial system is not part of any of these discussions, which seems to indicate that it will remain intact. For countries in the Global South, the implication of continuities of financial power means that no major change at a global level will be possible in this bipolar dispensation. What alternatives there will be for austerity regimes are unclear. 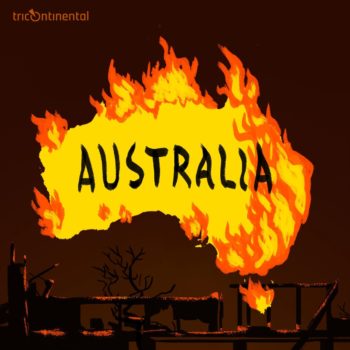 The slow attrition of U.S. power and the emergence of the bipolar order can be glimpsed in the ongoing crises in West Asia. The U.S. assassination of an Iranian general–who was carrying a diplomatic passport and was on a diplomatic mission in Iraq–and the widening of the gates of hell as missiles fly across the Iran and Iraq border; growing pressure from China and Russia with regard to this crucial part of Eurasia and the attempt by the U.S. to encircle Eurasia–all of this suggest just these shifts. Anti-austerity protests intersect with protests against social toxicity. A general strike in India on 8 January combined the demands of the working class and the peasantry with a social compact that does not disadvantage minorities. Much the same kind of dynamic is visible in Latin America, where popular fronts have emerged against regimes of authoritarian austerity. Beneath the storm and stress of the shifts in the balance of power lie myriad struggles; this is why our dossier is called The World Oscillates Between Crises and Protests.

The general attitude in these protests is that what passes for reality is not worth respecting; the establishment leaders and their callousness is to be disregarded. U.S. President Donald Trump threatens to destroy Iran’s cultural sites, a threat that is in the nature of a war crime; Australian Prime Minister Scott Morrison watches his country burn and reacts with muffled unscientific and crude noises; Indian Prime Minister Narendra Modi says nothing when the police and hooligans of his political orientation enter its universities and beat and arrest students. Social media explodes with anger against these men and their inhumanity. Young faces have their chins up, their fists in the air; they are not afraid.
It is true that these are protests of the youth, but it would be inaccurate to believe that youth can be reduced to age. There are many young people who have surrendered to reality, who cannot see beyond the horizon of the present; there are many older people who are youthful in their desire for full-scale transformation. The point is not age but attitude, the sensibility that the world we have need not be the world for eternity. ‘Bliss was it in that dawn to be alive’, Wordsworth wrote of the time of the French Revolution. ‘But to be young was very heaven’. To be young means to imagine ‘heaven’, another dispensation–the place, Wordsworth sang, ‘where in the end we find happiness, or not at all!’. 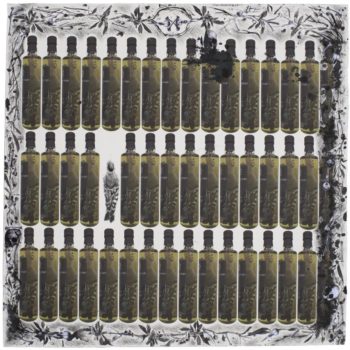 It is with great pleasure that we–at Tricontinental: Institute for Social Research–welcome Professor Aijaz Ahmad to our team as a Senior Fellow. Professor Ahmad, a leading Marxist philosopher and cultural theorist, is the author of the classic book In Theory: Classes, Nations, Literature (1992) and of Iraq, Afghanistan, and the Imperialism of Our Time (2004).