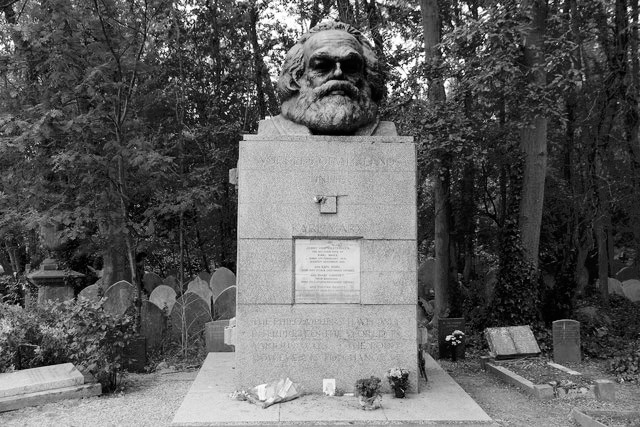 If you get nauseated by the perverse state of contemporary world politics and the slavish way in which mainstream media help to sustain the spectacle that is Donald Trump, Boris Johnson, Rodrigo Duterte or their local variants, here is the perfect antidote: read Marx’s journalistic articles for the New York Daily Tribune. 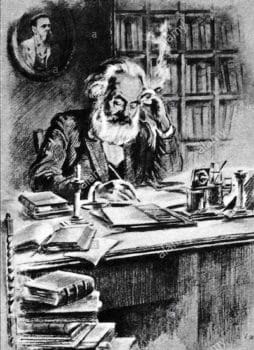 Marx contributed to the Tribune as European correspondent between 1852 and 1862. This was certainly not the highpoint of his life, personally or politically. Exiled to London by the defeat of the 1848 revolutions, the Marx family had to survive as refugees in a hostile city, harangued by dire poverty. During the 1850s, Karl and his wife Jenny endured the loss of four children (Edgar, Guido, Jenny, and one before being named). Apart from financial contributions from Engels, writing for the Tribune was Marx’s only steady source of income. It is thus not surprising that his contributions for the U.S. newspaper have often been treated as little more than bread writing, performed purely out of economic necessity and containing little that is of interest for understanding his thought.

Luckily, recent biographers of Marx have given more positive attention to his journalism. In the decade that he wrote for the Tribune, an estimated 487 articles sent by Marx were published in the paper (some were published anonymously, making it impossible to settle on a definitive number). Of these, 350 were written by Marx, 125 by Engels, and 12 were written jointly. Together, these articles fill most of the pages in the volumes of his Collected Works dedicated to the period between the demise of the wave of radicalism of 1848 and the founding of the First International. They contain running commentary on world events, mostly concerning international and domestic politics but also reporting on economic trends and strike movements. Recent reinterpretations of Marx’s thought have stressed the meaning of this enormous body of writing as a source for the development of his thinking on such diverse issues as monetary policy, the causes of the U.S. Civil War, and British working-class politics. Unlike many other writings by Marx in this period that at the time reached at most a couple of hundred friends, admirers and émigré adversaries, his journalism spoke to a mass audience. Reaching a circulation of 200,000 in the 1850s, the Tribune for which Marx wrote was the largest newspaper in the world of its day, and Marx according to the editors was its most respected and best paid European correspondent.

It is unavoidable, this being Marx, that his journalism has given rise to large controversies, and some serious misreading. The most famous controversy revolves around Edward Saïd’s use of the 1853 article ‘The British Rule in India’ as proof of a deep and consistent orientalism in Marx. Indian Marxist Aijaz Ahmad has countered that Saïd’s citations from this 1853 article were one-sided and selective, while Kevin Anderson more recently has argued that, while elements of Orientalism can be detected in Marx’s attitude in 1853, these disappeared in the articles on India from 1857 under the influence of the Sepoy Uprising. Much more can be said about this debate. In this letter, however, I want to bypass the important debate on these sometimes latent, sometimes openly expressed negative attitudes toward non-European peoples, and concentrate on a group for which Marx’s utter contempt was explicit, unsubtle and uncontestable: British politicians.

Marx, of course, was a staunch defender of the extension of democracy, even within the framework of capitalist society. In one of his first contributions for the Tribune, he had gone so far as suggesting that because of the size and maturity of the proletariat on the British Isles, general suffrage might give sufficient power to the working classes to move directly to socialism, without a bloody revolution. But this trust in democracy did not translate into any love for parliament itself, its traditions, or its members. Unlike most contemporary and later observers who swooned for the great democratic traditions of British constitutionalism, Marx saw the scuffles between “bourgeois landowners” and “aristocratic bourgeois” represented by Whigs, Tories and the liberals of the Manchester School for what they were: the paragon of class privilege. That he held this view on the House of Lords, that festering sore of aristocratic compromise, goes without saying. On 23 August 1853, Marx reported:

As to the House of Lords, its doings admit of a very short résumé. It has exhibited its bigotry by the rejection of the Jewish Emancipation bill, its hostility to the working classes by burking the Workingmen’s Combination Bill, its interested hatred of the Irish people by shelving the Irish Land bills, and its stupid predilection for Indian abuses by re-establishing the Salt monopoly. It has acted throughout in secret understanding with the Government that whatever progressive measures might by chance pass the Commons, should be canceled by the enlightened Lords.[1]

Marx was hardly more complimentary for the House of Commons, with its “rotten foundations”, empty speechifying, and toothless moral outrages. He lambasted the impotence of Parliament in the face of the ineffective foreign policy of Aberdeen’s coalition government which, according to Marx, was secretly in cahoots with the Russian Tsar. He equally detested Parliament’s complicity in the anti-working-class policies followed by this government at home. With great irony, Marx consistently employed the phrase “Ministry of All the Talents”–a general term for governments that included members of more than one party–to describe a government that he saw as void of any special talents.

Rather than citing an endless list of small examples, I want to give a long abstract from one article. The year 1853 saw a rapid increase in strikes, that Marx frequently reported on for the Tribune. These strikes, more than anything else except perhaps the attitude of British politicians towards the Russian Tsar, for Marx functioned to illustrate the hypocrisy running through bourgeois politics of his day. In these reports, extraordinary contempt was always reserved for the claim of the ruling and middle classes and their representatives in Parliament to defend high morals against the amoral behavior of the poor. Living among the urban poor himself, Marx himself could be full of middle-class disdain against the “lumpen proletariat”. But, as is the case with all such examples of prejudice in Marx, he lost this attitude as soon as there was sign of a social confrontation that pitted the group that he had previously derided against the powers that be. And so, in an article published in the Tribune on 29 July 1853, we find Marx at his best when defending a rather surprising group against the moralising repression of the British government and its allies in parliament, the press, and polite society: cab drivers, who manned the many hundreds of horse-pulled cabs or hansoms that swarmed the streets of London, as their motorised equivalents do in cities all over the world today. Just as taxi drivers today, cabbies in nineteenth century London had a reputation for scamming their passengers, and with great moral aplomb the “Ministry of All the Talents” decided to put a stop to this practice by introducing a maximum charge. The cabbies went on strike, and Marx came out behind them full force.

So let us give the floor to the old man himself.

London looked as if London had gone out-of-town. There were and there continued to be empty places where we were wont to see something. And as the eye was amazed at the emptiness of the places, so the ear was amazed at their tomb-like tranquility. What was it that had happened to London? A cab-revolution; cabmen and cabs have disappeared, as though by miracle, from the streets, from their stands, from the railway stations. The cab-proprietors and the drivers are in rebellion against the new Cab act, that great and almost “unique” act of the Ministry of all the talents. They have struck.

It has often been observed that the British public is seized with periodical fits of morality, and that, once every six or seven years, its virtue becomes outrageous, and must make a stand against vice. The object of this moral and patriotic fit happened for the present to be poor cabby. His extortions from unprotected females and fat city men were to be put down, and his fare to be reduced from 1s. to 6d. per mile. The sixpenny morality grew epidemic. The ministry, by the organ of Mr. Fitzroy [the Under-Secretary of the Home Department–PB], brought in a draconic law against Cabby, prescribing the terms of the contracts he had to fulfil with the public, and subjecting at the same time his fares and his “Hansoms,” his horses and his morals to Parliamentary legislation. Cabby, it appears, was to be forcibly transformed into the type of British respectability. The present generation could not do without improvising at least one virtuous and disinterested class of citizens, and Cabby was selected to form it. …

Day after day was Cabby moralized, sentenced, imprisoned. At last he made sure that he was unable to pay his proprietor the old rent with the new tariff, and proprietor and driver seceded to their Mons Sacer [Holy Mountain–PB], to the National Hall, in Holborn, where they came to the terrible resolution which for three days has produced the cab-desolation of London. Two things they have already effected: firstly, that the Ministry through the organ of Mr. Fitzroy, have amended their own act so much as nearly to annihilate it; and secondly, that the Eastern question, the Danish coup d’état, the bad harvest, and the approaching cholera have all disappeared before that one great struggle of public virtue, which persists in paying only 6d. per mile, and the private interest which persists in asking 12 pence.

Within a certain conventional limit , the laborers shall be allowed to imagine themselves to be free agents of production, and that their contract with their masters are settled by mutual convention; but that limit passed, labor is to be openly enforced upon them on conditions prescribed by Parliament, that permanent Combination Committee of the ruling classes against the people.[2]

First published on www.indoprogress.com on 26 September 2019