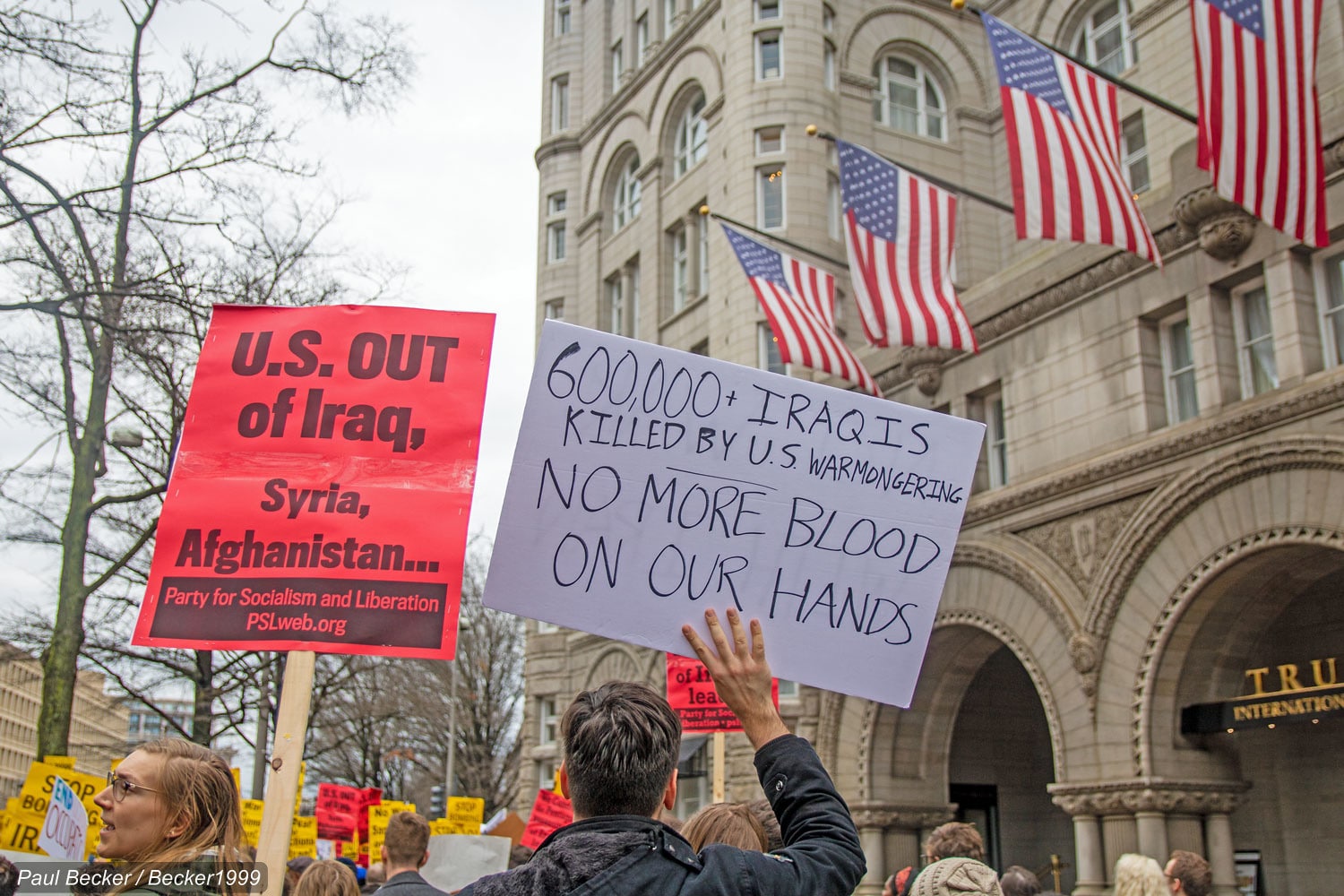 In happier times, Washington and Tehran might well have zeroed in on Mohammed Tawfiq Allawi as their consensus candidate for the post of Iraq’s prime minister.

Why not? He was opposed to Saddam Hussein’s dictatorship—although, unlike most Shia politicians who fled from Saddam’s tyranny, he never lived in Iran but chose the United Kingdom.

However, unlike his famous (notorious) cousin Iyad Allawi who also lived in exile in the UK and whom the U.S. handpicked to head the first government during its occupation (2004-2005), Mohammed Allawi didn’t work for the Western intelligence.

Even detractors dare not say that he ever was on Tehran’s payroll. In fact, he wasn’t—unlike another famous relative of his, Ahmed Chalabi, who is an Iraqi politician.

Although part of the Iraqi Shia aristocracy, he was sensible enough as an aspiring Iraqi politician to have a good rapport with Iran.

Mohammed Allawi is said to be deeply religious and yet is secular-minded. He twice resigned from former Prime Minister Nouri al-Maliki’s cabinet protesting against the latter’s “sectarian agenda and political interference.”

There is no conceivable reason why the U.S. cannot be happy that Iran has failed at this crucial juncture in regional politics to insert a ‘yes man’ as the head of the new government in Baghdad.

But prioritizing Iraq’s stability more than anything else, Tehran welcomed Mohammed Allawi’s appointment. On the contrary, even after President Barham Salih gave him the appointment letter on February 1, Washington is still holding back.

American think-tankers wired into the U.S. establishment have run down Mohammed Allawi as a mere frontman of Shiite cleric Moqtada al-Sadr’s Sairoon Alliance and its rival, the Fatah Alliance led by Hadi al-Amiri. They anticipate that he is doomed to fail.

The heart of the matter is that there is much angst in the American mind that Mohammed Allawi, once confirmed as prime minister by the Iraqi parliament, may not only restructure U.S.-Iraqi relations, but eventually take the wind out of the sails of the so-called protests that Washington and its regional allies have inserted since October 2019, into the Iraqi body polity as an extra-constitutional center.

Thus, the protest movement in Iraq, which is now entering its fourth month, has come to be the principal instrument for Washington (and its Saudi and Emirati allies) to surreptitiously advance the broader geopolitical confrontation with Iran that is being played out within the country.

The Iraqi protest movement bears striking similarity with Hong Kong’s, which too had brought the local government down on its knees. In Iraq too, it is a remarkably young movement made up almost entirely of adolescents or youth below the age of 25 and has also seen significant female participation.

The movement in Hong Kong has an inchoate program that keeps mutating—ranging from electoral reforms to eradication of corruption—amidst the artistic graffiti, rap videos, and citizen journalism as modes of political activism and civic engagement.

The Iraqi protest movement too has no unified leadership and yet through its abstract calls for the removal of the current political elite it has worked to insert itself as a factor in the decision-making over the prime minister’s nomination. Some hidden forces are evidently pulling the strings from behind, as seen in Hong Kong.

The outgoing Iraqi prime minister Adel Abdul-Mahdi bitterly complained in the Iraqi parliament on January 5 that in two telephone conversations, U.S. President Donald Trump had threatened him with precisely such protests to overthrow him if he didn’t comply with U.S. demands.

POTUS allegedly threatened to position U.S. Marine snipers “atop the highest buildings” to target and kill protesters and security forces alike in an attempt to pressure the prime minister.

Therefore, it is hugely significant that the Iraqi protesters have rejected Mohammed Allawi’s appointment. Iraq is now at a political impasse. In essence, Washington will do everything in its power to prevent the new government from settling in.

In Hong Kong, the turmoil began subsiding once the U.S.-China trade deal was signed. In Iraq, everything depends on the re-negotiation of the terms of engagement with the U.S. The amorphous nature of the protest movement means that it may meet with sudden death as well.

The Trump administration hopes to salvage relations with Baghdad and smother the Iraqi demand for American troop withdrawal. The top U.S. commander in the Middle East General Frank McKenzie visited Baghdad on Tuesday to get the ball rolling.

In a longer perspective, the U.S. hopes that the Sadrists (a movement led by Moqtada al-Sadr) could be exploited as a powerful driver of placing the Iran-backed Popular Mobilization Force (PMF) structure under real controls of the government.

But there’s a caveat. As senior fellow at the Washington Institute Michael Knights puts it, “Moqtada also believes he has a role to play as a ‘guide’ focused on ‘social justice’… While unlikely to be a ruler in the mold of Iran’s Supreme Leader Ayatollah Ali Khamenei, Moqtada is also unlikely to be a ‘quietist’ cleric in the style of Sistani. Something in-between is more likely, raising parallels with Hezbollah’s Hassan Nasrallah. This is not a comparison that should reassure [Washington].”

In fact, on February 4, al-Sadr supporters took control of the iconic Tahir Square building in Baghdad and evicted the protesters ensconced there.

The bottom line is that although the level of emotion in the Sadrist discourse about American forces in Iraq is no more acute than it used to be a decade ago; it still remains a deeply held conviction of the movement, from Moqtada himself to the militant cadres, that the presence of foreign military forces should not become a proforma reality of Iraqi life. 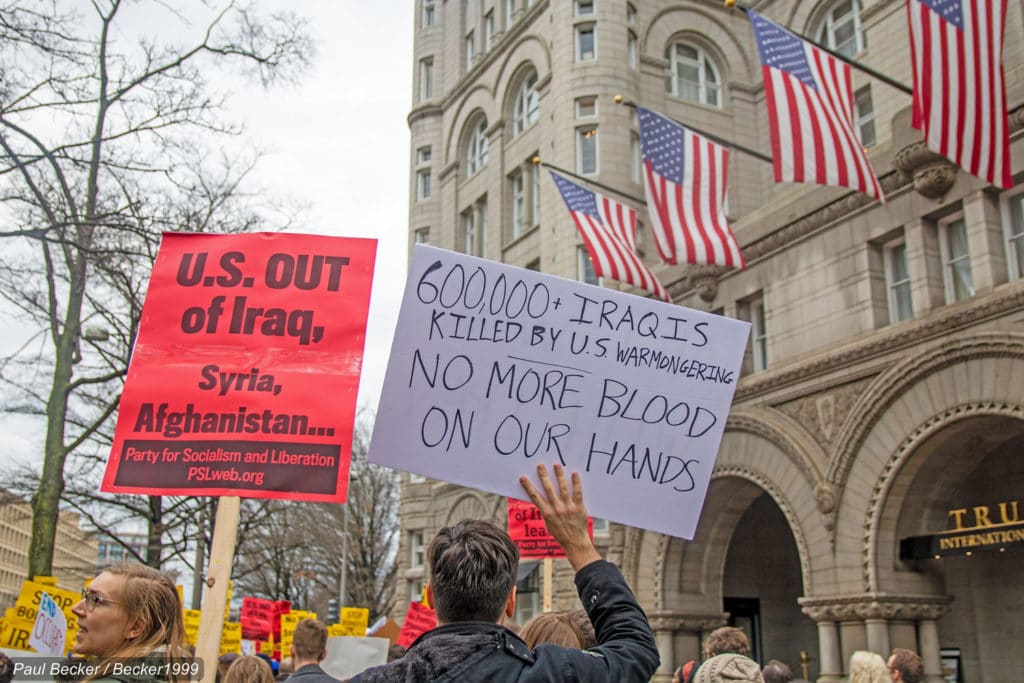