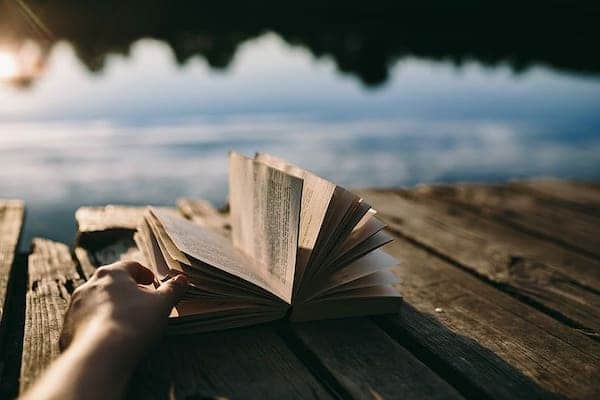 On February 16, 2015, Govind and Uma Pansare went for a morning walk near their home in Pune (Maharashtra, India). Two men on a motorcycle stopped near them and asked for directions, but the Pansares could not help them; one of the men laughed, removed a gun, and shot the two. Uma Pansare was hit but survived the attack. Govind Pansare, age 82, died in a hospital on February 20, 2015.

Raised in poverty, Govind Pansare was fortunate to go to school, where he encountered Marxist ideas. At the age of 19, in 1952, Pansare joined the Communist Party of India. While in college in the town of Kolhapur, Pansare would often be found at the Republic Book Stall, where he devoured Marxist classics and Soviet novels that came to India from the People’s Publishing House. When he became a lawyer, Pansare worked with trade unions and slum dweller organizations. He read avidly, researching the history of Maharashtra in order to better understand how to get rid of wretched customs, such as the caste system and religious fundamentalism.

Out of this world of books emerged Pansare’s commitment to culture and to intellectual liberation. Along with his comrades, he set up the Shramik Pratishthan (Workers’ Trust), which not only published books but also held seminars and lectures; one of the most popular programs by the Trust was the annual literary festival in honor of the Marathi revolutionary writer Annabhau Sathe. Rooted in class struggle, Pansare drew not only from Marxism but also the thought of Jyotirao Phule, Vitthal Ramji Shinde, and Dr. B. R. Ambedkar—Maharashtrian radicals of different forms whose understanding of the peasant struggles deepened Pansare’s ability to develop a theory and a practice for liberation.

In 1987, Pansare wrote a book called Shivaji Kon Hota? or—in the LeftWord Books English edition—Who Was Shivaji?. He freed Shivaji, a 17th-century warrior, from the manipulations of the far-right in India, who had wrongly portrayed him in their books as a Hindu warrior who battled Muslims. In fact, Shivaji was reported to have been benevolent to Muslims, which is why Pansare rescued him from their clutches.

Pansare’s death on February 20, 2015, hit us all very hard. He was a warm man, devoted to making the world a better place. Knowing Pansare, I think he would have been aware that he died the day before a significant anniversary. On February 21, 1848, Marx and Engels published their first edition of The Communist Manifesto. The book, now available in almost all languages, is one of the most read books in our time. In 2013, the UN’s Educational, Scientific and Cultural Organization (UNESCO) adopted this book, and Marx’s Capital volume 1, in its Memory of the World Program. This initiative is intended to preserve humanity’s heritage against the “ravages of time” and “collective amnesia.”

Govind Pansare’s assassination is one among many of left-wing writers, and of course left-wing activists. For example, in Colombia, over the past month, one left-wing activist was killed each day. Bookstores have been attacked; publishers have been threatened. No country is immune. We have seen this in the United States and in the United Kingdom, and then in India and Brazil. There is not only a growth of far-right thuggery, which conducts this violence, but also of obscurantist and irrational thinking. The rise of neo-fascistic politicians and parties gives respectability to the scum who take up the gun and the rod to attack and kill people like Pansare.

That is the reason why we—at LeftWord Books in India—came up with the idea for Red Books Day. Govind Pansare is our author. His death is gut-wrenching for us. We have seen the neo-fascists threaten writers, publishers, and booksellers. We want to walk out into the streets and say, enough!

Talking to our friends in the publishing world, we realized that we are not alone with our frustration and our eagerness to stand firm. Since the anniversary of the Manifesto is on February 21, we decided to ask people to go out into public places on that day and read the Manifesto in their own languages. That is the essence of Red Books Day: to hold an event where the text will be read. Rapidly we heard from friends as distant as East Asia and South America that they would like to hold events during that day, not just in 2020 but also in the years to come. Our friends at the publishing house Bharathi Puthakalayam in Tamil Nadu, India, have organized events where 10,000 people will read M. Sivalingam’s new translation of the Manifesto into Tamil; our friends in Andhra Pradesh and Telangana—publisher Prajasakti and publisher Nava Telangana—will release a new translation into Telugu by A. Gandhi. There will be readings of the Gaelic translation of the text at Connolly Books, a bookshop in Dublin, Ireland; there will be readings in Moscow, Russia, and in Meghalaya, India; in Lahore, Pakistan, and in Lithuania. In Johannesburg, South Africa, at The Commune, the Manifesto will be read in both Zulu and Sotho.

Justice for Pansare is elusive. It is just as elusive as justice for the Honduran radical Berta Cáceres, for the South African communist Chris Hani, for the Tunisian communist Chokri Belaïd, for the Brazilian socialist Marielle Franco… the list is too long and too painful. These were all sensitive people who took the dangerous step to say they wanted to fight for something other than the present world. On February 21, when I pull my copy of the Manifesto off the shelf, I’ll be thinking of all these people, and many others—Hassan Nasir, Safdar Hashmi, Mahdi Amel, Víctor Jara, Ruth First, and countless others. But I won’t just be thinking about them. I’ll also think of the world we have to build.

I imagine a world without hunger and illiteracy, a world where medical care and elder care are routinely available, a world where leisure is important and collective solidarity is fundamental. These are lonely ideas now, since they have been made to appear naïve and utopian. What a world to live in where the hope that hunger can be anachronistic is dismissed, while the desire by Jeff Bezos to be the world’s first trillionaire is taken seriously. Twenty-two men have more wealth than all the women in Africa. That’s the world we live in. It is an intolerable world. You’d have to have a heart of stone not to be moved by our reality, and a mind of mud not to want to be inspired by the possibility of change. That’s the hope of the Manifesto, and the example of Pansare. I hope to see you on Red Books Day.