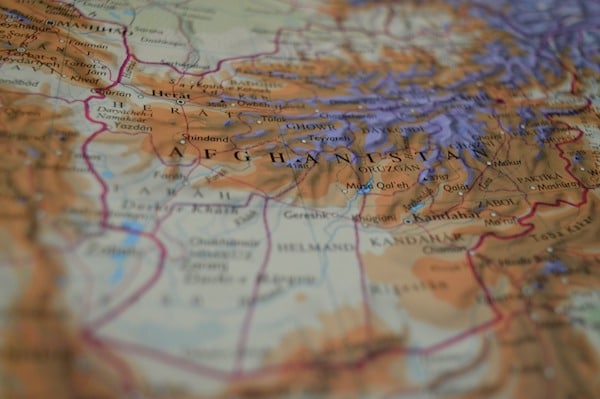 The manner in which U.S. President Donald Trump’s administration is ramming a peace settlement down Afghanistan’s throat is disconcerting. Delhi’s silence is more so. One shudders to think that comprador elements in the Indian establishment could be silently collaborating with the U.S. project, in the shadow of Trump’s recent trip to visit India (an event called “Namaste Trump”).

Neither the Indian political leadership nor the “deep state” seems to grasp that the geopolitics of the South Asian region is transforming with far-reaching consequences.

Events are moving in a torrential flow, navigated by the U.S.-Pakistani compass. With Pakistani help, the Trump administration has secured a near-optimal deal with the Taliban.

The deal calls for negotiations between Afghans to start in March, an eventual countrywide cease-fire and a commitment from the Taliban not to harbor terrorist groups, while setting a timetable for the withdrawal of U.S. troops.

A senior U.S. official said that “the agreement for a seven-day ‘reduction in violence’ is ‘very specific’ and covers the entire country, including Afghan government forces.” Importantly, the Taliban has committed to a halt in roadside and suicide bombings as well as rocket attacks.

The scheduled “reduction in violence” began on February 22. On February 21, U.S. Secretary of State Mike Pompeo disclosed that the pact will be inked on February 29, which suggests Washington’s growing trust in the Taliban.

Pompeo’s announcement came immediately after a stunning op-ed by the deputy head of the Taliban (dreaded leader of Haqqani network), Sirajuddin Haqqani, in the New York Times, the flag carrier of the Washington establishment, vowing that his fighters are “fully committed” to the reduction in violence deal.

The Haqqani network takes the cue from Islamabad, and Sirajuddin’s opinion piece (which was highlighted by the Voice of America later) signals that Islamabad wants the reduction in violence pact to be displayed on the ground. Indeed, Sirajuddin’s piece also signifies his metamorphosis from a branded terrorist to a political figure, which is how most insurgencies end.

Washington is well aware that the Haqqani group was responsible for terrorist attacks on the Indian diplomatic establishments in Afghanistan. But today U.S. self-interest dictates that Sirajuddin’s mainstreaming in Afghan political life and a potential elevation eventually to a leadership role at the national level are useful and necessary, since he can deliver peace.

As for Pakistan, it can rest assured that a regime in Kabul with Sirajuddin in a commanding role will be amenable and never play footsie with Indians.

Ironically, on a parallel track, Washington also finessed the rejectionist stance of the Afghan president Ashraf Ghani at a joint meeting on February 15 with Pompeo, U.S. Defense Secretary Mark Esper and the chief negotiator with the Taliban, U.S. peace envoy Zalmay Khalilzad, on the sidelines of the Munich Security Conference.

What offer the Americans made to Ghani that he couldn’t refuse we do not know yet, but he has overnight turned into a believer and enthusiastic supporter of the reduction in violence pact between the Trump administration and the Taliban.

It is entirely conceivable that Ghani’s next move after the Munich appeasement on his return to Kabul—after the announcement of the results of last year’s presidential election on February 18 by the Independent Election Commission, declaring Ghani president for the second time—would have tacit U.S. approval.

The former Afghan president Hamid Karzai also lashed out at the so-called international community for prompting Ghani to rig the election result. In a statement on February 19, Karzai said,

The process that was imposed on our people under the name of ‘elections’ was not a national process and was in contrast to the values of democracy.

He rejected the election results and stated that

the election process fundamentally serves foreign agendas in Afghanistan, which are aimed at weakening Afghanistan’s national sovereignty and creating division among the Afghan people so that foreigners can implement their plans.

Nonetheless, interestingly, the UN and the European Union lost no time to congratulate Ghani on his election victory. This would suggest, again, Washington’s confidence that the anti-Ghani opposition leaders—some of whom are on CIA payroll, in fact—will ultimately accept the fait accompli.

But Karzai further responded by tweeting: “As was feared, unfortunately, the wrong decision to hold elections and misconduct in the process caused divisions threatening further instability. Now it is upon us, the Afghan people, to protect our homeland from the negative consequences, steadfastly work for peace and foil…foreign designs against our unity, integrity and sovereignty.”

Later, when Khalilzad, who is camping in Kabul, called on Karzai on a mission to pacify him, the latter tweeted:

Former President Hamid Karzai met Mr Zalmay Khalilzad @US4AfghanPeace, the U.S. Special Representative for Afghanistan’s Reconciliation, & Amb. Ross Wilson on Wednesday [February 19]. The former President emphasized the following: a) Contradictory remarks by the international institutions…involved in the elections are a clear sign of external efforts to divide the Afghan people and weaken the country. b) Strong US-Afghan relations are possible only when the U.S. proves its good intentions through active support for a peaceful, united and sovereign #Afghanistan.

Evidently, feelings are running high. (See an excellent commentary here, by the think tank Afghanistan Analysts Network on the rigged Afghan presidential election.) But Pompeo’s announcement on February 21 setting the date for the signing of the reduction in violence pact underscores that Washington is confident of steamrolling the anti-Ghani political forces drawn from the non-Pashtun ethnic communities.

In essence, the U.S. is playing the “Pashtun card”—opting for the restoration of Pashtun dominance to stabilize Afghanistan, which has of course been a historical reality.

But there is a significant section of enlightened Pashtuns and the Tajik, Hazara and Uzbek nationalities who feel marginalized and let down. They had expectations for a future for their country as a modern, moderate, plural and truly independent state.

They would be apprehensive that the U.S.-sponsored settlement would put Pakistan in the driving seat in Kabul eventually. They would have no reservations about integrating the Taliban as such but through a transparent process of inter-Afghan dialogue. An interim government would have met the purpose ideally.

Quite obviously, the recent four-day visit by the UN Secretary-General António Guterres to Pakistan took place in the above backdrop where Washington is grooming the UN to navigate Afghanistan’s transition.

Washington encourages Guterres to prioritize Pakistan’s goodwill and cooperation for the sake of the success of the fateful UN mission in Afghanistan. His highly controversial remarks on Kashmir and Modi government’s anti-Muslim policies (while on a visit to Pakistan last week) fall into perspective.

He didn’t speak flippantly. His chastising remarks were intended to put Delhi on the defensive. Guterres hinted probably that India cannot afford to be a “spoiler” in Afghanistan. You don’t throw stones from glass houses, after all.