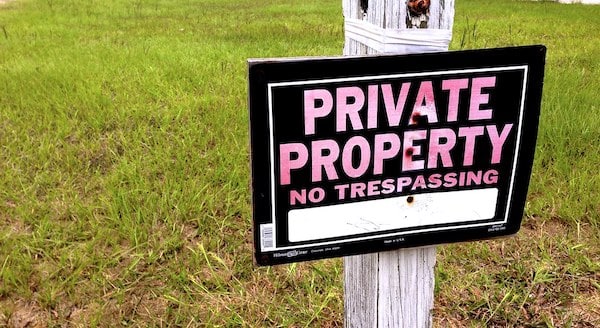 The conceptualisation of property in a economic sense harks back to John Locke. These days property is commonly separated into four categories:

Karl Marx sought to further distinguish between the personal possession of (mainly) consumer goods, which he termed “personal property”, and the absentee ownership of capital goods, which he somewhat confusingly termed “private property”. Marx then went on to critique the exploitation that arises structurally when the means of production are privatised.

Hence we arrive at the first problem with private property, in that there exist two conflicting interpretations, neither of which has gained universal acceptance. That said the broader Lockean take tends to prevail in common usage, which can be somewhat problematic when discussing the abolition of exploitative arrangements arising from private property.

In order to proceed with this discussion, it’s necessary to mitigate any semantic argument, by concisely defining the various terms that shall be applied throughout:

Where these labels appear they are intended as substitutes for the above listed definitions, rather than being interpreted according to a lexicon (and in particular the Merriam Webster Dictionary). If you have an issue with this, then feel free to contact us suggesting alternative labels.

Society has moved on from the days of Marx, and many more people now have access to capital goods. With this in mind it’s worth refining the argument, so as to avoid pointless and time consuming discussions around whether owning a 3D printer would constitute Marxian private property or not!

Broadly speaking, those who oppose exploitation respect personal property, collective property, and common property. Neither are they entirely opposed to private property in the common/Lockean sense, although most accept Marx’s critique of capital and therefore strenuously object to private property in the strict Marxian sense. Those who identify as anarchists also reject public property, since that would necessitate the existence of a state.

In respect of the above listed definitions, it would be accurate to state that the key issues are thus around:

Outside of that there’s no objection to absenteeism, where it is voluntarily respected and does not serve to give rise to artificial scarcity. Neither would there be any need to abolish leveraged property, where its uptake is truly voluntary and not structurally impelled.

The issue with private property is dependent on whether said claim is genuinely being maintained through mutual respect, rather than being structurally imposed upon society by those in positions of power.