Raza Naeem sat down with one of the most influential leftists of our world today to discuss politics, history and his new book.

Raza Naeem (RN): Given your own intellectual trajectory as an activist and writer, I was surprised as to why you chose Lenin as a subject and not Trotsky, given your admiration for his intellect and legacy in many–if not most–of your previous works. Will there be a follow-up work on Trotsky? 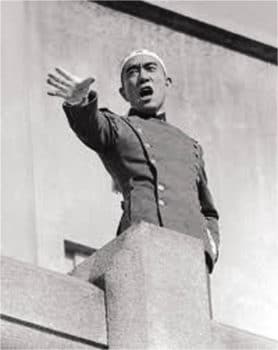 Tariq Ali (TA): It’s not a question of admiration as such, but of intellectual affinities. Trotsky was a great revolutionary leader, strategist, thinker and a fine essayist and writer; one has learnt a lot from his critiques of the post-Lenin world, and I have written about that. The Trotsky-Stalin debate sometimes succeeds in obscuring Lenin because in these debates, the loyalty is mostly to Trotsky or Stalin. In addition, I had never written about Lenin before. No, no work on Trotsky to follow!

RN: This year also marks the 150th anniversary of Lenin’s birth. You talked about the young people struggling in various parts of the world in your keynote address at the Lahore Biennale. Which text or quotation from Lenin would you offer them by way of inspiration in the 21st century?

TA: I do not offer young people any advice. I think Lenin should be discovered by young people themselves; being told what to do is not a good way of stimulating them. Do they need those people anymore? One of the big problems in the post-Lenin period of communism is that in many parts of the world communism has been taught like a religion. Communism has its gods, saints and martyrs. There is a big tradition in India and Pakistan of guru shagird (students of the guru); you are taught and you cannot question. There has to be a total agreement with the leader and the ideology being taught. It’s completely counter-productive.

RN: This year also marks the bicentennial of Marx’s great comrade Frederick Engels. How would you evaluate his contribution to Marxist thought and what can an activist and intellectual learn from him in the 21st century?

TA: Engels was an intellectual in his own right, a partner of Marx. Both taught each other and learnt from each other. He was not a junior partner of Marx in any way. Engels wrote on subjects Marx didn’t write about. He described arranged and forced marriage as a form of prostitution in The Origins of the Family. He was very strong on armed struggle and the peasant wars in Germany. He was nicknamed ‘The General’ owing to his military knowledge. Ideas become important when they connect with the needs of the masses, if they don’t, they will die. The biographies of Engels which I have read are the classic ones; the modern ones I don’t like. They concentrate on his class background; that he was an industrialist. Engels was less conventional than Marx on personal life and how people should live. Marx was very Victorian in morality; Engels had a far more open and creative life. He didn’t believe in marriage, leave alone the sanctity of marriage. 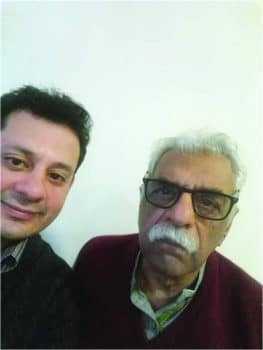 RN: In your keynote address at the Lahore Biennale, you also remarked that Palestine has been wiped out from the world agenda. You also talked about the amnesia regarding Gamal Abdel Nasser’s idea of a unified Arab Republic. Memory often takes the form of resistance in such cases. This September marks 50 years since the death of Nasser as well as the anniversary of the infamous Black September massacre in Jordan. How did the death of Nasser and the massacre affect the Middle East, especially the balance of progressive forces in the region?

TA: It wasn’t just the death of Nasser. It was the 1967 defeat in the Arab-Israel War that destroyed Arab nationalism. That was a huge defeat for Arab nationalism. Nasser died a very popular, respected and loved man, but he failed in what he wanted to achieve. That was the beginning of the end of the Arab world as an entity. Now we see sectarianism, factionalism, U.S. intervention to destroy country after country, the success of the Israelis in wiping out the Palestinians as a credible national movement with Palestinian collaboration.

My late friend Edward Said always attacked the Oslo Accords as a complete betrayal of Palestinian interests. He has been vindicated. The two-state solution lies dead in the water. Israelis are not interested in permitting a viable Palestinian state. Ironically they have created the conditions for a one-state solution and they have realized it.

Black September was a big defeat and Jordan was involved in suppressing the Palestinians. General Zia-ul-Haq earned his military spurs helping the Jordanian monarchy. It was a severe blow for Palestinian national aspirations, but they recovered and carried on.

Boris Johnson, the current British Prime Minister has recently written a bestseller book The Churchill Factor, which, by the way, is not an unintelligent book. It needs to be responded to. My book is titled Winston Churchill: His Life and Crimes

The first intifada completely shook the Israeli political and military establishment. Yasser Arafat accepted the Oslo Accords. The Israelis negotiated with Palestinian leadership, which was not the one which had led the intifada; rather it was the leadership in exile in Tunisia. There is a strong colonial racist element in Israeli thinking. The Palestinian leadership is at an impasse; it has stopped thinking. They put all their eggs in the Israeli basket. This has been a disaster for the Palestinians. They should have appealed to the world for support after the first year of the Oslo Accords and declared their independence. Every day there are killings taking place and the world watches and does nothing. That which Israel is doing against Palestinians, it is also recommending to the Modi government in India against the Kashmiris and any other minorities which do not accept permanent occupation by Delhi.

RN: Why is it important to remember both these events today when the odds are even more greatly stacked against both Arab unity and Palestinian liberation?

TA: History is important, and memory shouldn’t be obliterated. If you forget the past, you cannot fight for a decent future. Memory and history both are important. Distortion of history is a huge problem now in almost every country in South Asia. Modi’s attack on Irfan Habib and Romila Thapar is very well-considered, organized and prepared. Their own version of history is farcical imposed on the Indian state; but there is resistance to this, I’m glad to say.

RN: Well, we haven’t talked a lot about literature so I will attempt to rectify that by sharing with you that this November, it will be 50 years since the great Japanese writer Yukio Mishima committed a rather bizarre sort of suicide. What has your own engagement been with his work and where does he stand in the politics and letters of the 20th century?

TA: Mishima was a conservative but a very gifted novelist. One cannot look at literature simply through the lenses of one’s political beliefs. You can be far-right and reactionary, but also accept that they have produced great literature. One thinks of the French writer Celine and the Norwegian Knut Hamsun, who won the Nobel Prize for Literature; and also flew to Berlin to give Hitler his Nobel Prize.

The present Nobel Laureate Peter Handke is not a part of the dominant literary mafia. He is not a conventional guy. Therefore he has been slandered. He is quite independent-minded and did not like the way Serbia was being demonized. He is not of the extreme right at all; I happen to know him and his work.

RN: Lastly, please tell us about your forthcoming work.

TA: I am writing a book on demystifying Churchill; to deconstruct him a bit. The Churchill cult has gotten out of control both in Britain and the United States, and in Australia and New Zealand, etc. Boris Johnson, the current British Prime Minister has recently written a bestseller book The Churchill Factor, which, by the way, is not an unintelligent book. It needs to be responded to. My book is titled Winston Churchill: His Life and Crimes.