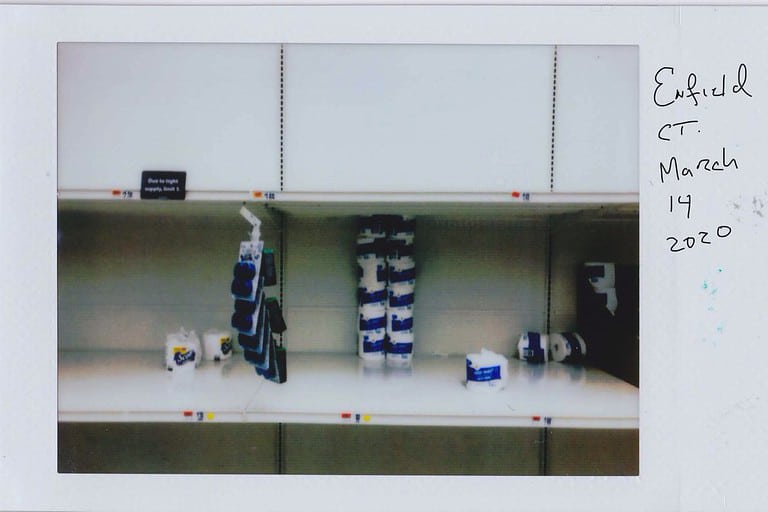 SARS-CoV-2 or COVID-19, now declared a global pandemic by the World Health Organisation, has begun to wreak havoc in large parts of the world, with other parts waiting in anticipation. We are in a real struggle, which needs total mobilisation; a struggle that needs to put life before profit. We will only win this struggle–as China has already done–if our people are united and disciplined, if governments earn our respect by their actions, and if we act in solidarity across the globe.

Global debt is at $250 trillion, with corporate debt already enormous. On the other hand, there are trillions of dollars swirling around stock markets and in tax havens. As economic activity contracts, corporations will line up for bailouts; this is not the best use of precious human resources in this time. In the midst of this, that financial markets remain open is a failure of imagination. The drop in the value of stocks–in the markets from the Hang Seng to Wall Street–is merely a way to intensify global social anxiety, since the health of the stock market has come to be seen–erroneously–as an indicator of economic health in general.

Long-term quarantines and shutdowns have taken place in large parts of the world, certainly in Europe and North America, but increasingly in Africa, Asia, and Latin America. Economic activity has already begun to shudder to a halt. Estimates of the net losses are not possible to make, and even the major international institutions are adjusting their numbers every day. An UNCTAD study on 4 March, for instance, said that the slowdown of manufacturing in China will by itself disrupt the global supply chain and decrease exports by $50 billion; this is only one part of the loss. The total losses are–as yet–beyond calculation.

The IMF has pledged to use $1 trillion to help countries stave off economic disaster. Already about twenty countries have come to the IMF to request assistance; Iran, which had stayed away from the IMF for the past three decades, has now requested IMF help. It would be an auspicious change in the IMF’s policy, unprecedented in history, if not for the shameful refusal to help the people of Venezuela under the pretext of not recognizing the Venezuelan government. The IMF must not require any adjustments or strings for the provision of these bridge loans. The rejection of a loan to Venezuela is a sign of great political failure by the IMF.

International solidarity from China and Cuba is exemplary. Chinese and Cuban doctors have been in Iran, Italy, and Venezuela, while they have offered their services and expertise around the world. They have developed salves and medical treatments that prevents the fatality rate for those afflicted with –COVID-19, and they want to distribute this–without any patent or profit–to the world’s people. The example of the Chinese and Cubans in this period must be taken seriously; thanks to this example, it is easier to imagine socialism in the midst of this coronavirus pandemic, than it is to live under the heartless regime of capitalism.

European countries, now the focus of the pandemic, are seeing their weakened health systems collapse after decades of under-funding and neo-liberal austerity. European governments, as well as the European Central Bank and the EU, allocate the bulk of their resources on trying to safeguard the financial and business sectors from a sure economic debacle. The adoption of timid actions aimed at strengthening the capacities of States in the face of the crisis–targeted renationalisations, temporary public control of health service providers–or of palliative measures–limited exemptions from the payment of rent and housing mortgages–do not represent a decisive commitment to provide for basic guarantees for labour and safeguarding the health of the working class that is most exposed to the devastating effects of the pandemic: healthcare workers, women that are caregivers, employees of the food industry and basic services companies, etc.

This is a partial repudiation of the neoliberal prescriptions that have dominated the world for the past fifty years. The IMF must take cognizance of this, since it has otherwise participated actively in cannibalising resources in Africa, Asia, and Latin America, and creating institutional deserts in country after country. Strengthening the state and redistributing wealth in favour of the masses should be the global orientation.

Scientists tell us that this struggle against the virus could last for the next thirty or forty days. That is why it is essential that each country and each government take measures to prevent the death of multiple thousands of people.

The movements, unions, and parties that make up the International Assembly of Peoples propose that a programme of structural change be formulated and implemented to allow us to win this struggle and reshape the world. This programme must include: