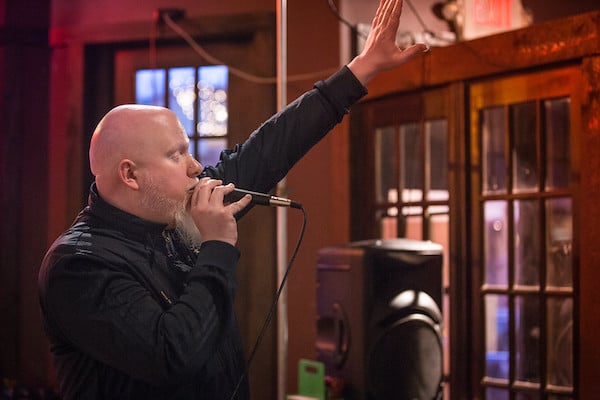 Welcome to the first post of Understanding the Rhymes. On this blog specific hip-hop song lyrics will be analyzed. The first song is ‘Uncle Sam Goddamn’ by Brother Ali. This song was released in 2007 and is not a new song but the lyrics are very deep and powerful. This song has been highly criticized due to its lyrics about government issues. Here is the link to the song followed by the lyrics:

Ah, the name of this song is Uncle Sam Goddamn
It’s a show tune, but the show ain’t been written for it yet
We’re gonna see if Tony Jerome and the band can maybe work this shit out for me
And straighten me out right quick
I like it so far man
Yeah
Come on, lets go

Lets do this shit for real, come on now

[Verse 1]
Smoke and mirrors, stripes and stars
Stolen for the cross in the name of God
Bloodshed, genocide, rape and fraud
Writ into the pages of the law good lord
The Cold Continent latch key child
Ran away one day and started acting foul
King of where the wild things are daddy’s proud
Because the Roman Empire done passed it down
Imported and tortured a work force
And never healed the wounds or shook the curse off
Now the grown up Goliath nation
Holding open auditions for the part of David, can you feel it?
Nothing can save you; you question the reign
You get rushed in and chained up
Fist raised but I must be insane
Because I can’t figure a single goddamn way to change it

[Hook x2]
Welcome to the United Snakes
Land of the thief, home of the slave
The grand imperial guard where the dollar is sacred, and power is God

[Verse 2]
All must bow to the fat and lazy
The fuck you, obey me, and why do they hate me? (Who me?)
Only two generations away
From the world’s most despicable slavery trade
Pioneered so many ways to degrade a human being
That it can’t be changed to this day
Legacy so ingrained in the way that we think;
We no longer need chains to be slaves
Lord it’s a shameful display
The overseers even got raped along the way
Because the children can’t escape from the pain
And they’re born with poisonous hatred in their veins
Try and separate a man from his soul
You only strengthen him, and lose your own
But shoot that fucker if he walk near the throne
Remind him that this is my home, now I’m gone

[Bridge]
Hold up, give me one right here
Hold on
You don’t give money to the bums
On a corner with a sign bleeding from their gums
Talking about you don’t support a crackhead?
What you think happens to the money from your taxes?

[Verse 3]
Shit the governments an addict
With a billion dollar a week kill brown people habit
And even if you ain’t on the front line
When massah yell crunch time, you right back at it
Plain look at how you hustling backwards
At the end of the year, add up what they subtracted
Three outta twelve months your salary pays for that madness
Man, that’s savage
What’s left? get a big ass plasma
To see where they made Dan Rather point the damn camera
Only approved questions get answered
Now stand your ass up for that national anthem

Ali raps in his verses that America is not the great place people make it out to be. He reminds us that slavery was present only two generations ago and extremely violent hate crimes occurred in the country. He also compares paying taxes to paying a homeless man for crack. Tax money is just supporting the war in the Middle East.

Ali certainly calls out the American society in this song. Is America really not the home of the brave? Is this still a free country or are we all “unchained slaves?” Comment your thoughts and share any different ideas towards lyrical meaning. To see a full analysis of the song read the full analysis below.

The title and the opening introduction of this song actually derive from a song titled Mississippi Goddamn. This song discusses racism in the south and it is easy to see where the connection comes from.

The hook then starts and Ali calls the country “the United Snakes” instead of States due to his opinion of the country being slippery and shady. Again Ali uses another play on words and instead of the phrase, “Land of the free, home of the brave,” says,

Land of the thief, home of the slave.. He also goes on to say we have imperial ways and are devoted to money and power.

“Smoke and mirrors, stripes and stars” is alluding to fraud and treachery in America. Then Ali goes on to remind us that the U.S. was stolen from the Native Americans and the country has even killed people because the written law allowed it.

The next line uses a metaphor to compare the U.S. to a latchkey child. A latchkey kid is someone who would come home from school every day to an empty house because of working parents. Ali is saying the country of the U.S. ran away from Europe and started “acting foul.’

The next lyrics describe how we took over the uncivilized new world and never apologized properly to the slaves once freed.

To start the wrap up of the verse he uses a metaphor to compare America to Goliath and states that if you question the government you will be thrown in jail. Ali feels he is alone and is insane for going against this type of government but does not know how to fix it.

Following the chorus Brother Ali goes right back into the fray saying citizens of the U.S. must follow the rules of politicians who have no care for their appearance. Then he struggles to see how the government wonders why others look down upon us.

The next line is very powerful:

Two generations away from the world’s most despicable slavery trade.. Slavery was happening in our country not long ago and the most horrible things were thought up just to downgrade human beings.

After this are lyrics hinting that everyone is under the control of government and are:

unchained slaves.. Not even children can escape because standing up will only lead to being in trouble.

Try and separate a man from his soul, you only strengthen him, and lose your own.. You can try to kill someone and take away his passion, but doing this makes you a terrible person. And can you really take away someone’s passion. Brother Ali believes no. He finishes by saying it is impossible to take charge.

In the bridge Ali hints that giving a homeless man money for crack is the same as giving the government tax money for war in the Middle East. At the beginning of the final verse he continues his thought calling the government and addict. He goes on to say paying for taxes is practically fighting the war with the government just not in the line of fire. He finishes by telling America to stand up for the national anthem, a history filled with slavery and racism.