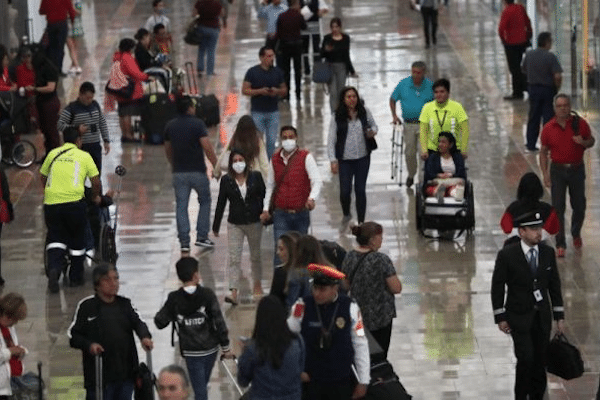 Covid-19: the pandemic of the Great Acceleration

The slight flapping of a butterfly’s wings can be felt on the other side of the world.

Many people around the world are familiar with this ancient Chinese proverb. Today, this lovely metaphor has materialized and taken the form of a pandemic, wreaking havoc on a system where few felt safe and most had become accustomed to merely surviving. Despite the panic induced in many sectors of the population by the spread of this virus, we must remember that, both locally and globally, human diseases caused by viruses or bacteria have been with us for thousands of years, since our species began to walk the African steppes. They followed us when we domesticated the first animals and plants, were by our side when we built our first cities and have traveled the world in our carts, ships, trains, wagons and planes at an increasingly dizzying pace. Our relationship with disease is historical and painful because it shows us our biological and cultural limits. In other words, it shows us one of the many faces that death has.

We can say that, largely thanks to the mass media and social networks, for the first time in human history the pandemic has acquired a global status, and that the system propagating the viral spread of statistical information on the disease is as effective as that of the virus itself. Sometimes, the news and analyses are so ambiguous that it seems that their intention is to confuse rather than to inform public opinion.

Global environmental history, which has studied continental biological exchanges, has shown how various ailments, such as COVID-19 today, have spread around the world, demographically decimating populations that did not have the antibodies to deal with these biological agents. Some of the best known cases are the Black Death that struck Eurasia in the 14th century, or the smallpox or flu that claimed thousands of lives in indigenous lands during the conquest of what we now call America (in the 16th century). Thus, diseases and their spread through different regions of the planet were, are, and will continue to be part of the life of the world system and its global processes of interconnection.

Human globalization did not begin with the first transoceanic exchanges, but we can say that with these exchanges it began dispersing throughout the world diseases that were unknown to the antibodies of other human populations. Earlier processes of global exchange, however, had other rhythms and scopes, the networks were more restricted and much slower, and as a consequence, the spread of diseases was less accelerated. This trend changed over time as humans developed machines and communication systems that allowed them to pursue more extensive processes of global change.

In the first decades of the 20th century the world faced an epidemic crisis due to an H1N1, or Spanish flu, virus, but, despite its high lethality, its spread was not as rapid as we see today with COVID-19. This is because rhythms and interconnections in the flow of people and products around the world was not as dynamic as it is today. As an example, according to data from the International Civil Aviation Organization, airplanes transported approximately 1.647 billion passengers in 2000; a figure that rose to 4.3 billion in 2018.

After the second half of the 20th century the world entered a global process that environmental historians have conceptualized as the Great Acceleration. In this context, the planet began to experience increases in the rates of exploitation of natural resources, population growth, exchange of products, and movements of people around the globe, to name a few factors. These processes set off a series of problems, including the warming of the planet, air pollution, losses of large areas of forest and jungle, pollution and shortages of fresh water, acidification of the oceans, and today we must add the accelerated spread of diseases such as COVID-19 as part of the challenges we are facing and will continue to face as a global society in the future.

Today, some diseases that affect us as a species are focused in different regions, but there are others that, due to their planetary distribution and in the same way as inequality and poverty, are global and affect millions of human beings. Viruses and bacteria, like any biological entity, seek to reproduce by any means. For this they need to find hosts that provide them with the conditions for that purpose. Without intending to, diseases like the coronavirus will take advantage of the transport systems we have developed to accelerate their spread.

The challenges we face with COVID-19 are not only epidemiological or technical, such that we can say that the disease is not just a biological threat to our species. The virus has taken on the dimensions of a cultural and civilizational challenge for all of us because it infects the poor, the middle classes and the most privileged on the planet. Of course, we must be clear that it affects individuals, families and countries in different ways.

Despite this being a global challenge, the world has reacted differently: different nations have developed strategies and measures that have included closing borders, restricting social mobility, massive testing, and monitoring based on mobile device applications. Actions have not only been taken at the government level, but also by citizens, within the extent of possibilities that each individual or community has. These measures, as in other national crises, have been expressed in different initiatives and community support networks.

In recent weeks, in Mexico and elsewhere, strategies have been adopted to deal with both the epidemiological and economic crises which have not been free of public criticism. What has become clear, although few say so openly, is that the economic model that relied on state deregulation in public health and other strategic areas has proven ineffective in different parts of the world, and our country is no exception. Everyone’s health cannot be in the hands of private companies. The health emergency caused by COVID-19 shows that we must drastically rethink the measures adopted since the Washington Consensus.

The current crisis has changed our lives and will continue to do so for a long time to come. It is time for our generation to propose a different course, because this pandemic has shown us that the socio-economic model based on the Great Acceleration of consumption and the destruction of nature affects us all, and the poorest more than any. We must take collective action and learn from what is happening; the call to stay at home must be expanded in scale, and we citizens must channel it into collective action to take care of the global house that is our planet, because this crisis has also shown that the stoppage of activities imposed by the pandemic has allowed the planet’s ecosystems a slight respite, which we should try to maintain into the future. It is important to emphasize that changes are not the result of our ability or inability to imagine new utopias; rather great historical transformations are the result of our actions and abilities to adapt and seek new ways out of crises.

Juan Humberto Urquiza García is a researcher in the Humanities Department of the National Autonomous University of Mexico and professor of environmental history at the School of History of the Faculty of Philosophy and Letters.