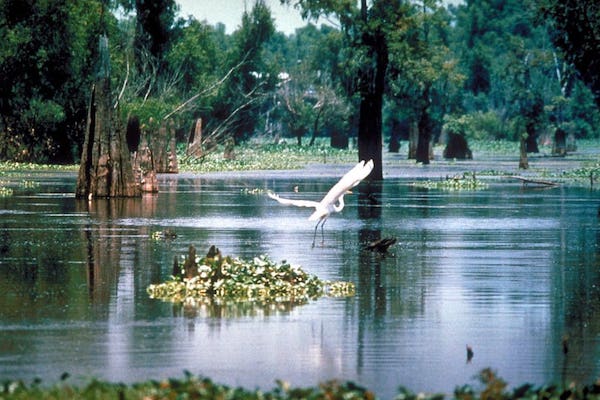 Way back in 2009, during the last worldwide economic crisis, Rahm Emanuel—then-President Obama’s chief of staff—famously said “Never allow a good crisis to go to waste.” Emanuel went on to elaborate:

It’s an opportunity to do the things you once thought were impossible.

Which makes this time of coronavirus, severe economic disruption, and record unemployment the ideal opportunity for some politicos to try to do once-thought-impossible things—such as un-do what remains of most previous federal attempts to deal with climate change.

With public attention focused on daily coronavirus briefings cum campaign rallies in the White House press room, the Trump administration and supportive Republicans at the state level have implemented a variety of climate change-related rulings, directives, orders, and other executive decisions that would otherwise be highly visible and largely unpopular. While public attention is conveniently distracted by the pandemic, the administration is taking actions on climate that are basically rewriting the entire rulebook of democracy—and on such a scale that it could be argued that the administration’s actions on climate are part of a larger effort to fundamentally remake the nation as a whole and install what amounts to a fossil fuel-powered autocracy.

Under the guise of protecting workers and the public from the coronavirus, the Environmental Protection Agency (EPA) announced two weeks ago that it will not issue fines against companies that violate certain water, air, and hazardous-waste-reporting requirements. The administration’s argument for this abrupt reversal is that with businesses facing a raft of layoffs, furloughs, personnel restrictions, and other challenges coming from COVID-19, the EPA should lighten demands on businesses and industry to comply with federal environmental requirements. In making the assertion (without providing much in the way of evidence) that pandemic costs and environmental compliance costs are interchangeable, the administration has touted the virtues of what it termed “self-regulation.” Gina McCarthy, who led the EPA under former President Obama, called the change “an open license to pollute.” In a New York Times article headlined “EPA, Citing Coronavirus, Drastically Relaxes Rules for Polluters,” she said:

[T]his brazen directive is nothing short of an abject abdication of the EPA mission to protect our well-being.

More recently, the agency has also announced that it will be weakening regulations concerning the release of mercury (and other toxic metals) from coal-fired power plants into the nation’s air and water. Mercury is a heavy metal linked to brain damage, and the loosening of these rules puts the Trump administration in the odd position of rolling back health protections in the middle of a pandemic. But the Trump administration’s EPA looks at the new effort in another way, arguing that the cost of removing mercury from power-plant emissions “dwarfs” the economic benefit of having them emit without pollution controls. Ironically, electric utilities have urged the Trump administration to leave the mercury rules untouched, as they have already spent huge sums to come into compliance.

And that’s not all.

The Trump administration has also moved to roll back automobile fuel-efficiency standards—something that the Times described as “gutting the federal government’s most important climate change policy” in,

And under the guise of cutting red tape, the administration is even moving to weaken such signature environmental legislation as the 102-year-old Migratory Bird Treaty Act, arguing that businesses that kill birdlife accidentally—as opposed to purposely—should be able to operate without fear of federal prosecution.

On a broader front, Trump officials are manipulating the system by which climate change is considered in environmental impact reviews, saying that it is not right for scientists to include the so-called “co-benefits” of reducing mercury emissions. (These co-benefits include the emission of less sulfur dioxide and less particulate matter into the air, which means that there are decreased health problems among the public. Researchers with the Obama administration found that implementing the rules about mercury and ash production would prevent an estimated 11,000 premature deaths each year, as well as 4,700 heart attacks and 130,000 asthma attacks, saving $80 billion over five years in the process. And all these were in addition to the biggest co-benefit of all—reducing the sulfur dioxides and particulate matter that contribute to climate change.) Under the new tack of the Trump administration, such co-benefits would not be considered at all.

The administration’s renewed emphasis on weakening environmental rules appears to be a hedge, in case Republicans lose control of the White House in November. Any executive decision that can be rammed through before early June is not subject to the Congressional Review Act—which means that it is much harder for a new administration to overturn. So the next few weeks are key to the rush on weakening environmental and climate regulations, aided by the knowledge that public attention is elsewhere.

And another reason may be to simply set the stage for future efforts to handcuff the EPA’s ability to regulate air pollution, said David Konisky, a professor of public and environmental affairs at Indiana University. “That is the big unstated goal,” he told the Times in “EPA Weakens Controls on Mercury.”

Such anti-environmental efforts are not limited to the federal level. Governors in West Virginia, South Dakota, and Kentucky have signed laws that criminalize protests against fossil-fuel construction projects, claiming that oil and gas pipelines are so-called “critical infrastructure,” the UK’s Independent writes. It quoted Connor Gibson, a researcher with Greenpeace USA, as saying:

While we are all paying attention to COVID-19 and the congressional stimulus packages, state legislatures are quietly passing fossil-fuel-backed anti-protest laws. These laws do nothing new to protect communities. Instead they seek to crack down on the sort of nonviolent civil disobedience that has shaped much of our nation’s greatest political and social victories.

There is a logic to all these disparate actions, a variety of observers note, including economist and newspaper columnist Paul Krugman. He recently compared the tactics being used in the United States right now to what has already happened in increasingly anti-democratic nations such as Hungary—where a white nationalist ruling party took advantage of its position to rig the system and effectively make its rule permanent. Though his April 9 New York Times column was focused on the overall threat that nationalist leaders pose to democracy, his observations hold true for the area where democracy and climate change efforts intersect. In his column, Krugman wrote of how the regime in Hungary,

If you say that something similar can’t happen here, you’re hopelessly naïve.

Dan Drollette Jr. is the deputy editor of the Bulletin of the Atomic Scientists. He is a science writer/editor and foreign correspondent who has filed stories from every continent except Antarctica. His stories have appeared in Scientific American, International Wildlife, MIT’s Technology Review, Natural History, Cosmos, Science, New Scientist, and the BBC Online, among others. He was a TEDx speaker to Frankfurt am Main, Germany, and held a Fulbright Postgraduate Traveling Fellowship to Australia—where he lived for a total of four years. For three years, he edited CERN’s on-line weekly magazine, in Geneva, Switzerland, where his office was 100 yards from the injection point of the Large Hadron Collider. Drollette is the author of “Gold Rush in the Jungle: The Race to Discover and Defend the Rarest Animals of Vietnam’s “Lost World,” published in April 2013, by Crown. He holds a BJ (Bachelor of Journalism) from the University of Missouri, and a master’s in science writing from New York University’s Science, Health and Environmental Reporting Program.