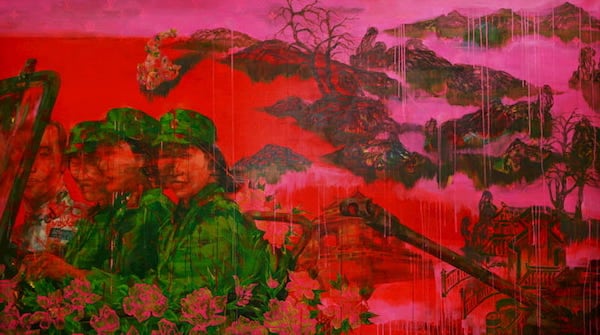 The International Monetary Fund (IMF) says that the Great Lockdown, which has no end date, could very well lead to a loss of $9 trillion to global Gross Domestic Product over the entirety of 2020 and 2021; this number is greater than the combined economies of Japan and Germany. This scenario, the Fund’s managing director Kristalina Georgieva admits, ‘may actually be a more optimistic picture than reality produces’.

There are calls within Europe for the mutualisation of debt, there are calls on the global stage for debt moratoriums, and there are calls for the IMF to issue trillions of dollars of Special Drawing Rights (SDRs). But old habits do not die. Germany and the Netherlands do not want to bail out the southern European economies, while the US Treasury and the creditors are not keen on debt relief or the issuance of SDRs. In fact, in the midst of a catastrophic pandemic, the United States government has decided to withhold its financial contribution to the World Health Organisation (WHO).

There are now over 2 million people infected by SARS-CoV-2 across the world, with deaths increasing, a general sense of gloom falling like heavy winter snow on our human capacity for optimism.

But then there are sparks of hope, mainly coming from parts of the world committed to socialism. At the end of January, when most of the world was cavalier about the news from Wuhan (China), Vietnam’s Prime Minister Nguyễn Xuân Phúc assembled a team and began to create measures to tackle the spread of the virus. ‘Fighting the epidemic is fighting the enemy’, he said at that time. Vietnam’s government began to trace those who might be infected, test their contacts, quarantine anyone who interacted with them, and bring in the entire medical establishment–including retired doctors and nurses–to deal with the emergency. Vietnam’s Military Medical Academy and Viet A Corporation developed a low-cost test kit based on WHO guidelines, which allowed the country to begin testing people with symptoms. Crucially, the government repeatedly cautioned the population against xenophobia. A clever campaign for public information by Vietnam’s National Institute of Occupational Safety and Health about the virus and about basic hygiene included a song and video, which then spawned numerous imitators.

Until now, there have been no deaths from COVID-19 in Vietnam. 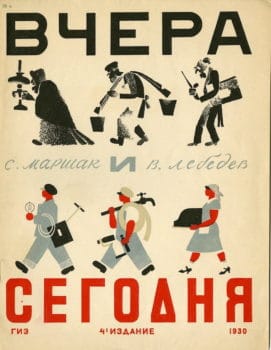 Last week, Vietnam shipped 450,000 protective suits to the United States and 750,000 masks to France, Germany, Italy, Spain, the United Kingdom, and the United States. Within living memory, the United States, with assistance from its European allies, dropped seven and a half million tonnes of explosives, including chemical weapons (napalm and Agent Orange), which devastated Vietnam’s society and poisoned its agricultural land for generations; this is 100 times greater than the power of the atom bombs that the U.S. dropped on Japan. Yet, it is Vietnam whose government and people have used science and public action to tackle the virus and who sent–in solidarity–equipment to the United States, where the absence of science and public actions has paralysed society.

A hundred years ago, in 1918-19, an influenza pandemic swept the world, traveling on ships carrying troops to and from the battlefields of Europe in the throes of World War I. At least fifty million people were felled by what was erroneously called the Spanish Flu (the virus was first detected in Kansas, USA in March 1918). This influenza followed another pandemic–in 1889-90–whose swift diffusion has been blamed on the rapid movement of humans by steam transportation by sea and land. While the 1889-90 influenza mainly killed children and the elderly, the influenza of 1918-19 also killed young adults for reasons that are still not fully explained.

Troops, who, in the words of the poet Isaac Rosenberg, ‘Drained the wild honey of their youth’ in the mud, lice, and mustard gas of the ghastly trenches now had to confront the infectious flu at home. As the war ended, the belligerent countries set up the League of Nations, which created the Typhus Commission, quickly renamed the Epidemics Commission. Disease was the close cousin of war, with a volt of diseases–such as typhus, typhoid, dysentery, smallpox, cholera, and influenza–aflame amongst the demobilised soldiers. The Epidemics Commission visited Poland, where it recommended the establishment of a cordon sanitaire to prevent the diseases from spreading further and worked with the government to create emergency hospitals and clinics. It was this Commission that would be folded into the Health Organisation of the League, and–after World War II–the World Health Organization (WHO). 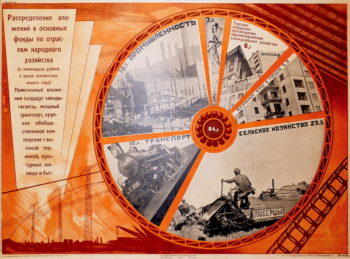 Lithograph to illustrate the distribution of the Soviet budget, 1930.

The young Soviet Republic, established after the October Revolution of 1917, faced the wrath of what was known as ispanskaya bolezn, or the ‘Spanish Disease’. By late 1918, the Soviets saw 150 cases per week, although it was not as much of a problem as typhus, which brought 1000 cases per week to the hospitals. It was because of typhus–caused by lice–that Lenin said, ‘Either socialism will defeat the louse, or the louse will defeat socialism’. The young Soviet Republic inherited a broken medical system and a population in poverty and ill health; civil war, disease, and famine threatened the total collapse of society. It was in light of this that the Soviets hastily acted in several keyways:

Create a commissariat for public health. On 21 July 1918, the Soviet Republic centralised the various health agencies and put Nikolai Semashko in charge; this was the first such institution in the world (by comparison, the U.S. did not create a Department of Health till 1953). The Commissariat was charged with ensuring that health care was a right and not a privilege; therefore, medical care had to be free.

Expand and democratise the health sector. The Soviet Republic hastily built hospitals and polyclinics, trained doctors and public health experts, and expanded medical schools and bacteriological institutes. Dr. E. P. Pervukhin, Commissar of Public Health of the Petrograd Commune, said in 1920, ‘New factories for medicines have been erected, and great stocks have been confiscated from the speculators in medicines’. The profit motive was removed from the medical sector.

Mobilise the population. Health care could not be left in the hands of the doctors and nurses alone; Semashko made the case for the mobilisation of workers and peasants into the struggle to build a healthy society. The Workers’ Committees to Combat Epidemics were established in 1918 in both cities and villages; the representatives of these Committees–workers and peasants themselves–communicated scientific information about health and sanitation, ensured that the public baths (banyas) were clean, and monitored their communities to ensure that any sign of disease would lead to professional medical care. In 1920, Semashko wrote, ‘We may say without exaggeration that the epidemics of typhus and cholera were stopped chiefly by the assistance of the workers’ and peasants’ committees’. Public action was an integral part of Soviet health care. 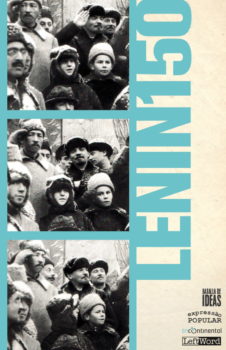 Strengthen preventive measures. The Soviet public health officials believed that more resources had to go towards prevention, whether towards public health instruction or towards the improvement of the living conditions of the workers and the peasants. Dr. Pervukhin told a Norwegian journalist in 1920 that in the Soviet Republic, ‘all dwellings are nationalised, so no one any longer lives in the surroundings so dangerous to health which many had to put up with under the old regime. By means of our grain monopoly, foodstuffs are guaranteed first of all to the sick and weak’. Better conditions of life and more frequent medical attention would be able to stop the spread of disease.

No wonder, then, as Dr. Pervukhin said, that ‘We overcame the Spanish influenza better than the western world did’. Reading these texts shines a familiar light on the way that Vietnam and Kerala, China and Cuba are tackling the coronavirus pandemic today; it underlines the gap between the socialist order and the capitalist order, one with a disposition to put people before profit and the other lashed to the mast of profit. Reading Jessica Lussenhop’s magnificent story about how the Smithfield pork plant in South Dakota (USA) refused to shut down when multiple cases of COVID-19 broke out along their production line, instead pressuring workers who had little choice but to keep coming to work, tells you something about the compulsions of the capitalist order in the face of a pandemic. Tim, one of the Smithfield workers, said he had to keep working because ‘I got four kids to take care of. That income is what provides a roof over my head’, COVID-19 or not.

Wednesday, 22 April, was the 150th anniversary of Lenin’s birthday. Tricontinental: Institute for Social Research, along with three publishing houses (LeftWord Books in India, Expressão Popular in Brazil, Batalla de Ideas in Argentina) released a free book online to commemorate the birthday. The book, available in English, Portuguese, and Spanish, includes Lenin’s 1913 essay on Marx, Mayakovsky’s 1924 epic poem about Lenin, and a short essay I wrote about Lenin’s theory and praxis. 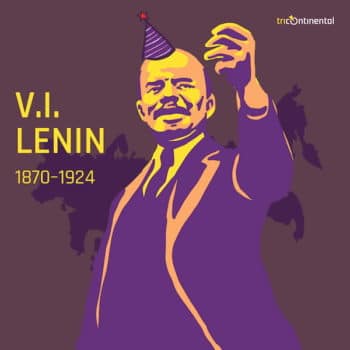 On 24 March, the Kenyan writer Ngũgĩ wa Thiong’o wrote a poem called ‘Dawn of Darkness’; it was written in response to his neighbour Janet DiVinceno and offerings by Mukoma wa Ngugi (Cornell University) and Naveen Kishore (Seagull Books, Kolkata, India). A few days later, he shared the poem, a gift for all of us.

I know, I know,
It threatens the common gestures of human bonding
The handshake,
The hug
The shoulders we give each other to cry on
The neighbourliness we take for granted
So much that we often beat our breasts
Crowing about rugged individualism,
Disdaining nature, pissing poison on it even, while
Claiming that property has all the legal rights of personhood
Murmuring gratitude for our shares in the gods of capital.

Oh, how now I wish I could write poetry in English,
Or any and every language you speak
So, I can share with you, words that
Wanjikũ, my Gĩkũyũ mother, used to tell me:
Gũtirĩ ũtukũ ũtakĩa:
No night is so Dark that,
It will not end in Dawn,
Or simply put,
Every night ends with dawn.
Gũtirĩ ũtukũ ũtakĩa.

This darkness too will pass away
We shall meet again and again
And talk about Darkness and Dawn
Sing and laugh maybe even hug
Nature and nurture locked in a green embrace
Celebrating every pulsation of a common being
Rediscovered and cherished for real
In the light of the Darkness and the new Dawn.

This darkness too will pass away. The light that welcomes us will not be, as Ngugi writes, the old light, but a new dawn.