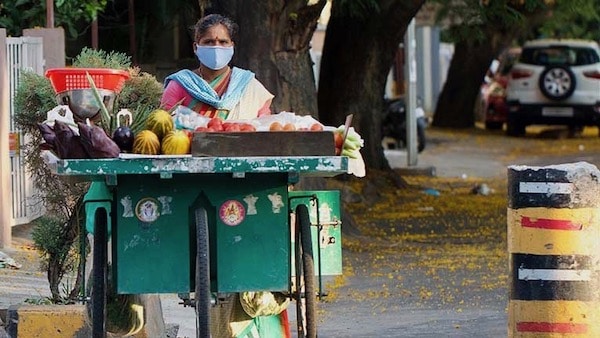 The third edition of the International Labour Organization’s “COVID-19 and the World of Work” report asks governments world over to take proactive social security and relief measures to protect the most vulnerable sections of their working class in the context of rising job and income losses. Most countries have declared lockdowns and shut down non-essential production in a bid to contain the spread of the COVID-19 pandemic.

According to the UN’s labor body, 1.6 billion workers employed mostly in the informal economy, but not limited to that, face loss of employment in the short and medium term due to the lockdowns. This is almost half of the total estimated work force in the world.

According to the report, 68% of workers across the globe are living in countries where COVID-19 lockdowns have been mandated. The novel coronavirus has infected more than 3.3 million people globally and nearly 238,000 people have died so far.

The total global workforce is estimated to be around 3.3 billion. While the lockdown has affected a majority of the workers, the most vulnerable have seen a massive fall in their daily or hourly wages. These workers are the vegetable vendors, rickshaw pullers, auto and taxi drivers, construction and factory workers. Many are self-employed and work in precarious jobs.

The majority of such workers have no social security protection, no savings and no access to institutional credit. In most cases, they are not even organized.

The ILO report shows that the extent of income loss differs in different continents. For example, in the first month of lockdown, the income of workers in Africa and the Americas fell by 81.6%, whereas in Asia it only fell by 21.6%. For Europe and Central Asia, the fall is around 70%. The fall in the Asia-Pacific region is the lowest because of the reopening of the Chinese economy and late closures in others.

The impact will also be varied across different sectors. The retail and wholesale sector is considered to be the worst affected with more than 232 million job losses. Other highly affected sectors include manufacturing, accommodation and food services, and real estate and construction. Agriculture, education and public employment are in a slightly better position so far.

In terms of work hours, in the past three months, the world has seen a loss of more than 10.5% or the equivalent to 305 million full time jobs, according to the report.

The previous estimate, published in the first week of April, was of a drop of 6.7% which would have been around 195 million full-time jobs.

Both the estimates are based on the assumption of a 48-hour work week. However, in actual terms, it is higher in several countries including India where working hours are fixed for most of the workers in the informal sector, where more than 90% of the workforce is employed.

as the pandemic and the jobs crisis evolve, the need to protect the most vulnerable becomes even more urgent.

Since the most vulnerable workers have no savings, social security or access to credit, staying out of work means starvation for them and their families. This will also lead to a rise in global poverty as Oxfam has already estimated.

According to a study done by Kings College, London, and the Australian National University, published on April 9, 20% loss in income due to lockdowns imposed to contain COVID-19 could push an additional 548 million people below USD 5.5 a day. This would translate to nearly half of the world’s total population of 7.8 billion living in poverty in the post-COVID world.

The ILO report also highlights the fact that there will be a rise in relative poverty in most countries, with lower- and middle-income group states in Africa being the worst affected.

The ILO has urged governments to provide their workers unemployment benefits and financial support at this time of crisis, apart from offering institutional loans to small businesses. However, barring some countries mostly in the global north, most others have not announced any substantial plan to protect their workers.

Countries like Japan, Germany and the U.S., among some others, have instituted some kind of income support for the lockdown period, with Germany providing 60 to 78% compensation for loss of income. On the other hand, developing countries in the global south such as India have yet to come out with any real relief plan to compensate for the loss of income. The relief plan announced by some of these governments, including in India, is highly inadequate and largely focused on saving businesses rather providing any real compensation to workers.

Some countries such as Lebanon, Egypt, Iran and countries in Africa and Latin America, will need additional international financial support and easing out of different kinds of sanctions imposed on them if they are to protect their vulnerable sections adequately.

This necessitates the cancellation of these countries’ debt payments and the sanctioning of fresh loans, enabling them to use that extra money to take care of their workers and other vulnerable sections of society in order to save millions from starvation.

This means countries such the U.S. need to change their approach to the loan demands made by countries including Iran and Venezuela, and stop the use of strong-arm tactics such as placing sanctions.

Recovery will be a slow and long process

Though a large part of the jobs and enterprises may come back once the lockdown is lifted, recovery will be a long-drawn process. The virus outbreak in most of the poorer countries with substandard health infrastructure will make the restoration of all economic activities and return to normalcy unlikely in the short-term.

The report highlights the need for “strong labor market institutions and comprehensive and well-resourced social protection systems.” It also calls for better health facilities and working conditions for the workers as a means to facilitate better and smooth recovery.