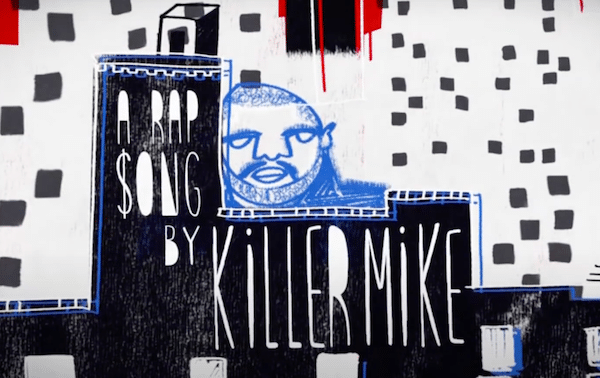 Ronald Reagan’s presence looms so large in gangsta rap, and casts such complicated shadows, that to invoke his name in a rap song is to summon an entire worldview and refer to a constellation of injustices in two syllables. Killer Mike uses Reagan’s name, smack in the center of his career-defining new album R.A.P. Music, as an artful metaphor for perpetuation of injustice. In “Reagan,” Ronald Reagan is less a person than a tendency, to be stamped out wherever it is found, even within rap itself: “We should be indicted/For bullshit we inciting/Hand the children death and pretend that its exciting/We are advertisements for agony and pain/We exploit the youth, we tell them to join a gang/We tell them dope stories, introduce them to the game/Just like Oliver North introduced us to cocaine/In the 80s when them bricks came on military planes.” Like all of his best work, it has the sweeping clarity of a dissertation, the galvanizing fire of a sermon, and the forcefulness of a hurled brick. This time, though, there is another quality present: the cleansing power of a confession.