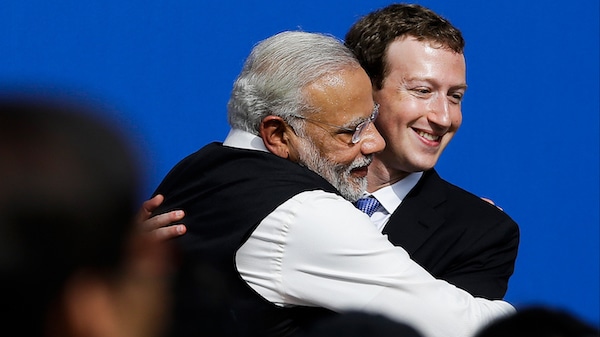 The American consumer market for big tech gadgets appears to have reached the point of saturation as the novelty of mobile devices and laptops plateau and the persistent lockdown sees savings dwindle and discretionary spending disappear. Apple, which has enjoyed reigning over the smartphone market for more than a decade, has been forced to drop its prices over the last year as a result of a market at full capacity.

Nevertheless, one of the world’s most liquid companies, along with other tech giants like Facebook and Google–whose parent company, Alphabet, Inc. recently overtook Apple as the most cash-rich company in the world–are taking full advantage of their position to gobble up startups in emerging sectors in the Artificial Intelligence (AI) space like Natural Language Processing (NLP), Machine Learning (ML) and Deep Learning (DL), in order to solidify their place in other, mostly untapped markets in developing nations.

Big tech’s insatiable appetite, as manifested in this current sprint to further consolidate their assets, is bound to give them even more control over their already substantial access to our data and other digital activities of the population at large. Earlier this year, then Presidential candidate Elizabeth Warren led the call to “Break Them Up,” in reference to the big tech companies, declaring that they had “bulldozed competition, used our private information for profit, and tilted the playing field against everyone else. And in the process, they have hurt small businesses and stifled innovation.” Her plan to “level the playing field,” however, seems to have gone away with her fleeting candidacy.

Nonetheless, they are all gearing up to face an election-year challenge to their growing power as a year-long House Judiciary subcommittee investigation is set to conclude and will more than likely provide plenty of fodder for the antitrust battles looming on the horizon. Some analysts have speculated that the U.S. government could impose fines on companies like Google in the tens of billions for past violations. But, whether or not this Congress implements measures with any real teeth remains to be seen.

American tech giants are turning their focus to south-east Asia as their original markets in the U.S. can no longer support most of their quarterly profit projections. Apple’s recent acquisition of Seattle-based Xnor.ai, which specializes in “low-power, edge-based artificial intelligence tools” that will help them develop low-cost hardware for things like security cameras using artificial visual intelligence.

The Xnor.ai acquisition is just one of several made by Apple this year. Others include an Irish AI platform called Voysis that enables voice interactions with digital retailers; NextVR, a virtual reality headset company that holds over 40 patents in that space and will help Apple carve out a niche in the burgeoning world of streaming music and sporting events.

Google, which already has a virtual monopoly over Internet search capabilities and related tools, is aggressively pursuing startups in the cloud computing space, healthcare, and advertising market. A salient example is the ongoing $2.1 Billion-dollar acquisition of Fitbit, which has reportedly entered its final stages but has raised calls in some quarters for U.S. antitrust regulators to take a closer look.

The bank of Zuckerberg

Meanwhile, Facebook is continuing its incursion into the virtual entertainment arena with the purchase of Sanzaru Games in February as the social media giant solidifies its VR stake by taking over both hardware and software sides of that emerging market. Zuckerberg has also added to his social media empire with plans to acquire animated gif search engine Giphy for $400 Million, extending his consolidation over two of the most popular social media and communication platforms in its portfolio: Instagram and WhatsApp. 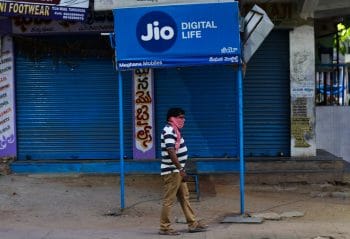 A man walks past a Reliance Jio signage in front of a closed shop in Hyderabad, India, Wednesday, April 22, 2020. Facebook says it plans to invest $5.7 billion in India’s telecom giant Reliance Jio. The investment will give Facebook a 9.99% stake in Jio Platforms, the digital technologies and app developing division of Reliance Industries. (AP Photo/Mahesh Kumar A.)

Facebook’s recent $5.7 Billion-dollar investment in India’s Jio Platforms also reveals how the tech giant is betting on Asia for its future growth. Facebook claims that Jio has “brought more than 388 million people online” and is poised to leverage its ubiquitous presence in the country through WhatsApp, boasting that the chat/call app has become a “commonly used verb across many Indian languages and dialects.”

The Indian telecom, led by that nation’s richest man, also includes a recently launched e-commerce site called JioMart, that further opens the door for Facebook’s digital payments platform and has the very real potential to put the social media company in a new class as a payment processing giant, shaking up the status quo in a space largely controlled by the banking sector.

Breaking out of the virtual gold cage

Having sucked the American market dry, these colossal corporations continue their unfettered growth and are increasingly beyond the reach of national anti-monopoly laws. Their aggressive push to consolidate across sectors in the technology space, coupled with the world’s ever-increasing dependence on digital platforms and tools is quickly leading us into a crisis of sovereignty.

If three companies own or have a stake in virtually all of the apps, gadgets and software that are ultimately responsible for collecting out data, performing our transactions and providing the content we consume, we will effectively become prisoners of these same corporations.

Even if Google were to re-instate the infamous “don’t be evil” motto in its code of conduct, such a state of affairs would render that promise moot. The slew of acquisitions by the world’s top tech companies in the midst of an economic depression for the rest of us does not bode well for a future of greater self-determination as the wealth and knowledge gaps grow larger.

Efforts to bridge these gaps are being undertaken by people like Dion Devow in Australia, an entrepreneur who is on a mission to close the gap between Indigenous Australians and IT. But, how effective can such efforts really be in the long run if the technological infrastructure continues to accumulate in the hands of so very few?