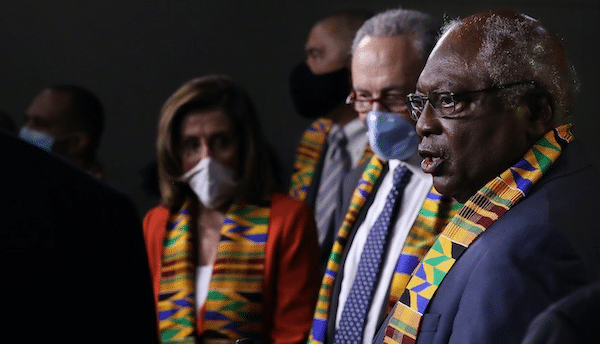 Building People’s Power is the vital arena of struggle under late stage capitalism, when the “system” is not only objectively failing, but the people know it is coming apart at the seams.

The most widespread protests since Dr. Martin Luther King Jr. was assassinated–and by far the most ethnically diverse oppositional turnout in modern U.S. history–have crested, although demonstrations and occupations continue in many localities. If governmental response is the measure of effectiveness, then the George Floyd protests were remarkably potent. City councils across the country have claimed to accept the basic premise that police are afforded too many immunities and too large a share of the public budget. The city council in Minneapolis, whose cops choked the life out of George Floyd, will in November submit to voters a referendum to replace the current police force with a “department of community safety and violence prevention” that could include a “division of law enforcement services” staffed with “licensed peace officers.”

At the federal level, Democrats in the U.S. House passed the George Floyd Justice in Policing Act of 2020 by a vote of 236 to 181, although the bill’s prospects in the Senate are dim. The Act includes virtually every “reform” measure that has been under discussion by the corporate parties since Michael Brown was shot down by a Ferguson, Missouri, cop in 2014, sparking over a year of “Black Lives Matter” protests.

This year’s protests made their most dramatic impact on public perceptions, with 61 percent of white people telling New York Times pollsters they now hold favorable views of “the Black Lives Matter Movement.” Statistically, these pro-BLM whites must include a significant number of Trump supporters, who make up more than half of U.S. whites. As BAR reported last week, the Times poll shows 70 percent of whites under the age of 45 and 85 percent of Blacks of all ages agree that “the killing of George Floyd was part of a broader pattern of excessive police violence toward African-Americans rather than an isolated incident.”

On the ground, the State response to the protests was far less friendly. Curfews were imposed on at least 200 cities and the National Guard was called out in 30 states and Washington, DC. More than 11,000 people were arrested. However, it does not appear that the cops or Guard troops killed anyone taking part in the protests, many of which were anything but peaceful.

Possibly one of the most phenomenal aspects of this year’s protests is that the presidential election cycle has failed to banish the anti-police agenda from the public mind. As happens every four years, corporate media and the two-party monopolists insist that November’s vote is the “most important in history.”  But this time the people have their own ideas about the nature of the crises that are roiling their lives–one of which, the COVID-19 pandemic, has become a born-again mass killer, with new cases hitting record highs. Americans know full well that the coronavirus resurgence will also extend and deepen the economic crisis that has already devoured tens of millions of jobs. But, remarkably, the public appears able to hold all three crises–Covid, cops and a collapsing economy–in the front of their minds, despite the two corporate parties’ efforts to impose election year mass zombification.

Clearly, as the old song goes, “Something’s happening here…” The public appears to internalize the killer cop crisis as part of a general disfunction of a U.S. state that has utterly failed to protect its population from contagious disease and has no plan to save the people from a second Great Depression. For the first time, (slim) majorities of whites finally seem able to wrap their minds around the fact that Blacks suffer disproportionately from all of these governmental failures–or intentional outcomes.

Which brings us to another marked difference between the current era and the aftermath of Black agitation and rebellions in 1967-68. When cities burned and Black Panthers called for community control of the police half a century ago, both corporate parties and the vast bulk of the white public supported the swift and brutal imposition of a mass Black incarceration regime that would increase the U.S. prison and jail population 12-fold over the next two generations. Yet, despite President Trump’s efforts to whip up a racist fury over the “riots” that punctuated last month’s George Floyd protests, there is not yet a discernable white backlash outside the confines of the White Man’s (Republican) Party, whose organizing principle is white supremacy. If this trend holds, we are witnessing the first Black challenge to white supremacy that does not set off a general white backlash across the United States. It is a “crack in time” that I believe is the result of the general Crisis of Legitimacy afflicting the U.S. ruling order. Americans, including large numbers of whites, no longer see the government as either responsive or competent. Thus, many whites–specially the younger cohorts–don’t trust anything anymore, including their own prejudices. World views come apart and the urgency of now becomes primary.

For young African Americans, the Black Radical Tradition is reinvigorated after a two-generations-long sleep. But that Tradition does not include any memories of sustained victory over the ruling corporate order, a significant sector of which was a tacit ally of the 1950s and 60s movement against official American apartheid because it impeded the free flow of capital and delayed creation of a truly global capitalist order. In place of Black power (self-determination), the rulers offer “diversity” and–when confronted by hundreds of thousands of George Floyd protesters in the streets–a kinder, gentler system of property and privilege protection.

The last thing the Black Misleadership Class wants is a Black power-seeking movement. Wedded as they are to a token “place” in the capitalist spoils system, these misleaders have shown remarkable loyalty to their bosses in the Democratic Party and, until recently, to the police that kill their constituents at will. Despite decades of Black grassroots warnings against the growing militarization of the U.S. police, in 2014 the Congressional Black Caucus voted 32 to 8 to continue the infamous Pentagon 1033 program that funneled billions of dollars in weapons and gear to local police departments. (A program that increased 24-fold under the First Black President, Barack Obama.) The “Black Lives Matter” movement was born only months later, but had virtually no effect on the Black Caucus’s slavish politics. Four years later, 75 percent of Black House members shamelessly supported the Protect and Serve Act of 2018, which elevated cops to a “protected class” and made assault on police–the offense you are charged with when the police kick your butt–a federal “hate” crime. It was as if Michael Brown had never died at police hands in Ferguson, and Baltimore and other cities had not exploded in revolt. The Black Misleadership Class was impervious to pressures from within the Black community, and responsive only to its handlers in the Democratic Party.

The sweeping scope, gargantuan size and multi-racial makeup of the George Floyd protests clearly rattled the Black Caucus’s boss lady, Nancy Pelosi, who instructed her cop-loving Black lackies to  break out the kente cloth and array themselves around her on the Capitol kneeling grounds. However, nothing they offered in the wake of the “Black Lives Matter” protests defunds the police or puts them on the path to abolition. None of the “reforms” change the essential nature of police as an occupation army in the Black community, as they were described half a century ago.  There is no Black Power, or any kind of People Power, in the House Democrats’ bill of concessions to mass protest.  And, despite some initial panic among the local political guardians of the corporate oligarchy, city and county governments will not allow power to devolve to people’s direct control – over the police, schools, social services or anything else of importance–without a Demand based on a People’s Power Plan.

Cuts in police budgets may rightly count as victories for the protesters that demanded cuts (or, it may actually be the result of across-the-board cutbacks due to collapse of tax revenues in the Great Depression Two). But diminished budgets do not make the police accountable to the people or allow the people to reinvent policing (or whatever folks choose to call the mechanisms of their security). Transfer of duties previously (mis)handled by cops to more competent agencies is a good thing, but will not result in People’s Power unless those agencies are brought under community control, along with the police.

Building People’s Power is hard work–more difficult, in many ways, than confronting the enemy’s uniformed goons in the streets. But this is the vital arena of struggle under late stage capitalism, when the “system” is not only objectively failing, but the people know it is coming apart at the seams.

“Reforms” that leave power in the hands of the oppressor and his flunkies succeed mainly in making the enemy look good. It buys the oppressor more time to harm the people–which is what the Democrats were seeking when they adopted the vocabulary of protest and embraced “reforms” they had previously rejected in the face of a Black-led popular insurgency. Movement organizers must avoid providing opportunities for scoundrels, sell-out artists and Democratic Party operatives to pose as friends of “the community.” The lasting victories are those that result in weakening the oppressor and empowering the people. Remember the words of Amilcar Cabral: