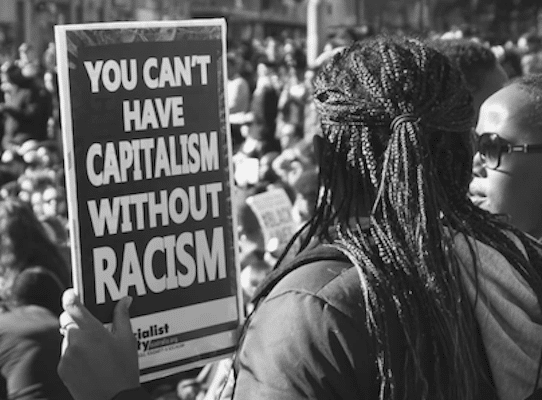 The centrality of race in the devilment of capitalism continues to be resisted by “the sort of hardline, orthodox folks who only look at class, alongside the sort of liberals and so-called racial multiculturals who have the misconception that race no longer matters,” said Charisse Burden-Stelly, professor of Africana Studies and Political Science at Carleton College. Dr Burden-Stelly authored a recent Monthly Review article titled “Modern U.S. Racial Capitalism: Some Theoretical Insights.”