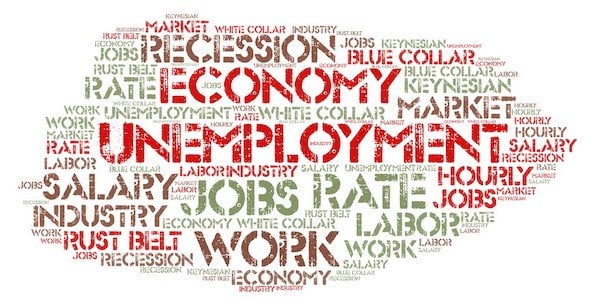 Today’s jobs report from the Bureau of Labor Statistics shows two months in a row of payroll employment gains, an increase in jobs of 4.8 million in June on top of 2.7 million in May. But, because so many jobs were lost in March and April, we are still 14.7 million jobs below where we were in February, before the pandemic spread. Additionally, today’s unemployment insurance claims data showed that last week, 2.3 million workers applied for unemployment benefits (1.4 million applied for regular state unemployment insurance, and 0.8 million applied for Pandemic Unemployment Assistance). This is the 15th week in a row that unemployment claims have been more than twice the worst week of the Great Recession.

In June, jobs were added due to many states continuing to lift their stay at home requirements. Job gains occurred primarily in leisure and hospitality, an increase of 2.1 million, a significant share of the overall rise of 4.8 million. Other sectors that saw significant job gains include retail trade, education and health services, other services, manufacturing, and professional and business services. Public-sector employment saw a mild uptick, though that was due to seasonal adjustments, which anticipate a drop off in employment at the end of the school year and mean month-to-month changes are providing distorted information in this sector right now. Since February, state and local government jobs are down 1.5 million. (This is described in more detail below.)

Unfortunately, deepening pain is on the horizon. As bad as the labor market is, it’s likely that June is a temporary respite from the storm. Given the increase in coronavirus over the last couple of weeks along with re-shuttering of businesses as well as the pending expiration (on July 25th) of the $600 enhanced weekly unemployment insurance benefits, June’s labor market—as weak as it is—is the best we can expect for a while. With the hit to incomes from the loss of the $600 per week UI benefit and the increasing spread of the coronavirus, economic activity will soften because people don’t have the money to spend and they are afraid to go out.

The reference period for the jobs survey was mid-June, just before COVID-19 cases began to spike. We are already hearing reports of people being laid off for the second time. As mentioned above, unemployment Insurance data since the mid-June reference week continue to show historically high initial claims—2.3 million for the week ending June 27 (including both regular state UI and Pandemic Unemployment Assistance). These are initial claims, less and less likely to be residual claims from pent up demand from the initial weeks of overloaded state unemployment insurance offices.

Further, without massive additional federal aid, austerity is certainly on the horizon for state and local governments, because state and local tax revenues are plummeting. This means losses in public sector services, including cuts to school budgets at a time when schools are already struggling with the increased need for creative options for students. Losses in public-sector employment will affect Black workers more, particularly Black women workers. The slight rise in public sector employment in June was an artificial correction given large drops in employment at periods when employment is typically stable as opposed to end of the year drops which would be captured by the seasonal adjustment. Employment in state and local government is still 1.5 million (or 7.5%) lower than February. The local public sector losses have been concentrated in public K-12 education, which was still below its pre-Great Recession levels before the pandemic hit and is now 0.7 million jobs (or 8.3%) below where it was in February.

Congress needs to act. The personal income data not only show how important unemployment insurance has been in buffering households and the economy, it also shows just how bad things will get when the enhanced unemployment insurance benefits of $600 per week expires. This economic pain is avoidable. Further, Congress needs to protect workers who have to go to work with adequate compensation and a safe work environment. And, Congress needs to provide substantial aid to state and local governments, which is essential to providing necessary services and is key to the recovery.

The data all point to more trouble to come. We are not unambiguously on an upward trajectory. Policymakers would do well to provide safeguards so that workers and their families can heed the advice of health experts without sacrificing their economic well-being.