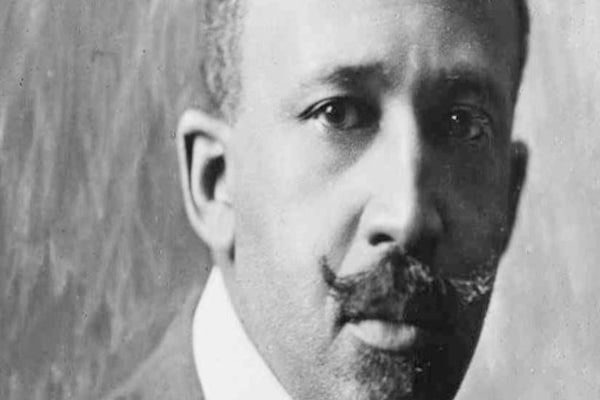 Du Bois appears to have anticipated the coming of the neoliberal dystopia.

Black colleges are needed as institutions that expose and challenge the false ideologies and violent practices of a dying civilization.

In this series, we ask acclaimed authors to answer five questions about their book. This week’s featured author is Andrew J. Douglas . Douglas is Associate Professor of Political Science and faculty affiliate in Africana Studies and international comparative labor studies at Morehouse College. His book is W. E. B. Du Bois and the Critique of the Competitive Society.

Andrew J. Douglas: This book sets out to challenge some of the assumptions that undergird what I call the competitive society—that is, a society marked by winners and losers, a world in which Black people are routinely expected to bear the burden of loss and defeat. We’ve been taught that competition is not only natural and inevitable, but that we ought to champion market principles and celebrate our “freedom” to do battle with one another. But if we reduce ourselves and others to competitors, if we presume that we must stay on the offensive or at least guard against potential threats to our success, our property, our way of life, can we ever hope to abolish the inequity, divisiveness, and deeply racist animosities that remain so vivid in the age of Trump?

This book wrestles with the racial politics of our ongoing neoliberal nightmare. Many point toward the Reagan-era roots of the neoliberal age. But the origins of neoliberal theory can be traced back to the 1930s. My book looks almost exclusively at Du Bois’s writings from that period. It was a time in which Du Bois had grown thoroughly disillusioned with liberalism and capitalism. And in many ways Du Bois appears to have anticipated the coming of the neoliberal dystopia—again, this world in which we are compelled to reduce ourselves and others to little more than competitive market actors, little bits of self-investing human capital. As democratic publics continue to be dismantled, as the reign of capital gets further entrenched and normalized, this book encourages a more critical dialogue about how the public commitment to competitive market principles serves the interests of what Du Bois calls the “white world” and prevents realization of alternative possibilities.

What do you hope activists and community organizers will take away from reading your book?

One chapter of the book considers Du Bois’s vision for the Black college as a locus of social criticism and scholar-activism. Many are familiar with Du Bois’s defense of the liberal arts. But into the 1930s, he articulated a more radical vision for Black colleges vis-à-vis white schools. He argued that Black colleges had an obligation to chart radically new paths and to resist replicating what the “white world” was doing—including its tendency to promote market values and equip college graduates with tools to divide and conquer. Into our own time, as many HBCUs find themselves pressured to accommodate, and very explicitly in an effort to stay competitive, Du Bois’s legacy reminds us that, as Vincent Harding put it, “dark copies of dying whiteness are no longer needed.. And this is to say that Black colleges are needed more than ever, but very precisely as institutions that expose and challenge the false ideologies and violent practices of a dying civilization.  So one way in which this book speaks to organizers is by encouraging new thinking about the relationship between organizers and HBCUs. This relationship is fraught with tension, to be sure—around class, gender and sexuality, respectability politics, among other matters. But today’s Movement for Black Lives, for example, has made a rethinking of this relationship an explicit and integral part of its platform.

I’ll add that the book concludes with a brief chapter on Martin Luther King, Jr. And while I focus on King as a theorist and critic, while I situate King in intellectual relation to Du Bois’s thinking about liberalism and capitalism, King provides a vivid reminder of how theory both informs and is informed by the struggles of organizers and others engaged in movement work.

We know readers will learn a lot from your book, but what do you hope readers will un-learn? In other words, is there a particular ideology you’re hoping to dismantle?

The entire book is about un-learning what we’ve been taught about competition. We tend to celebrate the idea without acknowledging the simple fact that even “fair” competition guarantees unequal outcomes—winners and losers. We tend to celebrate competitive market principles without acknowledging what their application means in the context of racial capitalism and uneven development. We tend not to acknowledge that the competitive society incentivizes, encourages, and routinely requires the exploitation of racial difference in the endless pursuit of growth and capital accumulation. These structural features of the competitive society—which go to the very core of liberal theory, the meta-category of the “white world”—have grown particularly acute in the post-civil rights era, in a formally “liberated” society in which Black people are said to be more fully “free” to compete. So this book considers a Du Bois engaged in old-fashioned ideology critique. He exposes how basic liberal ideas, what can appear to be universally appealing ideas about competition and individual freedom, have been set in motion historically by and for a particular few. He exposes how the endurance of these ideas continues to serve the interests of the “white world.. And he encourages us to challenge the normality of a society in which these ideas predominate. Not only does this require that we problematize liberal theory, it also requires our “maladjustment,” as King would say, to the inequalities and inequities, racial and otherwise, that the competitive society reproduces as a matter of course.

Who are the intellectual heroes that inspire your work?

In addition to Du Bois and King, there are several noteworthy sources of inspiration for this book. One is Cedric Robinson, the pioneering scholar of racial capitalism and the Black radical tradition. Another is Abram Harris, the Howard University economist who was instrumental in Du Bois’s engagement with Marxism in the 1930s. Yet another is Vincent Harding, who gets only passing attention in the book. But Harding’s legendary 1971 essay on the world-historical significance of the Black university is the best articulation of a Du Boisian vision for Black educational institutions that I know of. This book also draws inspiration from the scholarship of Angela Davis, Adolph Reed, and Michael Dawson. And certainly Karl Marx provides a theoretical critique of capitalism that Du Bois, and each of the others mentioned here, thinks both with and against.

A colleague once mentioned his wariness about new books on Du Bois—the concern being that Du Bois garners disproportionate attention, often to the detriment of Black women intellectuals, Black queer intellectuals, and countless others who deserve far more respect and exposure. I share this concern, and in some ways I never wanted to write a book on Du Bois. In teaching Du Bois at Morehouse over the years, in dialogue with my students, I stumbled onto this new reading and new application of Du Bois’s critique of liberalism and capitalism—again what I call the critique of the competitive society. And over time I became convinced that this book had to be written. So I will include among my intellectual heroes dozens of Morehouse College undergraduates with whom I have dialogued and who have enriched my thinking in immeasurable ways.

In what way does your book help us imagine new worlds?

The book really underscores the importance of critique and diagnosis. It is more negative than positive. But critique is like spadework. We must uproot and expose the problems in order to avoid allowing them to sprout up again. This is a deferential response to the question, but I think it is appropriate to highlight one distinctive feature of Du Bois’s critical theory, what I call its speculative dimension. Throughout his life, and like many Black radicals past and present, Du Bois stressed the urgency and necessity, if not inevitability, of a Black-led movement that would transcend the racism, imperialism, and pervasive violence of Western modernity. But he never really said much—concretely, substantively—about what a transcendent and more sustainable world would entail. Perhaps this was an act of democratic deference, or an effort to step aside and follow the creativity and self-activity of a people. And this is, to be sure, a slightly different reading of Du Bois on the leadership question, as he is more usually associated with the top-down elitism of his turn-of-the-century “talented tenth” thesis. But Du Bois frequently gave his audiences something akin to a charge, a stirring and provocative articulation of the task as duty or responsibility. In terms of his speculation about the future, he could be quite deferential in this way. But this is, I believe, an appealing and radically democratic aspect of his critical theory. And it is a part of his legacy that I attempt to build on in this book. While the book does not proffer speculation about what future worlds ought to look like, it can, I hope, inspire its readers to respond to the charge.

Roberto Sirvent is Professor of Political and Social Ethics at Hope International University in Fullerton, CA, and an Affiliate Scholar at Yale University’s Interdisciplinary Center for Bioethics, where he directs the Race, Bioethics, and Public Health Project. He is co-author, with fellow BAR contributor Danny Haiphong, of the book,  American Exceptionalism and American Innocence: A People’s History of Fake News—From the Revolutionary War to the War on Terror.